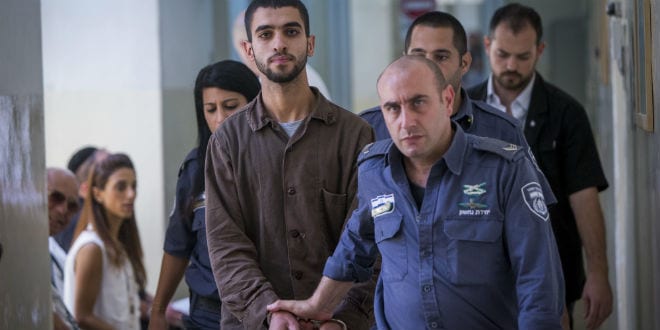 Palestinian terrorist prisoners are viewed by the Palestinian Authority as “soldiers” who carried out orders from the PA leadership. Palestinian Media Watch has exposed a number of such statements in the past, and now Chairman of the PA-funded Prisoners’ Club Qadura Fares has again confirmed this position. In a recent speech, Fares stated that all prisoners are “soldiers” who “fought according to instructions” from the Palestinian leadership. Fares made sure to include all “national and Islamic factions,” thus accepting overall responsibility for all Palestinian terror attacks carried out not only by Fatah but also by the Popular Front for the Liberation of Palestine (PFLP), Hamas, Islamic Jihad, and others:

A prime example of the PA’s viewing terrorists and murderers as “soldiers” and “fighters” on behalf of the PA was delivered by PA Chairman Abbas himself who called for the release of all Palestinian prisoners because it was the PA that sent them to kill Israelis:

PA Chairman Mahmoud Abbas: “I demand [the release of] prisoners because they are human beings, who did what we, we, ordered them to do. We – the [Palestinian] Authority. They should not be punished while we sit at one table negotiating…
This is war. One (i.e., Israel) ordered a soldier to kill, and I ordered my son, brother, or others, to carry out the duty of resistance (i.e., euphemism for terror). This person killed and the other person killed. So why say this person’s hands are stained with blood, and [he] must be kept in prison? He is a fighter just like any other fighter…”

Abbas’ spokesman Nabil Abu Rudeina also confirmed this when he defended the PA’s paying salaries to imprisoned and released terrorists and families of dead terrorists, referring to them as “soldiers sent to war”:​

“[Spokesman for Mahmoud Abbas, Nabil] Abu Rudeina spoke about the Palestinian Authority’s difficult financial situation due to [Israel’s] deduction of tax money because of the [PA’s] transfer of salaries to the families of terrorists and prisoners and said that… ‘Israel needs to understand this. It is impossible to send a soldier to war and then not take care of his family. We are talking about someone who acts on our behalf and receives orders from us.'”

It is because the PA admits that all terrorists in prison were sent by the PA leaders, that it  demands the release of all Palestinian prisoners, defining them as “Prisoners of War” (POWs), and defends its policy of rewarding all terrorists with salaries.