How can you Experience Joyousness in the month of Adar ? These Israelis Reveal some Useful Tips

“All you peoples, clap your hands, raise a joyous shout for Hashem.”

Home » How can you Experience Joyousness in the month of Adar ? These Israelis Reveal some Useful Tips 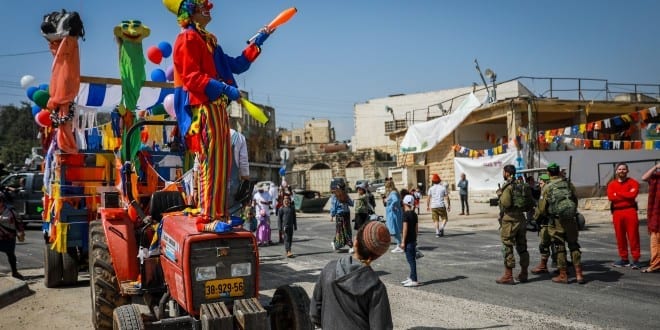 Without a doubt, we are living in the darkest period of history since WWII. COVID-19. Vaccine controversy. Big tech censorship. Cancel culture. Claims and counterclaims about US election fraud. Terrorism. Evil. Anyone who follows the news can easily feel themselves sucked into a swirl of negativity, lies and concealment.

Yet, in the Hebrew calendar, the joyous month of Adar, in which the redemptive holiday of Purim is celebrated, began this past Friday night. Adar is best known for the spiritual power of venahafoch hu, which means things turning upside down or reversing the situation in a surprising way.

And so, on the thirteenth day of the twelfth month—that is, the month of Adar—when the king’s command and decree were to be executed, the very day on which the enemies of the Yehudim had expected to get them in their power, the opposite happened, and the Yehudim got their enemies in their power. Esther 9:1

Three Israeli voices, the founding chairperson of Zaka, a rabbi and a woman Torah teacher are each, in their individual way, encouraging people to plug into the positive energy of Adar which lasts until March 13, 2021.

Yehuda Meshi-Zahav is the founder and chairperson of ZAKA, an organization whose primary mission is to help identify victims of disasters when the bodies are no longer intact. ZAKA is an acronym for zihuy korbanot ason and refers to their role in disaster victim identification.

ZAKA volunteers, most of whom are Orthodox Jews, gather body parts and blood that was lost at the scene of a terror attack, fatal road accident or other disaster, in order that a proper and complete burial can be conducted.

Last month, Meshi-Zahav lost three immediate family members in a 30-day period. His parents died from COVID-19 a few days apart, just weeks after his brother passed away. In response, he launched a campaign to encourage people to do acts of kindness.

He who strives to do good and kind deeds attains life, success, and honor. Proverbs 21:21

The Hebrew of Psalms 89:3 says olam chesed yiboneh which means that the world is built on kind deeds, called chesed in Hebrew. Acts of kindness are an excellent antidote to darkness and depression.

In his most recent video, Anava explains how the biblical War of Gog and Magog, described in Ezekiel 38, is a war of thoughts. “The last war is not necessarily going to be a physical war. It can definitely escalate into a physical war, no doubt. We can easily find ourselves, within a day or two or a month or two under a barrage of missiles. But the hint in the name of the war is that the war is not going to be with the body.

“How? Where do we see that? Because the name of the war is called Gog u’Magog.” He explains that, in Hebrew, the letters are the same as in the word gigim which means thoughts. “Not only thoughts,” explained Anava, “but also toda’ah, consciousness.”

In the final minutes of the 90-minute lecture, Anava offered concrete suggestions for managing one’s thoughts, one’s consciousness and one’s feelings of being overwhelmed by bad news. “Your job is not to fight darkness,” he instructed. “Your job is to increase light!”

How does one do that? He offered these suggestions:

Tzfat-based Shifra Hendrie is a spiritual mentor and teacher who offers life-changing teachings and programs in the mystical wisdom of authentic Kabbalah (mystical Jewish teachings) to Jews and non-Jews throughout the world.

Hendrie has just launched The Adar Project, a grass-roots movement intended to last the entire 30 days of the month of Adar. In her enthusiastic words, the project is “30 days of unreasonable joy and celebration to blast away the darkness and bring back deliciousness and togetherness to the world!

“The Adar Project is here to accomplish a spiritual transformation, by joining us together spiritually and energetically throughout the auspicious, transformational month of Adar, to broadcast unreasonable joy, celebration, happiness and light into the world.

“Instead of being receptors for fear and reactivity, we are going to turn ourselves into broadcasters of Divine Light, Divine Joy and transformation of darkness to light.”

Henrie encourages everyone, Jew and non-Jew, to participate. It’s very simple. Every single day throughout the month of Adar (from now until March 13), Hendrie asks that we do these three things: “Do at least one extra thing that makes you happy. Big, small, spiritual, physical, it’s all good! Do at least one extra thing to make others happy! Encourage everyone in your world to do the same!

“The month of Adar carries the peak Divine potential for transformation and healing — specifically through happiness and celebration. It’s already here so we don’t need to create anything. We simply need to align with its frequency, which makes us antennae that will attract that supernatural power and bring it down into the world.

“Know that every single bubble of laughter, every single moment of gratitude, a little song, a little dance (even if you’re not in the mood!), every single act of kindness, every single bit of pleasure – even in physical things, will align us and make each of us channels for Divine joy and transformation NOW… to pull down this energy and broadcast it into the world,” she enthuses.

#TheAdarProject hashtag is beginning to appear on social media and Henrie emphasizes that “This is for people of all backgrounds, from around the world!”