At that time Yehoshua built a mizbayach to Hashem, the God of Yisrael, on Har Eival, 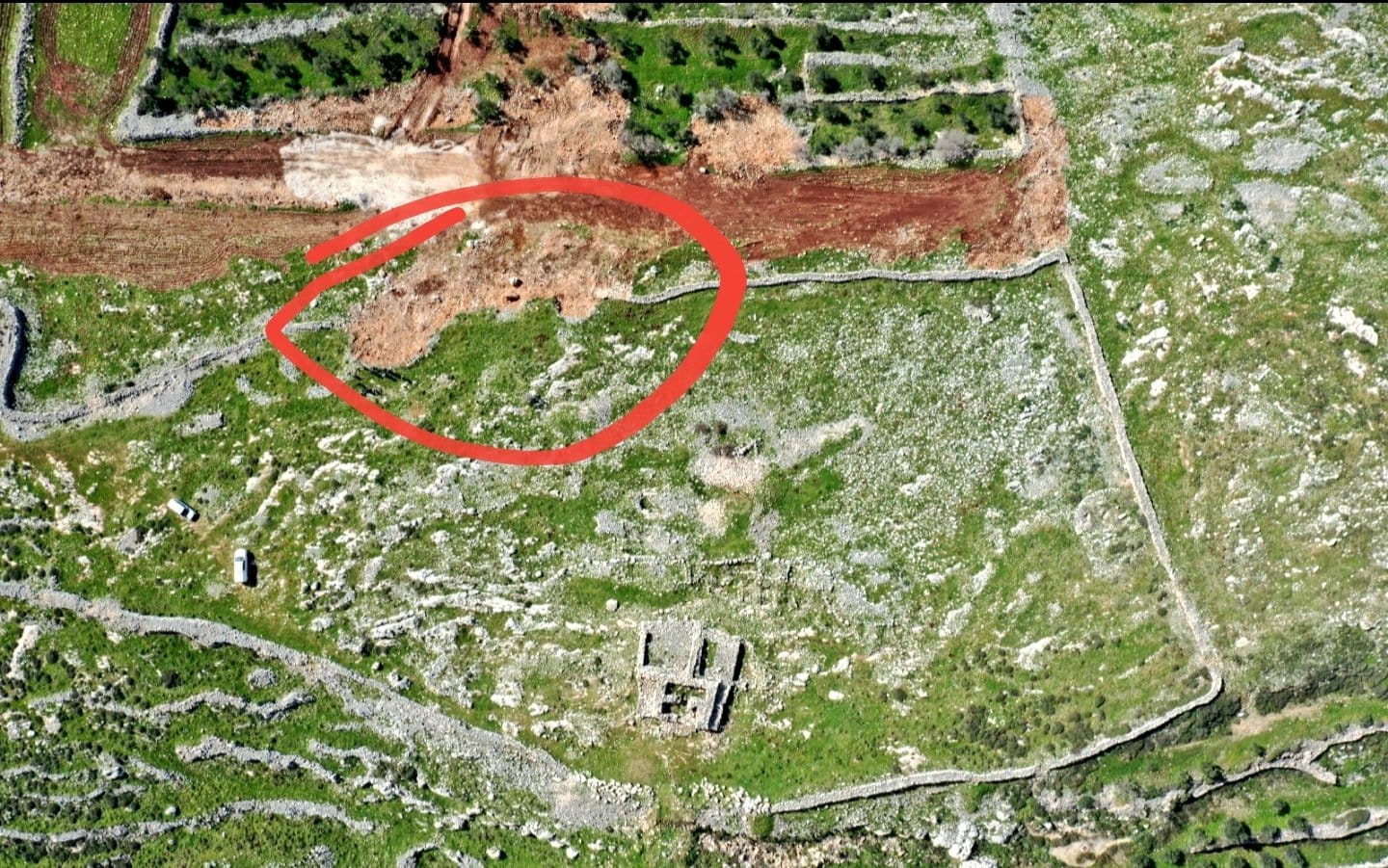 Over the last few months, the Palestinian Authority (PA) paved a new road adjacent to the altar of the Biblical Prophet Joshua on Mt Ebal, north of Shechem in the Samaria region.

The road was built to connect the Atzira a-Shamalia village and Shechem. MK Michal Shir  sent an urgent request in the Knesset approximately two months ago. Michael Biton, a minister in the Defense Department, replied that the operation was approved by the IDF’s Civil Administration and that there was no damage done to the archeological site.

But the Preservers of Eternity organization, who documents PA damage to archeological sites in Judea and Samaria, has discovered that in recent weeks the PA has executed construction work using heavy machinery that has damaged the site.

Stones that comprise one of the sides of an ancient fence were demolished using a jaw crusher to act as a substrate for the new street. The Palestinian Authority is working without any type of oversight because the site’s location lies in Area B.

Ofra spokesman and Judea and Samaria tour guide Aaron Lipkin responded to the development saying: “I’m devastated….The Altar of Joshua on Mt. Ebal is in grave danger. The Palestinian Authority has destroyed the wall of the Footprint structure around the Altar. My heart is broken…..Please contact your Senators / Pastors and ask them to reach out to the U.S Administration demanding that the Palestinians stop the destruction of this Holy Biblical site and will halt the construction of the road beside it.

The Altar of Joshua on Mt. Ebal is in grave danger.

The Palestinian Authority has destroyed the…

According to PA officials, claiming the site to be a Jewish altar is a fabrication of “Palestinian history” – a phenomenon rejected by all major historians.  The video below clearly shows that the stones were intentionally destroyed.

Samaria Regional Council chairman Yossi Dagan called on the IDF to put a stop to the destruction of the archaeological site immediately. “This is a direct and unfortunate continuation of the contempt of all concerned regarding the historic sites of the Jewish people and the State of Israel,” he said.

Dagan noted that Joshua’s altar isn’t the only archaeological site being destroyed saying: “From the National Park of Ancient Samaria through Tel Aroma to the altar of Joshua son of Nun, it is shocking to see how the Palestinian Authority brazenly destroys the archeological sites dear to all mankind.”

Religious Zionism party chief, MK Bezalel Smotrich, responded to the development saying: “Religious Zionism [party] will demand the the Civil Administration be shut down, as this is one more of its many failures, and the transfer of responsibility for the management of the territory in Judea and Samaria to the government ministries directly. De facto sovereignty.”

Joshua’s Altar was listed by Israel365 News in the top ten Biblical sites in danger of destruction under Trump’s Peace Plan.