For the wicked and the deceitful open their mouth against me; they speak to me with lying tongue. 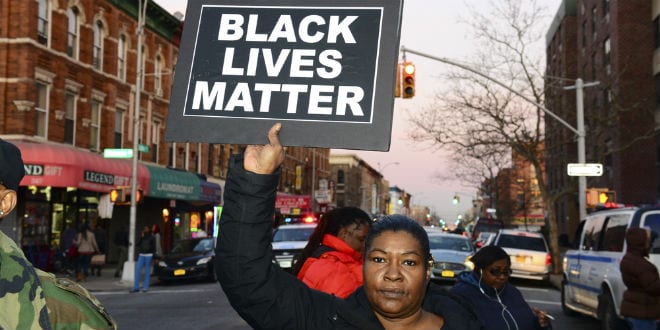 Marc Lamont Hill, a former CNN commentator, spoke on a virtual discussion group, called for BLM to “dismantle” Israel, what he called “the Zionist project” because of its white supremacist nature. In what can only be described as a case of cognitive dissonance generated by senseless hatred of Jews, Hill described Israel as “white supremacism.”

In a clip posted on YouTube of the online discussion held on Saturday, Hill states, “We can’t dismantle white supremacy or imperialism section by section.” He described the target of this dismantling as and said this applies to Israel as the “settler-colonial movement in Palestine.” This is to be understood as referring to Israel.

Hill said that all of their ideology “speaks to a global system that we have to dismantle.”

“Black Lives Matter, very explicitly, is talking about the dismantling of the Zionist project,” Hill said, noting that BLM is “very explicitly embracing BDS on those grounds.”

Hill is a professor of media studies and urban education at Temple University and the host of UpFront on Al Jazeera English. He was fired by CNN in 2018 after giving a speech to the United Nations at a ‘Palestinian solidarity’ event that included anti-Semitic remarks. He also called for “a Free Palestine From the River to the Sea,” a statement that is often used by Hamas as a call for the eradication of the State of Israel. Hill also told the UN that non-violent protest, as prescribed by Mahatma Gandhi and Dr. Martin Luther King Jr., cannot be the only tactic to fight injustice.

“We must recognize the right of an occupied people to defend itself,” Hill said to the UN. “We must prioritize peace. But we must not romanticize or fetishize it.”

In 2014, before being fired, Hill stated on CNN that the kidnapping and murder of three Jewish teens, Naftali Frenkel, Gilad Shaer, and Eyal Yifrah, wasn’t “terrorism”, but “resistance”. He also stated that “occupied people have a legal and moral right to defend themselves” and that the idea that Israel has a “right to exist” is “propaganda”.

Hill has also embraced the ideology of the Nation of Islam leader Louis Farrakhan who is infamous for his extremely anti-Semitic statements such as  comparing Jewish people to termites.

The Democratic Socialists of America supported Israel throughout much of its history but in 2017, members of the organization passed a motion to formally endorse the Boycott, Divestment, and Sanctions movement (BDS). Notable DSA members include Linda Sarsour, Rep. Alexandria Ocasio-Cortez,  Rep. Rashida Tlaib, Cornel West, Noam Chomsky, and Michael Moore.

The recent online discussion was also hosted by the National Political Education Committee, the DSA Muslim Caucus, and the Afrosocialists and Socialists of Color Caucus (AFROSOC).