The king loved Esther more than all the other women, and she won his grace and favor 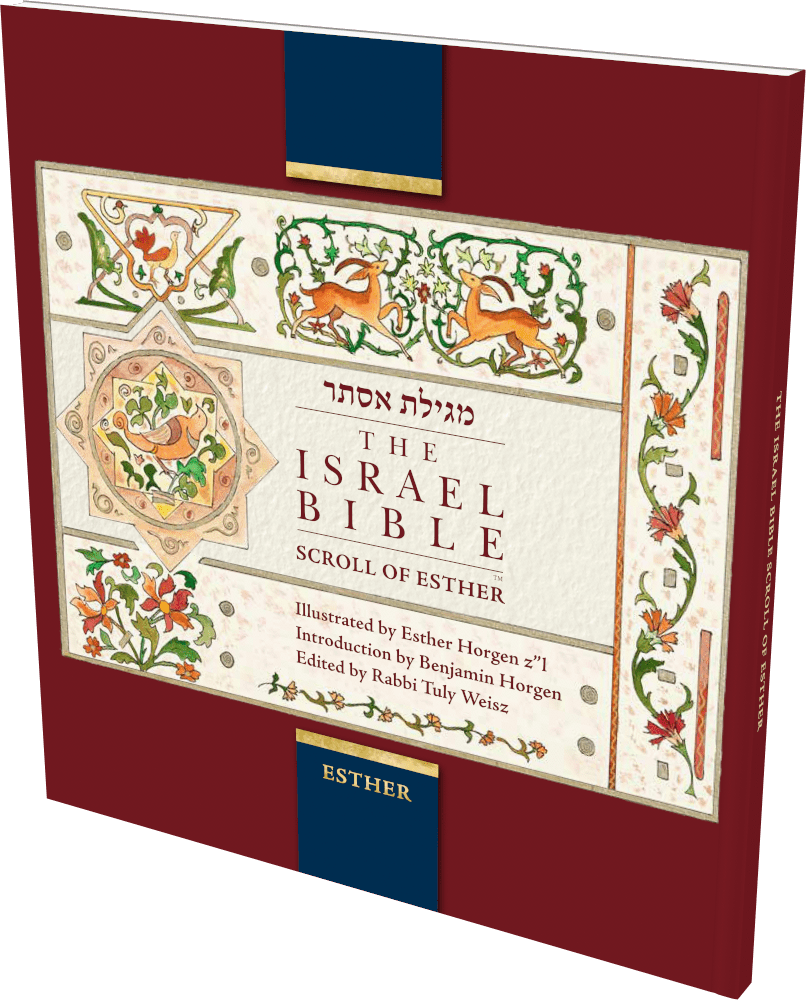 A new Scroll of Esther with English translation and commentary is now available just in time for the Purim Holiday.

Israel365 has just launched The Israel Bible Scroll of Esther which was inspired and illustrated by the late Esther Horgen, of blessed memory.

Horgen was murdered in December by an Arab terrorist while she was hiking in a forest near her home in Tal Menashe in the Samaria region of Israel. Esther left behind a husband and six orphans – two girls and four boys. Her youngest is 13-years old and celebrated his bar mitzvah only a few months ago. A spiritual soul, Esther was also a talented artist. But because her life was so tragically cut short, her artwork never got the chance to be showcased…Until now.

That’s because this new Scroll of Esther dedicated in her memory is designed with Esther’s never-before-seen artwork.

Additionally, Israeli Prime Minister Benjamin Netanyahu wrote an endorsement for the book where he reveals how the story of Purim is happening today before our very eyes and how as the leader of Israel, he is combatting the resurgence of the evil Haman.

This unique scroll also features a letter from Israel’s president, Reuven Rivlin. It features an introduction, written by Esther’s husband Benjamin Horgan relating how his late wife’s soul is connected to the revered Queen Esther.

The foreword by Israel365′s Rabbi Tuly Weisz, provides the reader with valuable insight into the holiday and it’s spiritual significance for the Nation of Israel today.

The scroll features the manuscript’s original Hebrew text opposite an English translation making it easy to follow and understand for those who can’t read the ancient language. It is also dotted with transliteration allowing the reader to recite Queen Ester’s words in it in it’s original text.

Additionally, this new version of the Scroll of Esther boasts highly insightful commentary providing a vital glimpse into the hidden meanings behind the words written in the holy scroll.

To be among the first to purchase this truly unique Scroll of Esther, simply click here. Proceeds from the sale of this volume will be used to create a park in Horgen’s memory at the site where she was killed.

The holiday of Purim takes place on Friday, February 26. Order your copy of The Israel Bible Scroll of Esther today.