Jethro: A Timeless Model for Jews and Christians

Home » Jethro: A Timeless Model for Jews and Christians 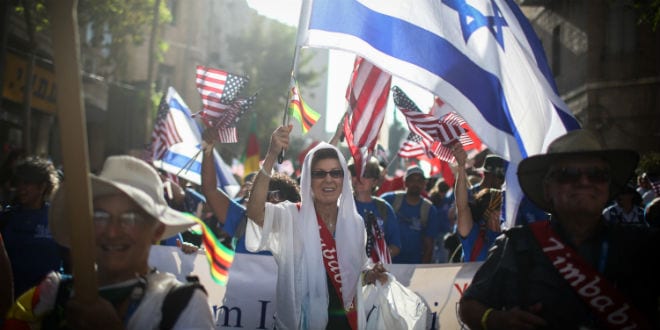 Jewish tradition is to read the Torah, the first Five Books of the Bible, in an annual cycle so that every year we read and study it in its entirety. The weekly Torah portions, parsha, are divided into segments from Genesis through Deuteronomy, each with a different name according to a theme, action, or person that is prominent at the beginning of the parsha. Each year, I find a new insight reading the same text, not necessarily because I am smarter or wiser, but because I am in a different place in my life, and look at the Word through a different prism. I am neither a rabbi nor a Biblical scholar. However, through my unique prism of building bridges between Jews and Christians and Christians with Israel as President of the Genesis 123 Foundation, I tend to read things differently not just year to year, but also from most other Jews.

This week we read the parsha called Yitro, Jethro, Exodus 18:1-20:23.  There are a few noteworthy things that jump out in this portion, specifically in how it relates to the relationship between Jews and Christians.

First of all, as a person, Jethro’s main significance is that he was Moses’ father-in-law.  In some instances, he’s referred to only with this title. It’s not always a given that one has a positive relationship with one’s father-in-law, that the father-in-law cares or is actively engaged in the lives of his son/daughter-in-law, or that the son/daughter-in-law have respect for the father-in-law to heed (or even care about) his advice.  It’s clear from the scripture that Moses respected Jethro, “Moses went out to meet his father in law and he prostrated himself and kissed him, and each inquired about the other’s well-being.” (18:7)

Jethro “rejoiced” to see everything God had done for Moses and the Jewish people.  Yet, in observing how Moses sat to judge the people, “from the morning until the evening,” Jethro recognized an inefficiency that any caring father-in-law would want to help “fix” to make his son-in-law work more productively, if not get to spend some more time with his wife and children. In verses 18:17-23, Jethro lays out a whole new business model.  Without having a relationship of mutual respect, Moses could very well have nodded and smiled, waited for Jethro to leave, and continue doing his own thing.  But he didn’t.  The scripture continues, “Moses heeded the voice of his father-in-law and did everything that he said.” (18:24)

There’s not a single letter or word out of place in the original Hebrew of the Torah, much less the inclusion of a whole chapter about Jethro.  Not only did Moses agree, but God intended that.  Maybe it’s a model for us as how to relate to one another and sons and daughters-in-law with our father-in-law.  As a father-in-law myself, that’s an obvious lesson and model relationship to strive for.

But if we dig deeper and in the context of Jews and Christians building bridges, there’s much more.  Let’s not forget, Jethro was a Midianite, a gentile.  There are many accounts of gentiles throughout the Torah, but in many cases, they were either evil, or accommodated the Jewish people but took advantage. Some are named individually or as a group, some have titles, some are anonymous. But Jethro was one of the few who is noteworthy because of his standing with the Jewish people, and through which to recognize God’s greatness and affirm His Covenant with Abraham.

As few gentiles as there are who are outstanding in the Torah for their standing with the Jewish people, few have a Torah portion that’s “named” for them as Jethro does.  And if you think of ALL the huge milestones that there are in the Torah, arguably one of the top ten is the receiving of the Torah from God at Mt. Sinai.  Well guess in which parsha we find that.  Yes, in Yitro. Jethro. Exodus Chapter 20.  It’s even more significant that rather than the parsha “named” according to one of the most significant events in Jewish history, and world history as well, the Torah it is named for a gentile father-in-law of one of the Torah’s main characters.  Basically, Jethro received top billing over the Ten Commandments.

When we read the Ten Commandments in the Torah, according to Jewish tradition, we stand as if we were there too, an affirmation of the significance of this penultimate Biblical moment in our lives today. As Jews and Christians strive to exalt God in all our actions, while Jethro wasn’t present physically at Mt. Sinai, being a gentile, it underscores vividly how Jews and Christians need to stand together.

What Jethro also shows is that even, or especially, at some of the most significant milestones in our history, there have been gentiles who love and stand with Israel and the Jewish people unconditionally.  Throughout our history, we have faced and continue to face gentiles who still try to slaughter us. Yet we’ve always had the positive references of Jethro, Ruth, Rahab, and others.  This week, it’s important to highlight that, as a model for each of us.

With a common God, and sadly common enemies, Jews and Christians, must stand united to build bridges together and create understanding on the foundation of the positive examples we have.  this must be the path and relationship that we choose, like Moses honoring and accepting Jethro’s sage advice.  We can and must emulate these positive examples because just like the Law that was received in Exodus 20, it’s not just for a single generation, but for eternity.  This, and all the lessons of the Torah, and affirming of God’s covenant with the Jewish people and how we behave vis a vis that, is for each of us today, and every generation.