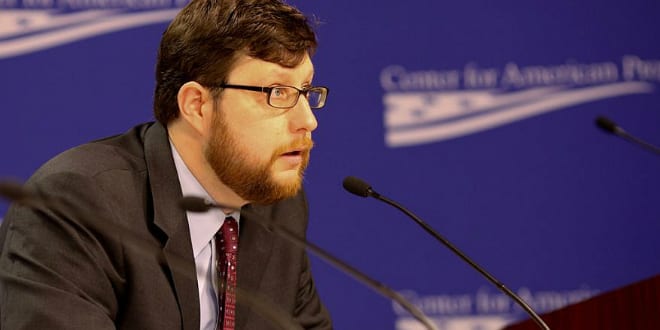 Two recent appointees to the Biden administration have raised concerns due to their history of anti-Semitic and pro-terrorism statements.

Hady Amr: Reestablishing Relations with PA While Calling for Dialogue with Hamas

Hady Amr was just appointed by President Biden to be the Deputy Assistant Secretary for Israeli and Palestinian Affairs in the Bureau of Near Eastern Affairs within the Department of State. Amr was deputy special envoy for the Israeli-Palestinian Negotiations for Economics and Gaza for former-President Obama. He was born in Lebanon but grew up in Saudi Arabia. Nonetheless, Amr has repeatedly advocated for dialogue and relations with Hamas and the Muslim Brotherhood, both designated as terrorist organizations by teh US State Department. These efforts may be due to his close ties with Hamas’ sponsor-state Qatar while acting as the founder and director of the Qatar-funded Brookings Doha Center.

Qatar has been censured by other Arab countries for its close ties with Islamist extremist groups like Hamas and the Muslim Brotherhood. Qatar has been accused by US government of being utilized by Al Qaeda and the Taliban for fundraising purposes.

In an article published in 2002, Amr responded to the targeted assassination of Sheikh Salah Shahada, the head of Hamas’s Izz ad-Din al-Qassam Brigades, who was killed in an IDF airstrike, or what he called “the occupation.” While claiming that he “strongly condemned those who kill Israeli civilians in Israel”, Amr made an explicit call for Israeli Arabs to commit terrorism. Amr warned that “I have news for Sharon, and I have news for every Israeli: a very large proportion of the more than 150 million children and youth in the Arab World now have televisions, and they will never, never forget what the Israeli people, the Israeli military and Israeli democracy have done to Palestinian children. And there will be thousands who will seek to avenge these brutal murders of innocents…”

The article concluded with a call to end all US aid to Israel.

In another article published the same year, Amr accused “the occupation” (i.e. Israel) of ethnic-cleansing. He also used the anti-Semitic trope, warning that pro-“Palestinian” political campaigns are ineffective due to  “[then Israeli Prime Minister Ariel] Sharon’s supporters” controlling US politicians.

Amr has already begun acting as the liaison working to reestablish relations between the Biden administration and the Palestinian Authority.

It was announced this week that Matthew Duss is being considered for a position in the State Department. The appointment of Duss, a former foreign-policy adviser for Sen. Bernie Sanders (I-Vt.), has been hailed in the left-wing media as a “victory for progressives.”

Duss has been accused of furthering anti-Semitic conspiracy theories during his tenure at the left-wing think-tank Center for American Progress.

He allegedly was part of an incident in 2012 where several staffers at the center’s ThinkProgress website were condemned for using anti-Semitic tropes of Jews dominating politics and money.

The staffers alleged “pro-Israel Jews and members of Congress of being ‘Israel firsters,’ a term implying that those who support the Jewish state have dual loyalties,” according to The Washington Free Beacon.

He also faced a backlash for publicizing Nazi-era propaganda posters in 2013.

In 2019, Duss also drew controversy for meeting with Hanan Ashrawi, a longtime aide to Palestinian Authority leader Mahmoud Abbas. The meeting took place after Ashrawi was denied a travel visa to the United States by the Trump administration.

EDITOR’S NOTE: The section of this article on Matt Duss was published with permission from JNS.