West Bank Facts on the Ground Cannot be Ignored

Home » West Bank Facts on the Ground Cannot be Ignored 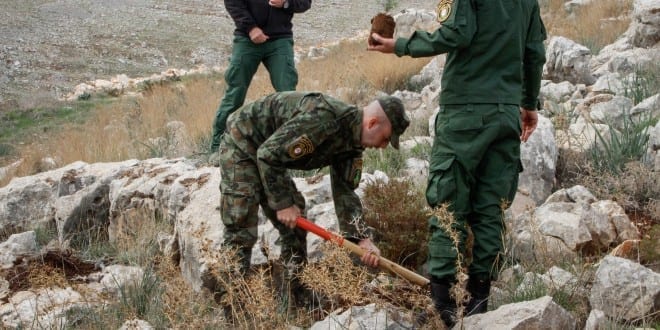 Palestinian and American officials had on Monday their first formal public contact since 2017. The Palestinian Authority refused to speak to the Trump administration for years because of anger over the moving of the U.S. embassy from Tel Aviv to Jerusalem, pressure on them to cease funding terror and because of what they felt were the unacceptable terms of the “Peace to Prosperity” Mideast plan unveiled a year ago. President Joe Biden has already said that he intends to resume aid to the Palestinians and rekindle the broken-off relationship. But it’s telling that the conversation between Deputy Assistant Secretary of State for Israeli and Palestinian Affairs Hady Amr took place even before Biden found the time to speak with Israeli Prime Minister Benjamin Netanyahu.

No doubt Netanyahu will be at pains to be all smiles when he does speak with the new president. But given the strong differences between the two governments on issues like Iran and the peace process, it’s probably just as well that Biden hasn’t found time to speak with him.

In fact, he would do well to avoid wasting any political capital on reviving the Obama administration’s futile quest for a two-state solution. Nevertheless, since virtually the entire senior staff at both the National Security Council and U.S. State Department are Obama administration veterans, this may be a trap hard for Biden to avoid. With the institutional bias in favor of policies predicated on pressuring Israel and appeasing the Palestinians clearly back in place, even if Biden has other priorities, a return to futile efforts to tempt the Palestinians back to the peace table may be inevitable.

But as the publication of the latest edition of the West Bank Jewish Population Stats Report shows, the assumptions that are part of the vision American peace processors have always cherished have been increasingly rendered irrelevant by the facts on the ground. As JNS reports, a different study put out by the Peace Now group, whose motives are the opposite of the sponsors of the other report, points towards the same conclusion: the Jewish presence in the West Bank in the form of growing communities and a population rapidly approaching half a million people makes any effort based on a mass evacuation of the settlements a fantasy.

Indeed, when one takes into account the fact that approximately 325,000 Jews live in parts of Jerusalem that were illegally occupied by Jordan from 1949 to 1967, that means that approximately 10 percent of Israel’s Jewish population is comprised of people considered “illegal settlers” by much of the international community.

Given the history of Palestinian rejectionism, it’s hard to believe even the Obama alumni club that has retaken possession of the reins of American foreign policy believes that a peace deal is possible anytime soon. Indeed, who should know better just how determined the P.A. and its corrupt leadership is to avoid peace than Obama’s former staffers. They spent eight years tilting the diplomatic playing field in their direction only to be turned down at every turn by P.A. leader Mahmoud Abbas.

Still, the Biden administration is already reviving its old “even-handed” approach, chiding both Israel and the Palestinians not to take steps that make peace harder to achieve—a stance that involves drawing a false moral equivalence between the P.A. subsidizing terrorism and Israel allowing the building of homes in already existing West Bank communities.

But as the two Israeli studies show, the notion of a wholesale Israeli retreat to the 1967 lines is out of the question. That’s not only because the collapse of Oslo and Palestinian terror convinced a consensus of Israelis stretching from the center-left to the right that giving up security control of the West Bank was not so much ill-advised as insane. It’s also a function of the fact that it would simply be impossible to shift hundreds of thousands of Jews out of their homes in order to create another Jew-free independent Palestinian state to add to the one that already exists in all but name in Gaza.

But as the Trump foreign-policy team showed, that didn’t necessarily mean that a two-state solution was theoretically impossible. Their plan was rejected by the Palestinians and widely derided by Biden’s establishment-centered advisers as unrealistic and too pro-Israeli. But as the population studies show, it’s actually the only possible plan that is rooted in a reality that cannot be denied: If the Palestinians want a deal, it will have to be one that accepts that the settlements—the blocs located close to the 1967 lines and the more remote ones, as well as Jerusalem’s Jewish neighborhoods they also claim must be theirs—will remain within the Jewish state under any circumstances.

It was for that reason that many in the settlement movement were unhappy with Trump’s plan. By contrast, as JNS reports, they’re pleased with the notion of a return to tension with Biden. It’s counterintuitive since the pro-Israel community was so supportive of the former president. Yet some on the Israeli right think the ideas Biden and his foreign-policy team will push are so unrealistic that they will strengthen the argument for further home construction in the West Bank, as opposed to the limits that Netanyahu placed on building so as not to offend Trump.

What this shows is not just the foolishness of Biden’s approach and the way the Palestinian leadership has doomed its people to a situation in which they are mired in a conflict that offers no exit ramp. It also demonstrates that the doom-and-gloom scenarios so often cited by American Jewish critics of Israel are equally mistaken.

The claims that out-of-control Arab growth rates will eventually swamp Israel are being proven wrong. The increase in the Palestinian population was long thought to be both exponential and never-ending. Other studies have shown that their rate of growth is declining. But should realism ever come into fashion in a Palestinian political culture that is still inextricably linked to the old war on Zionism, it will still be possible for them to have a state as long as they accept that the growing population of Jews in Jerusalem and the territories will not be uprooted.

Rather than, as some leftists claim, a choice between apartheid and a binational state, Israel’s options remain rational and non-apocalyptic. Until the Palestinians come to their senses, the current anomalous situation in which the Arabs have autonomy over the areas where they live in the West Bank will continue. That doesn’t mean Israel will, now or ever, have to give up democracy or embrace apartheid in order to avoid being overwhelmed by the Palestinians.

The choice for peace remains, as it always has been, in the hands of the Palestinians themselves. It is they who must either agree to share the land with the Jews or lose more ground, as they have been gradually doing for decades. Having already rejected more generous offers from Ehud Barak in 2000 and 2001, and Ehud Olmert in 2008, they will again be forced to look back on Trump’s offer as the best possible deal they could have gotten at the time. No matter what Biden and his team say or do, that will remain the case for the foreseeable future.