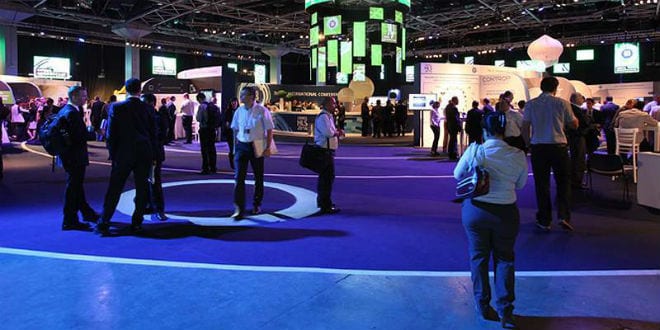 Injecting the civilian world with military-based video surveillance techniques is a vision that Col. (res.) Oded Halevy, CEO of the Gotrack HLS company, has spent recent years turning into a reality in Israel. Now, concerned by the threat of anti-Semitism, he is seeking to make the same preventative security services available for Jewish communities abroad.

Halevy served for 26 years in the Israel Defense Forces, including in special units, as well as headed the military’s Combat Collection Doctrine Department in the Ground Forces. He served as commander of the Combat Collection School Brigade and is still on active reserve duty.

His approach to surveillance is playing an increasingly growing role in securing multiple sectors in Israel, from city councils to factories. He is now also determined to keep a watchful, remote eye over synagogues and Jewish community centers around the world as they face rising threats.

During his military service, Halevy pioneered the concept of building centralized control centers that receive camera and radar feeds from multiple locations, helping to reshape the IDF’s Combat Intelligence Corps on the border with Gaza.

“Instead of having control-room operators sitting under every mast in dozens of sites, I wanted to link all of the sensors to unified centers,” he told JNS. “When I retired, I realized that in the civilian world, there is plenty of technology in the form of cameras, which is fairly cheap, and that the cameras replaced security guards. This happened in communities, in local authorities and in factories, but they forgot two things.”

The first omission, according to Halevy, is that monitoring surveillance camera feeds in an optimal manner is a profession. Simply assigning untrained security guards to that task will not be effective when it comes to prevention.

The second omission, he said, was the lack of an activation concept that guides the personnel monitoring the camera feeds.

“In an average Israeli city, hundreds of cameras are linked to a municipal security center,” explained Halevy. “But there is often just a single operator in the control room. If the operator has no operational concept—meaning not knowing what to look for and when—and if priorities are not set up, the operator will struggle to prevent incidents. They would depend on random luck.”

‘We are turning them into lookouts’

To that end, Gotrack HLS formulated its own activation concept, called “Hunter,” which is based on changing the use of surveillance cameras entirely. Instead of using them to look back in time at incidents after they occur, the cameras turn into the active defense of a site, a city or a community by detecting danger in real-time and preventing it from developing further.

“The ‘Hunter’ concept says: Let’s create prevention. Let’s hunt, not fish,” said Halevy. That means proactively and systematically scanning environments for suspicious activities, knowing how to identify unusual movements and finding activity that does not belong.

The system was approved by the Israeli Public Security Ministry and is currently leading the Ministry’s Safe City program, which employs cameras across cities, towns and villages in Israel.

Under that program, Gotrack HLS is training camera-room operators in Israeli local councils in line with the ‘Hunter’ activation program. “We are turning them into lookouts,” said Halevy. “We are also doing this in defense companies and other kinds of companies.”

In 2018, Gotrack set up an initiative called SEEU, which provides outsourcing of camera control-room services.

Halevi set up his own remote camera control center in the city of Modi’in in central Israel and staffed it with former IDF lookouts who have years of experience surveilling the Gazan, Lebanese and/or Syrian borders.

“Nothing passed in their sectors without them knowing about it,” he said. “They undergo training at Gotrack to adjust them to civilian world needs.”

‘No one was looking at the site in real time’

The remote control room handles security for municipalities that wish to outsource, as well as a growing number of shopping centers and other types of sites around the country.

“We set up a station for a municipality that asks us to handle this for them, and there will be a lookout operator looking only at this. It’s more efficient, cheaper and far more professional,” argued Halevy.

In a mall, “the operator will know the security manager and communicate over the radio with him all day. She doesn’t have to sit in the underground floor of the mall, but rather, in a control room filled with former Combat Collection officers acting as shift managers, overseeing operations. We replicated the Gaza border-control centers for civilian needs,” he said.

He added that “after seeing the rise of anti-Semitism—some of which began before the pandemic and some during it—I decided to assist in the defense of Jewish communities around the world.”

While almost all Jewish community centers or synagogues employ CCTV cameras, the familiar problem of not using them in real-time to prevent attacks arises here, too. Halevy gave the example of the anti-Semitic shooting attack at Halle, Germany, in 2019, in which a far-right gunman opened fire at the center and killed two civilians near it.

The entire event was caught on video, “but no one was looking at the site in real time,” said Halevy. His center is primed to detect a parked car that arouses suspicion, with operators able to call local police and request a checkup, and to contact the head of the community and request them to lock down.

The center could build an emergency procedure with Jewish communities and prevent the incident in the first place, said Halevy. He is currently in touch with a number of Jewish communities in North America and Europe, offering to take over the video feeds of their surveillance cameras to provide active protection.

‘Someone has to be looking at it’

Meanwhile, in Israel, Gotrack has begun employing autonomous drones around some of the sites it protects, providing a new degree of monitoring—this time from the air. The drones broadcast images directly to the remote control center, and can identify and prevent incidents such as agricultural theft. Lookout operators can respond to incidents by taking control of the drones and hovering over an incident, before calling in local law enforcement when an incident is confirmed.

“Connecting drones to the lookouts is a winning combination,” said Halevy.

“Connecting technology to the right personnel is key. Artificial Intelligence is very strong at detecting suspicious activities, but someone has to be looking at it,” he added.

Other recent innovations include facial recognition software, which enabled a hospital in Jerusalem that was suffering from a wave of thefts and assaults on staff to build up a databank of suspects.

Cameras installed at the entrance to the building were then used to sound an alert when suspected thieves and attackers approached the hospital again, with operators in the control room alerting security guards on the site.

“This reduced incidents of violence and theft at the hospital by 70 percent,” recounted Halevy.

Today, the technology is being used by some clients to detect large gatherings in violation of coronavirus pandemic restrictions.

Gotrack HLS has developed an activation concept for old-age homes that generate alerts to prevent the abuse of the elderly, after a series of disturbing reports on such incidents. In hospitals, the systems also sound alerts when they detect elderly people falling to the ground.

The software can also detect potential instances of violence in public areas.

Halevy explained that the goal was to preclude anything from happening, especially a crime. For example, “when youths enter a park with alcohol, we want to prevent an incident, not see it on cameras.”

The winning formula,” he said, “is technology, training and having an activation concept.”