Iran may be “Weeks” away from developing Nuclear Bomb’, Sec of State Blinken Admits

Home » Iran may be “Weeks” away from developing Nuclear Bomb’, Sec of State Blinken Admits 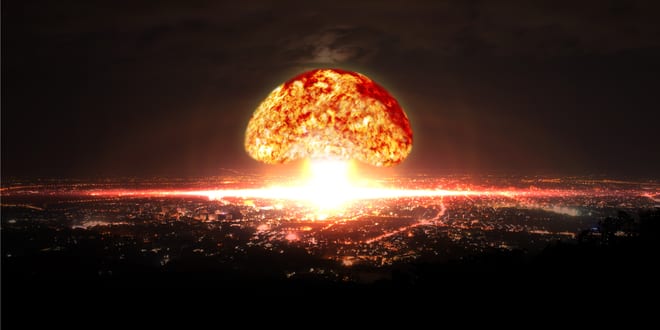 Jake Sullivan, President Joe Biden’s national security advisor, suggested an expedited timeline for rejoining the Iranian nuclear deal, which the Trump administration exited in May 2018. The comments come as the Biden administration announced its decision to select veteran diplomat Robert Malley as its special envoy on Iran talks.

In remarks to the U.S. Institute of Peace on Jan. 29, Sullivan said that it was key for the United States to put the nuclear program “in a box” as the first order of business.

“We are going to have to address Iran’s other bad behavior, malign behavior, across the region, but from our perspective, a critical early priority has to be to deal with what is an escalating nuclear crisis as they move closer and closer to having enough fissile material for a weapon,” said Sullivan, according to The Washington Post. “And we would like to make sure that we re-establish some of the parameters and constraints around the program that have fallen away over the course of the past two years.”

In recent weeks, Iran has begun to accelerate its nuclear program. Iranian Foreign Minister Mohammad Javad Zarif said last week that Tehran will not reverse the acceleration of its nuclear program until the United States lifts sanctions against the country. Iran recently announced that it had begun enriching uranium to 20 percent, in violation of the nuclear accord.

The comments by Sullivan may indicate a disagreement among Biden administration officials on how to approach the Iranian nuclear program.

While Biden has indicated support for rejoining the deal, the administration has stated that a precondition would be full compliance by Iran with the original agreement.

Secretary of State Tony Blinken has been more skeptical of swiftly returning to the nuclear deal, saying that a U.S. return is still far off.

“Iran is out of compliance on a number of fronts. And it would take some time, should it make the decision to do so, for it to come back into compliance and time for us then to assess whether it was meeting its obligations,” he said during a news conference at the State Department on Jan. 27. “We’re not there yet, to say the least.”

In an interview with NBC News on Sunday, also warned that Iran could be months or even only “a matter of weeks” from developing a nuclear bomb if it further violates restrictions stemming from the 2015 accord.

At the same time, the Biden administration has also announced that former Obama administration Mideast adviser Robert Malley will serve as a special envoy on Iran.

U.S. State Department spokesman Ned Price said that Blinken “is building a dedicated team, drawing from clear-eyed experts with a diversity of views. Leading that team as our special envoy for Iran will be Rob Malley, who brings to the position a track record of success negotiating constraints on Iran’s nuclear program.”

However, Malley’s appointment has been met with criticism by conservatives and pro-Israel groups, who contend that he may be too soft on Iran and critical of Israel.

“It’s deeply troubling that President Biden would consider appointing Rob Malley to direct Iran policy. Malley has a long track record of sympathy for the Iranian regime & animus towards Israel. The ayatollahs wouldn’t believe their luck if he is selected,” tweeted U.S. Senator Tom Cotton (R-Ark.).

CUFI Action Fund Chairwoman Sandra Parker, who urged the Biden administration not to repeat the mistakes of 2015, also was critical of the choice.

“Robert Malley is the wrong man for the job. He has a well-documented track record of appeasing America’s adversaries and condemning one of our closest allies. Whoever sits across the table from Iran’s tyrannical regime should be more interested in a good deal than a deal at any price—Robert Malley is not that person.”

“We continue to urge the Biden administration to not repeat the errors of 2015 and instead engage Iran in a manner that maximizes the likelihood of securing a strong, comprehensive agreement with bipartisan support,” added Parker. “Unfortunately, Malley’s appointment signals that this outcome is less likely.”