Are All Criticisms of White House Staffers the Same?

Home » Are All Criticisms of White House Staffers the Same? 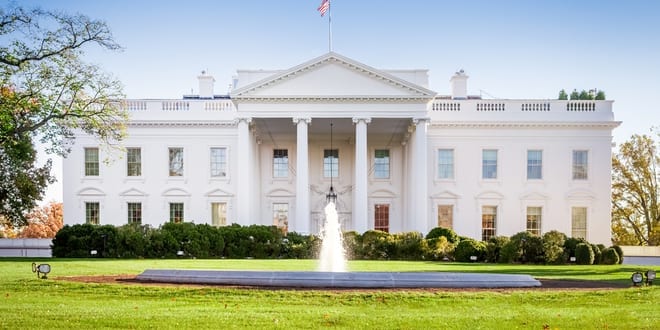 Religious prejudice is a terrible thing, no matter whom it’s directed against. So when the White House pushed back against what it describes as attacks against two of their recently appointed staffers, it acted as if it was striking a blow for decency against bias, meanness and partisanship. The fact that the two who were under fire came from two very different backgrounds—one a Jewish American and the other a Palestinian American—made the support they received from President Joe Biden all the more important.

National Security Council spokeswoman Emily Horne sounded a note that seemingly all Americans could get behind when she said the following:

“We are appalled by recent spurious accusations against our staff. We welcome oversight and scrutiny, but there is no justification for false and ad hominem attacks based on ethnic, racial or religious identity.”

The seemingly perfect symmetry of both a Jew and a Palestinian being abused in the same way sets up the administration for the kind of virtue signaling that they assumed would generate universal applause.

But not so fast.

In lumping attacks directed at Deputy National Security Adviser for Cybersecurity Anne Neuberger in with criticism of Maher Bitar, the National Security Agency’s senior director for intelligence, the White House was performing a not-so-subtle sleight of hand trick. The goal was to allow outrage at the clearly illegitimate attacks on Neuberger for having dual loyalty because of her family foundation’s support for AIPAC to serve as cover and to distract from the entirely justified questions raised about Bitar’s past as a BDS activist.

Neuberger is an Orthodox woman from Brooklyn, N.Y., and the granddaughter of Holocaust survivors. Her parents were among those passengers rescued by Israeli commandos in the 1976 Entebbe raid. Having grown up in what has been described as one of America’s 100 wealthiest families, she has a background in finance but has spent the last 12 years at the NSA in non-political jobs working under Presidents Barack Obama and Donald Trump, and now Biden, who has tapped her to head the unit working to counter cyber threats. No Orthodox woman has risen higher in national security affairs.

As the first Palestinian American to hold such a powerful position, Bitar is also a groundbreaker. He was the first Palestinian American ever to serve in the White House when Obama chose him to be director of Israel and Palestinian Affairs at the National Security Council. He has also served in a variety of posts, including as a deputy to America’s Ambassador to the United Nations Samantha Power. During the last administration, he served as general counsel for the Democrats on the House Intelligence Committee, where he worked closely with Rep. Adam Schiff (D-Calif.) to promote accusations that Trump was guilty of collusion with Russia, which were ultimately proved false, and then on the effort to impeach him. As a reward for his service to his party, he is now in a position of unique power as the man who decides what intelligence is fed to the White House, as well as priorities for security operations.

So while both Neuberger and Bitar can be considered role models for demographic groups that were not to be seen in the corridors of power in the past, there’s a world of difference between the criticisms they were subjected to in the last week.

Neuberger was the target of a spurious hit job by the left-wing magazine Mother Jones that was picked up by NBC News (though the latter ultimately retracted it for not meeting their standards of journalism). In it, David Corn, a longtime bitter critic of Israel and its supporters, questions Neuberger’s fitness for a national security position because her family foundation has supported pro-Israel causes and AIPAC, the umbrella pro-Israel lobby. The clear implication of the piece was that no one who is connected to pro-Israel organizations should be trusted with America’s secrets because they are likely to be guilty of dual loyalty, a traditional anti-Semitic trope. In it, Corn dug up the outrageous charges of espionage against two AIPAC employees that were dropped as groundless and, of course, also raised the Jonathan Pollard affair in an attempt to show that Israel is a threat to the United States.

Corn, who has always brandished his own Jewish background as a defense against criticism of his anti-Israel bias, defended himself on Twitter by citing a passage from Obama’s recent book venting his own grudges against AIPAC because it opposed some of his dangerous policies.

The point of the article was not so much to take a deep dive into the list of the charities that Neuberger’s family supports, which is both impressive and praiseworthy, but to make it clear that loyal Americans who deserve to be trusted with secrets should have nothing to do with pro-Israel causes. By stigmatizing American Jews who support the alliance with the Jewish state, Mother Jones was making it clear that only Jews who divest themselves of a basic element of Jewish identity and faith—love of Israel—deserve office. That’s an anti-Semitic smear that can be categorized with other recent attacks on Jews such as those of Reps. Ilhan Omar (D-Minn.) and Rashida Tlaib (D-Mich.), who have also raised the dual-loyalty charge, claiming that Jews are buying Congress and manipulating U.S. foreign policy.

The questions raised about Bitar focus on the fact that while he was a student at Georgetown University, he was a board member of Students for Justice in Palestine—a group that is notorious for spreading anti-Semitic libels against Israel and Jews, as well as for promoting divestment and boycotts of the Jewish state. At Georgetown, he organized a conference of the Palestine Solidarity Movement at which he ran a session on how to demonize Israel and appeared alongside speakers who praised terrorism against Jewish targets.

But rather than a youthful folly, other items on his resume show that he took his BDS beliefs with him on his path towards success in government. He interned at the anti-Israel Foundation for Middle East Peace and then worked at the U.N. Relief Works Agency, which has perpetuated the Palestinian refugee problem in order to serve as a weapon to use against Israel. At no point in his glittering career is there a record of him disavowing BDS and its goal of destroying Israel or the anti-Semitic smears it propagates.

Are the charges against Bitar the moral equivalent those against Neuberger? That’s only true if you think defending the existence of the one Jewish state on the planet is morally equivalent to an anti-Semitic war to destroy it.

There can be no religious test for office or one based on one’s ethnic origin. Palestinian Americans and Jews should be judged on their individual merits, not on their faith or background. But we do have a right to ask why a record of supporting a hate group like SJP is treated as a non-issue by the administration. And we should be outraged that it thinks support for a pro-Israel cause is just as legitimate as backing one that wishes to wipe out the Jewish state.

We have no doubt that Neuberger will serve Biden and the nation just as well as she served Obama and Trump in her efforts to defend the country against cyber threats. But we have every reason to wonder why an administration that assures us that it supports the alliance with Israel is putting one of the most important national security jobs in the hands of someone like Matar, who, in the absence of any disavowal of his past connections and positions, may still wish to see that ally disappear.