What’s the Matter with Holocaust Education? 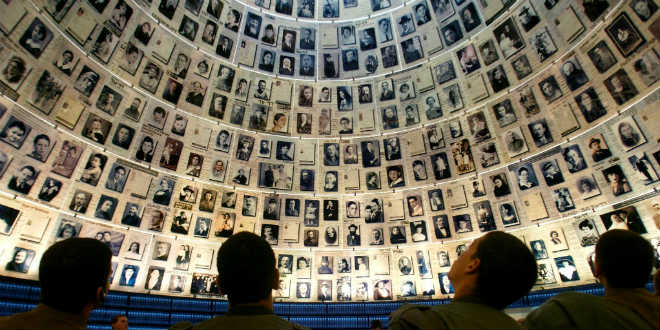 There seems to be a consensus from right to left that anti-Semitism is on the rise both in the United States and around the globe. That will be the theme of many remarks by politicians, rabbis and Jewish organization leaders during International Holocaust Remembrance Day this week. Part of the exhortations we will hear will involve a dedication to promoting education about the Holocaust, which is something that seemingly all decent people now agree is a necessary antidote to anti-Semitism and other examples of prejudice. Those involved in promoting Holocaust-education programs, which now includes the federal and many state governments, will call for more funding for these efforts.

But what if the emphasis on teaching about the Shoah is a mistake with respect to the Jewish community’s priorities, in addition to the assumption that it will combat anti-Semitism?

It hasn’t even occurred to most Jewish leaders to pose those questions, let alone to answer them in the negative. Yet that is what Professor Ruth Wisse did recently in an important essay in National Affairs magazine that should be mandatory reading for those who care about the appropriate response to the Holocaust by both Jews and non-Jews. In discussing what she termed, “The Dark Side of Holocaust Education,” Wisse has presented a challenge to conventional wisdom about the subject, as well as to many of the misguided pieties about the uses of history that all too many Jews have foolishly embraced.

The problem is not just the usual glaring contrast between the sympathy that is expressed for the victims of the Holocaust and the indifference, if not hostility, often directed towards the struggle of the living, breathing Jews of Israel to defend themselves against a variety of threats. In the court of international public opinion, dead Jews always seem more popular than live ones.

The troubling aspect of Holocaust education is that not only does it not do what its well-intended Jewish and non-Jewish boosters want it to, but creates other problems as well.

At issue here is not the obligation to remember the Shoah and its victims. That’s a sacred duty—and one that has become integrated into the calendar of the Jewish people in a variety of ways and in important institutions like Yad Vashem in Jerusalem. As Wisse notes, Jews have never forgotten the victims of the Roman destruction of Jewish life 2,000 years ago. The murder of one out of every three Jews who were alive prior to World War II only 80 years ago is a singular crime that will remain forever burned into Jewish memory.

But Holocaust education as it evolved over the years, as a subject attracting more secular interest, isn’t really about the Jewish victims or teaching about anti-Semitism. It’s about making the Holocaust a symbol of all terrible crimes against humanity.

Recalling the work of the late great Jewish historian Lucy Dawidowicz, whose equally important 1990 essay “How They Teach the Holocaust” in Commentary magazine, Wisse points out that such teaching is a mistake.

At the heart of the failures of Holocaust education is that it is not taught as history. That was bad enough 30 years ago, but it’s worse now when the teaching of history is even rarer in secondary schools. Instead, the Holocaust is part of a universal lesson about the evils of prejudice. As Dawidowicz put it, prejudice is treated as a “mental health problem.” Students are not instructed about the specifics of two millennia of Jew-hatred and how they produced the circumstances that allowed Germany—a nation known for its devotion to science and the arts—to invest vast resources on a war aimed at exterminating the Jewish people. Instead, they are taught about the irrationality of arbitrary biases against all groups.

There is some value to any sort of moral education. However, it doesn’t seem to have occurred to most people to ponder why it is that after so much has been done to promote knowledge of the Holocaust in schools and popular culture, why all this information and instruction hasn’t had the intended effect with respect to anti-Semitism. Those responsible for these programs have few answers as to why it has not curbed the growth of Jew-hatred other than pouring more money into the same idea.

Making the story of the murder of Six Million Jews the way children learn not to murder or discriminate against Jews or any people has it backwards. In virtually every other effort at moral education, it’s understood that the main focus must be on positive examples. We don’t teach people to be good by telling tales of murderers, rapists and thieves. We do it by speaking of those who exemplify the best in humanity. People of faith use sacred texts to teach us about the goodness and mercy of our Creator, and of the benefits of Divinely given and inspired teachings and law. So why should we be surprised that Holocaust curricula that do the opposite haven’t done much to improve humanity?

At the start of the movement towards popularizing Holocaust education, many Jews thought that the only way they could mobilize support for memorials and museums to honor the memory of the Six Million was via universalizing the lessons of the Holocaust. They were right that Jews are not only the only victims of prejudice and that genocide has been practiced elsewhere by others against other populations. But anti-Semitism is not an abstract idea of prejudice.

As Wisse teaches, though it can take on many of the characteristics of a psychological ailment, anti-Semitism is something far more dangerous. It is a political ideology and a way to weaponize grievances against Jews in order to achieve and maintain power. That was true prior to the Shoah and just as true after it. The only way to understand how the Holocaust happened is to place it in the context of the history of hatred against Jews, both prior to the start of Nazi rule and after it—something that most Holocaust education curricula fail to do.

Equally as important is the image of Jewry that the emphasis on the Holocaust has had on American Jews. Most students are now being introduced to Jews primarily as victims. Among those is the growing percentage of Jewish kids who have had no Jewish education. This is wrong not least because as Wisse wrote:

“Historically speaking, Jews are demonstrably the opposite of victims—they are builders, creators, innovators, facilitators, perpetually adaptive, the model of entrepreneurial resilience under circumstances beyond imagining. … Any true “Never Again” project would trace this unprecedented historical example of self-emancipation. Instead, it tells half the story and distorts the half that it tells. It does violence to the Jewish people and to moral education, which must include the assumption of responsibility for self-protection.”

Because the universalization of the Holocaust avoids teaching about the history of anti-Semitism and its role as a political movement that has attached itself to a variety of ideologies, such as fascism, Nazism, communism and, in our day, Islamism, it “conceals rather than confronts anti-Jewish aggression” and distorts our understanding of “the nature of anti-Jewish politics.”

In this way, one among many unintended consequences of this effort is to assist those who libel the State of Israel—the only truly meaningful memorial to the Holocaust because it protects Jewish life and rights in a way that was sorely lacking prior to its founding—and falsely claim that it is a successor to the Nazis. Some feared that without treating it as a moral lesson for all, the Holocaust would become marooned in history. But the universalizers have helped strip it of its meaning in a way that allows today’s anti-Semites to use it as a cudgel against Israel, which refuses to be a nation of victims.

We must never let the world forget about 6 million Jews that were systematically murdered. Part of that involves telling the story of the Jews of Europe to children of all faiths. But programs that primarily use the Holocaust as a way to teach morality have become a hindrance to our ability to properly understand anti-Semitism, and why people hate and attack Jews. It’s time to stop treating programs that do that as panaceas and to begin the work of rethinking how we teach the Holocaust.