For thus saith Hashem: There shall not be cut off unto David a man to sit upon the throne of the house of Yisrael. 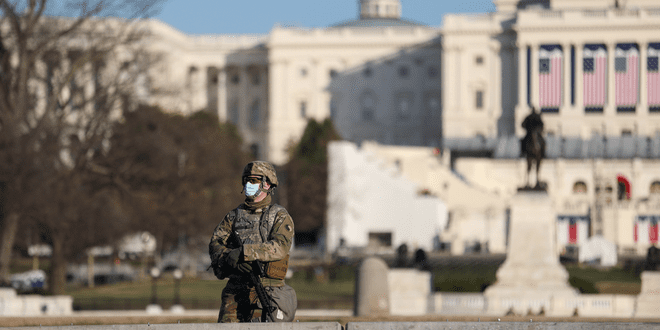 As Joe Biden prepares to be inaugurated as president of the United States, some people who look to the Bible for inspiration are finding an entirely different solution: a return of the Davidic dynasty as a practical form of government.

Both the US and Israel are experiencing challenges to their political systems. While Israel is set to go to the polls for the fourth time in two years, the US is fraught with doubts from a substantial portion of the electorate.

As such, the political atmosphere in the US has taken on a Biblical demeanor. When the media declared a Biden victory on the day after the election, before the results had been tallied, some rabbis compared Biden’s presumptive behavior to Adonijah, the son of King David who tried to usurp the throne from his father.

In previous articles, Israel365 News has cited rabbis who understand the coronavirus, which is named after the crown-like appearance of the virus, as coming to reset the entire system of governing nations as preparation for the Davidic dynasty that will exist after the final redemption. This solution is much closer to appearing than many realize.

Davidic Dynasty: Closer Than You Realize

Susan Roth is a remarkable woman by any measure.  From the age of seven, she traveled the world as part of her family’s Yiddish theater group. As a young woman, she lived in Israel and learned Kaballah in Tzfat (Safed). A philanthropist and scholar, Roth established several charitable organizations and two publishing companies. She also established the Davidic Dynasty organization and the King David Legacy Center in Jerusalem. She has a strong personal interest as she can trace her family lineage back to King David through Rabbi Shlomo Yitzchaki, the preeminent 11th century French Torah scholar known by the acronym Rashi.

Her organization is compiling a registry of all known people who can trace their lineage back to King David.  Genealogy from the Royal House of David can be traced through oral tradition, rabbinic sources, historical data, and extensive research. Several families claim descent “ben akhar ben” (father to son) in a direct line, most notably the Dayan, Shealtiel and Charlap/Don Yechia families. The descendants of King David are believed to have settled in Aleppo, Syria, so most claimants trace their lineage back to that city.

When Roth first compiled her list, Roth contacted Israel’s Chief Rabbinate to inform them of her registry but, surprisingly, they expressed no interest.

“They were shocked, but they never followed up. My interest was simply to do God’s will, but they understood it as a political agenda. They don’t want King David’s dynasty and they don’t want Moshiach (Messiah),” Roth told Breaking Israel News.

“Even though it is clear Moshiach (Messiah) is here. He is just hiding,” she added. “I have spoken to many rabbis and kabbalists who confirm this; the Moshiach is here but he is not ready to reveal himself.”

Eran Noam Katz, who runs the King David Legacy Center, noted that a return to the Davidic dynasty is a paradigm shift the obviates the efficacy of war or even political domination.

“It is clear that the solution is a return of the Davidic dynasty,” Katz told Israel365 News. “the solution cannot come from within democracy because that is not a Biblical concept. A king from the Davidic dynasty will be the conduit for God’s kingship to spread out into the world. It is not a form of global control. It is how rulers will learn how to rule their nations ‘under God.’”

“In any case, we are seeing that democracy does not work; not as a political system and not to run the material aspects of the world. This democracy has led to the wealth of the world being concentrated in the hands of a few to a degree that is untenable and unreasonable.”

Katz emphasized that King Solomon unified all of the nations and did so without waging war.

“Democracy is all about the many dominating the few,” Katz explained. “Sometimes, through treachery, the few can dominate the many in democracy. The Davidic dynasty is about everyone serving the one true King. This is based on the Seven Noahide laws that all of mankind is required to uphold.”

“Under the Kingdom of God, Nothing False Can Stand.”

Rabbi Yosef Berger is the rabbi of King David’s tomb on Mount Zion. As the son of the Mishkoltz Rabbi, the spiritual leader of thousands, he is also a descendant of King David.

It should be noted that European royal families created genealogies, whether accurate or not, tracing their lineage back to King David as a means of lending credence to their claims to the throne.

“This is what will be in the end-of-days,” Rabbi Berger said. “Governments will have no legitimacy unless it comes from attaching themselves to the king of kings in Jerusalem. As it is, governments today do not have any legitimacy. Even in their terms, the elections aren’t elections and the laws are not just.”

“Under the kingdom of God, nothing false can stand.”

Democracy: A Greek Concept Based in Idloatry

In 2005, Rabbi Yosef Dayan was recognized by the Sanhedrin as a direct descendant of King David and, as such, a candidate to re-establish the Davidic Dynasty.

“If there will be a king from the house of David in Jerusalem, this will influence the entire world and all of the governments will benefit,” Rabbi Dayan said. “But democracy is not the answer. There is no word in Hebrew for democracy. Democracy comes from ancient Greece, from their belief in the human intellect over the rule of God. The Torah is based in doing the will of God even if you do not understand it, even if it does not seem to make sense. Democracy is a form of idolatry which is, in essence, a form of warfare in which the many can rule over the few. In reality, that is not always the case.”

Rabbi Hillel Weiss, a founder and formerly a member of the Sanhedrin, agreed that a monarchy is necessary but noted that a true government contains more than one element.

“Of course, there must be a return to a monarchy based in God’s law and this requires a Sanhedrin,” Rabbi Weiss said. “A democracy can have great value as long as it is accompanied by a monarchy. If there is no monarchy, democracy is worthless.”

“The basis for a democracy is in the one true king. But the king cannot rule in his own right. The only basis for laws is the Bible. The purpose of a government is to bring God’s law into the world. And nothing else. A government that abandons this mission, has no legitimacy to rule and has abandoned its nation. A ruler that does not realize this is an idiot.”

“The monarchy and the ruler is only part of a larger framework to bring God’s light into the world. This framework includes the law, that is the Sanhedrin. The word for ‘state’ in Hebrew, medina, is based in the word for judgment, din. The state must also include the kahuna, the priesthood, that is, the service of God.”

“What is happening in the US right now is the system became unstable and because it does not contain all of the necessary elements of a government, it is trying to fix itself through the power of itself. This it cannot do. This is the modern form of the sin of eating from the tree of knowledge; taking the basis of knowledge from God.”