Israel Goes Back to the Future

Home » Israel Goes Back to the Future 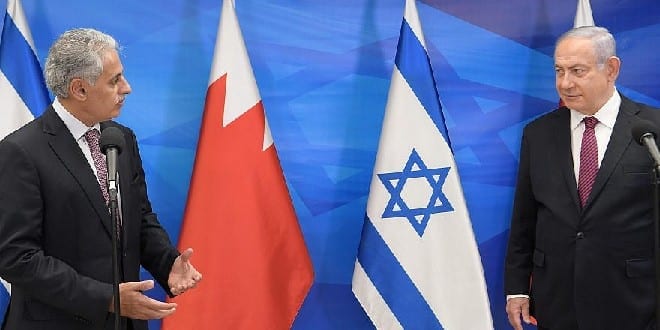 In an interview with The New York Times last month, President-elect Joe Biden restated his intention to return to the 2015 nuclear deal with Iran. Israel opposes this plan because the 2015 deal ensures Iran will become a nuclear-armed state.

Media reports over the past few weeks have detailed some of Israel’s plans to convince the incoming administration to reconsider its position. Among other things, the government intends to use documents from Iran’s nuclear archive, that Mossad agents spirited out of Tehran in 2018, to show Biden and his advisers that the 2015 deal was based on the incorrect assumption that Iran’s nuclear program was defensive and civilian.

The archive proves incontrovertibly that Iran’s nuclear program was conceived with the aim of and has always been about making nuclear bombs, not medical isotopes, and that the purpose of that nuclear arsenal is not to defend against its enemies, but to obliterate them.

Although Israel’s case is rock solid, it is unlikely to convince the Biden team to change course. Even without the benefit of the archive, there was massive evidence five years ago that Iran’s actions and intentions in relation to its illicit nuclear program were aggressive. Israel shared that evidence with the Obama administration, and Barack Obama and his advisers didn’t care. They drove forward and demonized Israeli leaders and their American supporters as warmongers.

On Tuesday, Biden announced he was appointing William Burns to serve as CIA director. The announcement followed Biden’s decision to appoint Jake Sullivan to serve as his national security adviser.

Obama appointed Burns and Sullivan to hold secret nuclear talks with Iran behind the backs of U.S. allies Israel, Saudi Arabia and the United Arab Emirates. Those talks led to the deal which provided Iran with an open path to a nuclear arsenal by 2025. It permitted the regime to enrich uranium. It didn’t touch Iran’s ballistic missile program. It gave Iran the power to decide which nuclear sites United Nations inspectors could enter. And it gave Iran a direct payoff of $150 billion dollars, including $1.7 billion in cash.

Biden appointed Wendy Sherman, who served as the chief negotiator of the open nuclear talks with Iran, to serve as his deputy secretary of state.

Burns was a reasonable choice to lead secret talks with Iran because he had a long track record of treating Iran well and Israel poorly. During George W. Bush’s administration, Burns served as assistant secretary of state for near eastern affairs. According to officials who worked with him in that position, Burns advocated against sanctioning Syria and Iran. He undermined sanctions against Yemen. He also tried to prevent Israel’s development of the Arrow missile defense system, by claiming falsely that it violated the Missile Technology Control Regime (MTCR).

Then there are the Palestinians. In September 2000, the Palestinians launched a massive terror onslaught against Israel that lasted for four years. Every day, Israelis were subjected to acts of murderous terrorism that ranged from roadside stonings, shootings and bombings to mass shootings to suicide bombings, to mortar and missile assaults.

The Palestinians launched their terror war after rejecting Israel’s offer of peace and statehood at the Camp David Peace Summit in July 2000. Yet in 2001, Burns was instrumental in convincing then-president Bush to become the first president to support Palestinian statehood.

Burns’ support for the Palestinians is widely shared among members of Biden’s incoming team. On Wednesday, Biden announced he is appointing Obama’s former U.N. ambassador Samantha Power to serve as administrator of USAID.

Power played a central role in conceiving and passing U.N. Security Council Resolution 2334 in December 2016 which referred to Israeli communities and installations beyond the 1949 armistice lines in Jerusalem and Judea and Samaria as “a flagrant violation of international law.” As USAID administrator, Power will be responsible for providing U.S. financial support to the endemically corrupt and terror-supporting Palestinian Authority and to international organizations that facilitate Hamas’s terror regime in Gaza.

According to sources in contact with Biden’s transition team, Biden intends to appoint Obama’s ambassador to Israel, Dan Shapiro, to oversee the Abraham Accords. The sources raised the concern that Biden’s goal in making the appointment is to restore the Palestinian veto over the normalization of relations between Israel and Arab states. Shapiro, who took the unprecedented step of remaining in Israel and active in public affairs after he left office, is expected to remain in Israel to take on this function.

In anticipation of the incoming administration’s restoration of Obama’s policies towards Israel and the Palestinians, on Tuesday, the foreign ministers of Germany, France Britain, Egypt and Jordan called on the Biden and his team to lead negotiations between Israel and the Palestinians towards the so-called “two-state solution,” replete with an Israeli withdrawal to the 1949 armistice lines. The foreign ministers also called on Israel “to completely end all settlement activities including in East Jerusalem.”

The leftist political group J Street issued a call for Biden to officially abandon the Trump administration’s peace plan. It also asked the new administration to end scientific cooperation with Israeli institutions located beyond the 1949 armistice lines, to open a diplomatic legation in Jerusalem to serve the Palestinians, and to pledge to open a U.S. embassy to “Palestine” in Israel’s capital upon the conclusion of a peace deal.

Efforts by Biden’s supporters to blot out the actions and achievements of the outgoing administration extend to the fight against anti-Semitism. One of the most significant achievements that Israel and Diaspora Jewry have accomplished in recent years in the fight against anti-Semitism has been the adoption by governments throughout the world of the definition of anti-Semitism conceived by the International Holocaust Remembrance Alliance.

The Trump administration and key governments in Europe have made the IHRA definition the basis for criminal prosecution of anti-Semites and protection of their Jewish communities.

The IHRA definition, adopted in 2016 defines anti-Semitism as “a certain perception of Jews, which may be expressed as hatred toward Jews. Rhetorical and physical manifestations of anti-Semitism are directed toward Jewish or non-Jewish individuals and/or their property, toward Jewish community institutions and religious facilities.”

In other words, anti-Zionism is a form of anti-Semitism.

Ahead of Biden’s inauguration next week, American Jewish groups aligned with the dominant progressive wing of the Democrat Party began lobbying the incoming administration to abandon the IHRA definition as the basis for identifying and defending against anti-Semitism in America.

Americans for Peace Now, the New Israel Fund, J Street, Habonim Dror North America, Hashomer Hatzair World Movement, the Jewish Labor Movement, T’ruah, Partners for Progressive Israel and Reconstructing Judaism released a joint statement this week opposing the use of the IHRA definition specifically because it rightly identifies anti-Zionism as a form of anti-Semitism. In so doing, these groups are asking the new administration to deny American Jews civil rights protection from anti-Semitic assaults when those assaults are couched in rhetoric that opposes Israel’s right to exist.

The U.S. Justice Department’s Civil Rights Division is the government body responsible for fighting anti-Semitism. This week Biden appointed Kristen Clark, an African American attorney and advocate, to serve as head of the division. Following her appointment, Fox News’ Tucker Carlson reported Clark’s troubling past promotion of both racial bigotry and Jew-hatred.

Carlson reported that as the head of the Black Studies Association at Harvard in 1994, Clark published a letter to the Harvard Crimson where she argued that blacks are biologically superior to whites.

A month later, Clark hosted an outspoken anti-Semitic conspiracy theorist to speak at Harvard. Professor Tony Martin, then at Wellesley College, had just self-published a tome titled, “The Jewish Onslaught“ in which he laid out a conspiracy theory about “the ongoing Jewish onslaught against black people.” Martin peddled his gutter anti-Semitism to Harvard students at his lecture.

When Clark was criticized for bringing Martin to campus, she told the Crimson, “Professor Martin is an intelligent, well-versed Black intellectual who bases his information on indisputable fact.”

If confirmed by the Senate, Clark will be responsible for prosecuting anti-Semites who attack Jews, among other things by harassing them for supporting Israel.

Israel was able to withstand unrelenting pressure and hostility from Washington during the Obama years in part because of massive support for the Jewish state in Congress. Israel was also able to stand strong because its supporters in the media and around the country were willing to stand up to the administration when it undermined Israel strategically—as it did with the nuclear deal with Iran.

But as Biden takes office, Democrats are no longer willing to stand up to the progressive wing of the party, which is deeply hostile to Israel and its American Jewish supporters. The 2020 Democrat primaries saw some of Israel’s most stalwart congressional allies booted out of office by progressives openly hostile to Israel.

Republicans, for their part, are fending off witch hunts.

Over the past week, the public atmosphere in the United States has become one of unprecedented fear. The move by social media companies to deplatform President Donald Trump happened as media outlets and powerful political operatives are calling for Trump administration officials to be blacklisted and his supporters to be “deprogrammed.”

Deutsche Bank and Signature Bank shut down Trump’s accounts. Republican lawmakers who questioned the Electoral College results in disputed states are being defunded by major corporations and targeted for censure by their Democrat opponents and the media.

The social media free speech platform Parler was rapidly expanding as millions of conservatives fled the onerous and frightening censorship of their views by social media giants Facebook, Twitter, YouTube and Google. Last weekend Parler was destroyed by Apple, Google and Amazon who acted in open collusion to remove it from the Internet.

A new administration led by men and women with long records of unbridled hostility towards Israel and support for its enemies is taking the reins, with their party in full control of Congress, their ideological allies in full control of social media, and amid a cancel culture that punishes dissenting voices.

Americans who support Israel are less free today to voice their opposition to policies that harm Israel and embolden anti-Semites in America. And Israel itself is subjected to obsessive demonization by the dominant wing of the Democrat Party.

Thanks in large part to Trump’s extraordinary friendship, Israel is much more powerful than it was when Obama left office, but it is still vulnerable. Whether it has the power to persuade Biden and his advisers to change course remains to be seen. But what power Israel does have will have to be used to protect itself from the coming storm in its relations with the United States.