Say, therefore, ‘I grant him My pact of friendship. 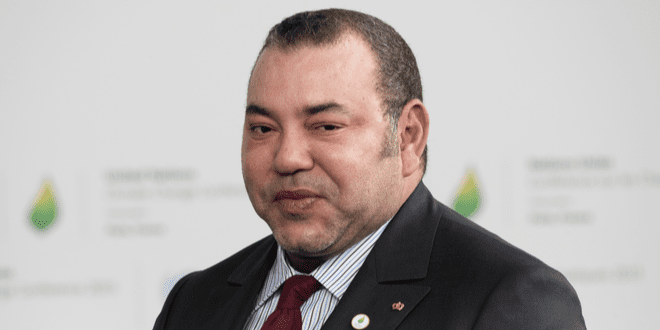 In a private Oval Office ceremony on Friday,  Princess Lalla Joumala Alaoui, Morocco’s ambassador to the United States, presented President Trump with the Order of Muhammad, the highest state decoration of the Kingdom of Morocco.

The award was a gift from King Mohammed VI in recognition of the US president’s work in normalizing relations between Morocco and Israel. The Order is only eligible for monarchs and foreign heads of state, members of the Royal Family and foreign princes and princesses.

In response, President Trump awarded the Legion of Merit to King Mohammed VI, though the king was no present for the presentation ceremony. The Legion of Merit is a rarely awarded decoration that can only be bestowed by the president, and typically on heads of state or government of other countries.

Iran: The Common Threat That is Uniting the Region

Much of the impetus for these deals has been the growing regional threat of Iranian expansionism fueled by a reinvigorated Iranian military in the wake of the Obama-brokered Joint Comprehensive Plan of Action (JCPOA) commonly referred to as the Iranian nuclear deal. President-elect Joe Biden is currently negotiating a return to the JCPOA under which Iran would be permitted an unhindered nuclear weapons program in under four years.

Trump has been criticized for the deal with Morocco in which he agreed that the United States would recognize Morocco’s sovereignty over Western Sahara. The region which is part of Morocco has been contested the Polisario Front, a socialist revolutionary movement backed by Algeria, Libya, and Cuba. Morocco has also accused Iran of supporting the militant group and working to destabilize the Sahara region.