Please Hold for the President Elect 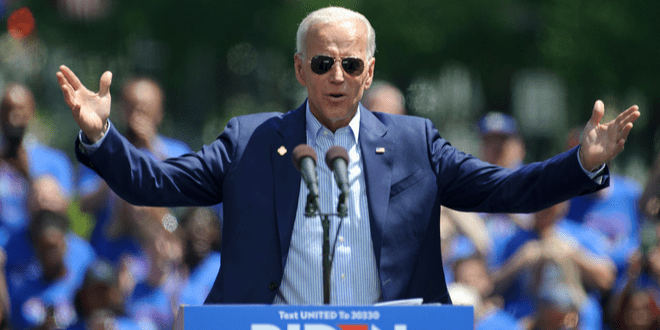 (The following is a detailed, complete, and accurate account of a phone call I did not have with President-elect Joe Biden.)

The other day, my phone rang.  Halfway into the third ring, I answered.

“Please hold for the President elect,” replied the voice on the other end.

I hadn’t recognized the incoming caller’s number but answered anyway.  My immediate thought was that a friend joking with me, or a telemarketer using a new scheme.  Before I could think too much more about it, another voice came on.

“Hi Jonathan, this is Joe Biden. Thanks for taking my call.”

Come on, man!  It sounded like Biden, I suppose, but this HAD to be a friend pulling my leg.

“Biden’s” voice cut off my skeptical thoughts, “Jonathan, I am sure you know that I am going to be sworn in as president soon.  I have been reading your articles and really could use your help.”

I really didn’t know what to say, or think.  I pulled the phone from my ear to look at the caller ID but didn’t recognize it.

“Jonathan, a few years ago you wrote an article that was critical of me and President Obama and how we were handling the Middle East situation.  I remember discussing that with him.  Between us, he was kind of pissed off.  I understood what you were saying, but he was the boss, you know.”

“Don’t tell anyone I said it, ha.  Actually, you can if you want.  Nobody would believe it.  But all during the last months of the campaign, with one Arab country after another making peace with Israel, I said to Jill, ‘You gotta give Trump credit for these major peace deals in the Middle East.’ Of course, I couldn’t say that in the campaign. But I get it. Now, I want to build on it. I need your help please.”

Biden continued, “I really don’t want the anti-Israel wing of the party to make problems.  I have some ideas but want to know what you think.”

“Well Mr. President-elect, I really didn’t expect and wasn’t prepared for your call.”

“OK, Joe,” I stammered.  It didn’t seem right but “Mr. President Elect” was too long.

“So, you’re right.  President Trump does deserve credit. One of the reasons he succeeded is that he inherited the situation you left him where many of the Arabs didn’t trust President Obama. The Iran deal emboldened the Iranians and threatened the Arabs.  It threatened us in Israel too. It still does. It had the indirect effect of pushing the Arab states and Israel closer.  I don’t suspect that President Obama realizes this, and if he does, he’s not going to take credit, but it’s the reality.”

“So, Barack and I get the assist?” Joe asked playfully.

“Yeah, I suppose.” Then I got serious again.

“I believe that President Trump understood this and that rather than using the same old stale paradigm, he went way out of the box with a model that’s worked.  Of course, there’s more to do.  It didn’t help that the Palestinian Authority and other terror organizations immediately rejected his peace plan, even before it was presented.  But by thinking out of the box and presenting opportunities that addressed the reality of the situation, rather than looking at things through a prism of how Obama wanted them to be, Trump did a lot of good vis a vis Israel and peace in general.  You have an opportunity to continue that.”

“Joe, I really hope that you won’t revert to the broken paradigm that didn’t work, or run to make a new deal with Iran. Iran is very dangerous. We don’t want it to be that way, but that’s the reality and we need to, you need to, deal with the reality. They’re not peaceful. They don’t want peace. Their people are oppressed. They wreak danger and havoc throughout the world. How anyone doesn’t realize that now, well its beyond me. But it’s the truth.”

“Peace is nice, but you can’t force it.  You can’t give it away.  That’s what it seemed like Obama was doing. Running to make a deal at any cost, even if it was a bad deal, which it was. Trump took it a different direction.  He brought together common interests between Israel and the Arab states. There are many, and these should be built upon.  I hope you’ll continue in this direction. I suspect that there could easily be another 2-4 who’d make peace.  It’d be a shame if you don’t look at the good that Trump did and strive to continue it, rather than throw it under the bus because he’s the one who did it.  Not to beat a dead horse, but Obama also threw important US allies under the bus and made things worse, specifically in Egypt.”

I continued, appealing to his historical perspective and common sense, “I know you know this. Not everyone is a democrat in this part of the world, with either a big or small D. There are people you can work with, who you have to work with.  I think you probably know who they are already. They may not all be great people or the example of American democracy that you know, but don’t abandon a model that’s working because Trump launched it.”

“Joe, can I make one other point?”

“Sure, Jonathan.  Please do.  This is good stuff.”

“Joe, you’re about to become the most powerful person on earth.  You need to assess and do things that are in America’s interests.  You’ve got a lot of people who want you to throw Israel under a bus, who think that Israel is the cause of all evil, if not in the world, surely in the Middle East.  The Abraham Accords have disproved that. A good number of the people who feel this way are radical Democrats. You need to resist them and not take the US down a path that isn’t beneficial for the US.”

“One of the things that Trump hasn’t been recognized enough for and highlights this, is how he did what was right in several instances, despite critics and threats. Recognizing Jerusalem as Israel’s capitol, moving the embassy, acknowledging Israel’s rights to the Golan, affirming that “settlements” are not an obstacle to peace all were positive, for sure.  Breaking with the tired presumption that the Middle East conflict could only be settled with a resolution of the differences with the Palestinian Arabs was also key. It held the whole world hostage. Not only did the sky not fall when he did these things, but they laid a foundation for peace. You need to build on that.”

I continued, sharing something he’s not likely to know. “I heard a story that on his first overseas trip, Trump ended the practice of US delegations flying between Saudi Arabia and Israel, first landing in Jordan in order to prevent there being a direct flight between the two. How on earth was or could that have ever been in the US’ interests.  He ended that, and we’re better off for it.  The US is better off. The Saudis are more open than ever to peace with Israel. It’s a new era, you need to build on it, not walk it back.”

“That makes sense Jonathan. You know, it’s not going to be easy. There are many pulling me down the path to warm up to Iran and cut Bibi off at the knees. Would it be OK if I called you from time to time to get your input?”

“Of course, Mr. Pr.., uh Joe.  Any time. Lots of people are saying you’ll fail.  Don’t trash what Trump did just because he did it.  If you keep down that path, you can succeed.  I pray you will.”