One World Government: A Necessary Evil for Messiah to Prevail, Mystical Rabbi Proclaims

“Behold, I am sending My messenger to clear the way before Me, and the Lord whom you seek shall come to His Temple suddenly. As for the angel of the covenant that you desire, he is already coming.” 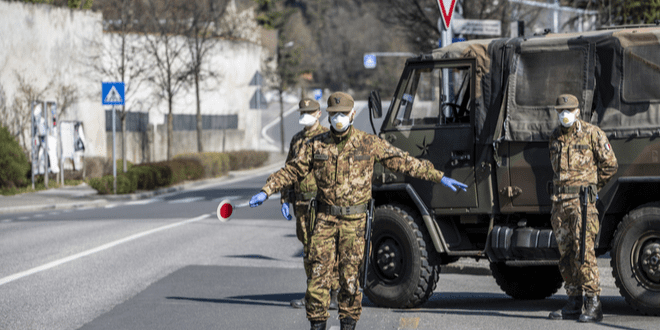 We Are Witnessing God’s Final Battle Against Evil

For those struggling to find spiritual meaning in the turmoil through which we are living, the recent words of Rabbi Alon Anava, speaking from the holy city of Tzfat in northern Israel, are intended to bring clarity.

“You can clearly see that the force of evil and darkness is trying to annihilate the force of good,” he stated. “The reality is that we are facing annihilation any way you look at it.”

Anava advised his listeners not to be stressed, depressed or lose hope because, “at the end of the day, it’s all the orchestra of the Kadosh Baruch Hu (the Holy One, Blessed is He). The Master of the Universe is preparing it all.” He emphasized that worry is a waste of time, since this is all part of God’s final battle against evil.

Much like a seed disintegrates in the ground or an old building must be demolished before a new building can be constructed, Anava reminded his listeners that, “In order to move into a new beginning, the old reality has to be destroyed. [There] has to be a destruction. We’re just asking that the destruction not be so big.”

Turning his attention to the plan for a one world government, which he says is a plot of those on the side of evil, Anava suggested that they are, ironically, actually preparing for the universal rule of the Messiah. “How can Moshiach (Messiah) control if there’s going to be governments? So they are actually doing the job for Moshiach.

“What we see in front of our eyes is Hashem (God) doing it in His kind way. It looks like darkness is becoming stronger [but in reality] it’s darkness diminishing. The evil is diminishing.”

Feelings of Loss of Control Are Normal

While reminding his listeners that there is more destruction coming, to make way for the messianic era, he also reminds people not to stress over their feelings of loss of control. “You know what a lot of people stress over? That they don’t have any control. Don’t worry. You’re going to lose even more control. The point is that Hashem is trying to bring you to a situation that exactly what our Sages said 2,500 years ago, ‘We have nobody to count on but the Master of the Universe!’

“So Hashem is breaking the rules of the universe so you will humble yourself, then you will understand it’s all in the Hands of the Kadosh Baruch Hu.”

Prayer is the Answer

Once someone accepts that we have no control and that God is running the entire show in order to prepare for the end of days, what is left for us to do? Anava offered this advice: “Pray. Pray to the Kadosh Baruch Hu. We pray to sweeten the judgement.

“There is no place to fall into sadness and despair because either way you’re looking at it, you have zero control. Better to humble yourself in front of the Master of the Universe. Hashem runs the show. You have nothing to be afraid of.

“The Yetzer Hara (evil inclination), the descendants of Aisav (Esau), Amalek, the evil forces, call it however you want. Their agenda is to make you under stress and fear, because when you are in fear,  you can be easily controlled.”

While emphasizing the importance of accepting that we don’t have control, that God runs the world and that prayer is our only hope for sweetening the judgement, Anava is careful not to promise that redemption will come smoothly “with a lot of confetti in the air. The redemption is not coming like that. It’s going to come with a show and a half. The production that we’re about to see is way bigger than you can imagine. It’s better to prepare now so you’re not going to lose your mind when you see it.

He urged people not to discount the power of prayer. Study the Hebrew Scriptures. Read Tehillim (Psalms).

Anava concluded by reminding his listeners that prayer is not only asking God for something. It’s also expressing praise and gratitude to God. If we connect to God through the power of prayer, Anava assures us that we will sweeten the redemption and be able to see it “with our physical eyes.”