And let them make Me a sanctuary that I may dwell among them. 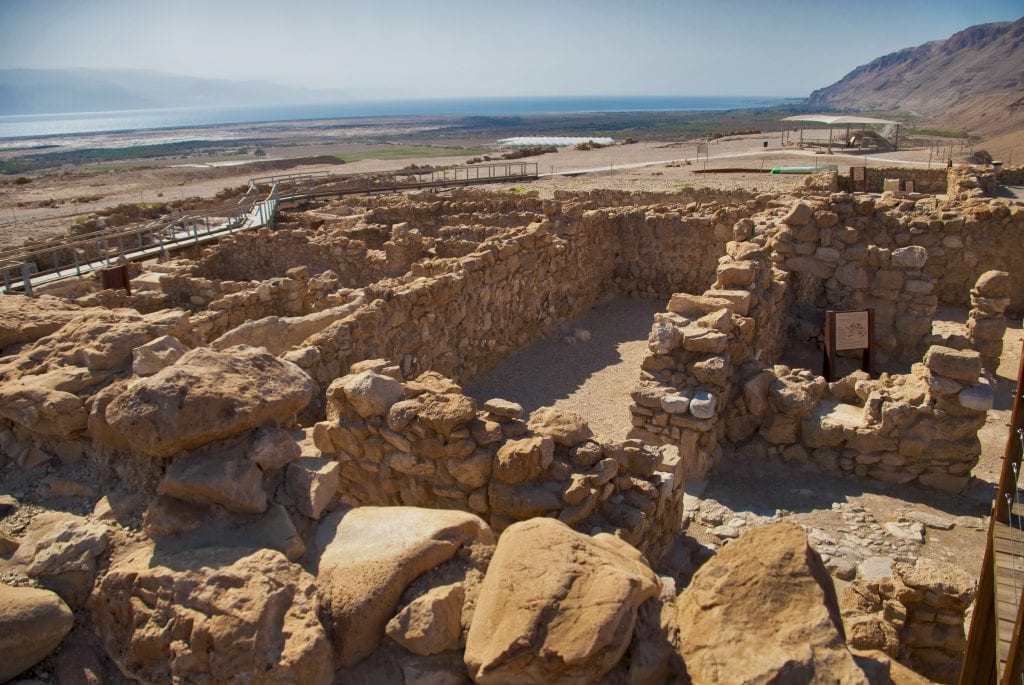 Many have described the year 2020 as ‘apocalyptical.’  In Israel, it was also a year of fascinating archaeological discoveries confirming the Bible’s timeline.

A nine-year-old boy spent a day volunteering at the Sifting Project when he found a  perfectly preserved gold earring. The earring was in such good condition that archaeologists did not believe at first that it was authentic. But a second look proved it was of the sort described  n the book of Isaiah (chapter 3 verses 18-23) as netifot. The Israel Antiquities Authority (IAA) and the Western Wall Heritage Foundation unveiled an astounding discovery: a unique subterranean system hewn in the bedrock underneath the Temple Mount. Archaeologists working in the Western Wall Tunnels discovered 1,400-year-old remains of a subterranean public building.

This was a story of the tragedy of what might have been. A tractor carrying out illegal construction on the Temple Mount broke a flagstone in the plaza, revealing an underground tunnel from the Second Temple Period. Unfortunately, the Israeli government chose to sidestep the remarkable find and filled it in with concrete.

4. Coin from the Bar Kokhba Revolt Discovered by Temple Mount

In honor of Lag B’Omer, the Israel Antiquities Authority presents this  rare bronze coin from the period of the Bar Kokhba revolt (circa 132 CE) was discovered in archaeological excavations of the Israel Antiquities Authority in the William Davidson Archaeological Park, under the supervision of the Company for the Reconstruction and Development of the Jewish Quarter in the Old City of Jerusalem, Ltd. located between the Temple Mount and the City of David

One of the largest ceramic oil-lamp workshops in Israel has been discovered by Israel Antiquities Authority excavations in Beit Shemesh. Hundreds of ceramic oil lamps, two bearing symbols of the menorah and stone lamp molds for their production were found along with terracotta figurines which were made about 1600–1700 years ago.

A fortified complex from the time of King David (Iron Age, eleventh to tenth centuries BCE) was exposed for the first time in archaeological excavations carried out by the Israel Antiquities Authority (IAA)​ in Hispin in the Golan Heights.

7. Remains of Royal Palace from the time of Kings Hezekiah-Josiah found in Jerusalem

The unveiled collection includes, among other things, three complete medium-sized stone capitals and items from lavish window frames, incorporating balustrades composed of stylish columns on which a series of Proto-Aeolian style capitals of a tiny size were affixed.

A clay jar discovered in an archaeological dig on the northern border has archaeologists reconsidering their notions of ancient Israel’s borders. All because of the name inscribed on the jar which, like the names of many Jews today, identified the long-dead owner as one who worshiped the God of Israel.

9. An engraved Menorah Discovered on Façade of Tomb possibly from Hasmonean Era

A graffito drawing of a seven-branched menora (candelabrum) was discovered almost four decades ago at the entrance to a tomb on the outskirts of the Arab village of Mikhmas northeast of Jerusalem in a survey initiated by the Staff Office for Archaeology in Judea and Samaria of the Civil Administration.

Prior to the construction of a major interchange at the Hamovil junction in Lower Galilee,  an archaeological salvage dig carried out by the Israel Antiquities Authority revealed the remains of a Jewish agricultural farmstead from the Second Temple period (2000 years ago), including a magnificent mikveh. The excavations were conducted with the help of workers from the village of Kfar Manda, students of pre-military preparatory programs and volunteers from the vicinity, including residents of the nearby Kibbutz Hannaton.