The Most Consequential Jew of 2020: Jared Kushner

Home » The Most Consequential Jew of 2020: Jared Kushner 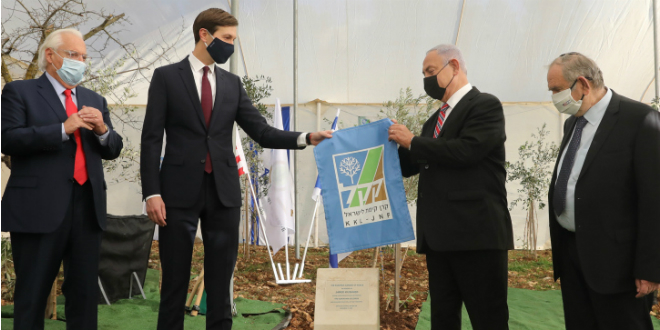 He and his wife have been warned never to return to New York. He’s been mocked and demonized, as well as blamed for every bad thing that has happened in the last four years, including white-supremacist violence and the coronavirus pandemic. Indeed, outside of President Donald Trump, there may have been no figure in his administration who has been more reviled than Jared Kushner.

Nor was the anger at Kushner limited to the administration’s usual detractors on the left since some of Trump’s most devoted cheerleaders, especially Fox News personality Tucker Carlson, have repeatedly singled him out for opprobrium. According to Carlson, Kushner was a negative influence on his father-in-law and a globalist/neocon who had diverted him from both a consistent “America First” foreign policy and for orchestrating the First Step Act, the president’s successful prison reform agenda.

Now that Trump is headed out of Washington next month, Kushner was also in the middle of one of the last of this White House’s scandals. His father, Charles Kushner, was a recipient of one of a number of controversial presidential pardons for past crimes that landed him in jail.

Yet even if you count yourself among the legion of those who hated Trump, the glib dismissal of Kushner doesn’t stand up to scrutiny. Though the scion of a wealthy New Jersey family of Modern Orthodox Jews was among the least likely people to be entrusted with serious government responsibility, fair-minded historians will have to render a verdict on his service that is at odds with the pop-culture image of a sycophant who inherited wealth and then married his way into power.

Kushner’s record as a presidential adviser deserves to be deemed a success. More than that, he was also the most consequential Jewish public figure of 2020.

As the principal figure behind the administration’s Middle East policy, he deserves the lion’s share of the credit for the Abraham Accords and the normalization of relations between four Muslim countries and Israel, the single most significant Jewish event of an otherwise dismal year of a raging pandemic the economic devastation it has left in its wake.

Acknowledging that Kushner has been anything but an accomplice to perfidy is something most American Jews are unlikely to do. For much of the 70 percent of American Jewry that voted for Joe Biden last month, Trump is the sum of all evil. Indeed, in an election campaign in which Jewish leaders who should have known better were so deranged by partisan anger that they sanctioned comparisons between the administration and Nazi Germany or deliberately mischaracterized the president’s comments about white supremacists, it allowed some to depict Kushner as a Jewish apologist for anti-Semitism, despite the fact that this was the most pro-Israel administration ever and one that acted to combat Jew-hatred on college campuses when its predecessor refused to do so.

The pandemic was the most important story of 2020, and the part that Kushner played in the White House’s response to it was not particularly distinguished. But those who want to blame him for the government’s failures need to measure his efforts against those of every other country. The administration’s lack of success in dealing with a novel challenge can’t be denied, but the same can be said of others as well. And if we’re going to blame Kushner and his colleagues for not preventing the catastrophe, they also deserve some credit for their role in smoothing the way for a successful, indeed perhaps miraculous, rollout of the vaccine that will hopefully end the plague.

But long after COVID-19 has ceased to be a partisan cudgel with which to beat Trump, Kushner’s foreign-policy triumph will also deserve to be not merely remembered, but acknowledged, as a result of his determination to avoid repeating the mistakes of his predecessors.

When the 30-something former real estate developer and dilettante publisher was giving the Middle East portfolio in his father-in-law’s administration, mockery and incredulity were a reasonable response. Kushner had no foreign credentials and had no more knowledge of the region that could be obtained from a day-school education and trips to Israel. He got that job for the same reason he was in the White House in the first place. Distrustful of experts and government veterans, Trump surrounded himself with family and cronies, including his daughter Ivanka and her husband.

But unlike the highly qualified foreign-policy experts who had served in that role previously, Kushner wasn’t held hostage by the conventional wisdom about how to solve the conflict between Israel and the Palestinians that had guided his predecessors. To the dismay of his critics, he discarded the formula that called for pressure on Israel and turning a blind eye to Palestinian support for terror and intransigence. And he didn’t just try to take advantage of the growing willingness on the part of Arab and Muslim states not under the malign influence of Iran to accept Israel as a permanent presence in the region. He took advantage of it to promote peace with the Jewish state and to help free these nations from being held hostage to the Palestinian obsession in denying its legitimacy.

The result was a series of agreements that would—had they occurred on the watch of any president other than Trump—be acclaimed as earth-shaking accomplishments.

Anti-Trump partisans minimized the importance of the Abraham Accords. But the formal breakdown of Israel’s isolation, which has involved not just trade and quid pro quos involving U.S. concessions to some nations, but tourism and the growth of normal interactions between Israelis and Arabs in the Gulf, has the potential to be a transformative event in the history of the region and that of the Jewish state.

Though the process that led to this development was years in the making and had much to do with the diplomatic work of Israeli Prime Minister Benjamin Netanyahu, it simply wouldn’t have happened if the people running U.S. foreign policy had the same priorities as former Secretary of State John Kerry. He didn’t merely predict that normalization was impossible. Kerry’s actions and those of former President Barack Obama—and others who came before them—actively discouraged such an outcome.

Seen in that light, Kushner’s work—aided as he was by the rest of the Trump Middle East team—was truly historic. Nothing else involving Israel or the American Jewish world in 2020 comes close to it in terms of its ultimate significance.

No matter whether you think Kushner had any right to the job he was given, what he did in terms of promoting genuine peace has earned him an honored place in the history of Israel and American foreign policy. While those who fought to save lives during the pandemic are the true heroes of 2020, the Abraham Accords make Kushner the most consequential Jew of 2020.