Mystic Rabbi who accurately Predicted New Strain of Covid back in May, Makes this Messianic Prediction

After that, I will pour out My spirit on all flesh; Your sons and daughters shall prophesy; Your old men shall dream dreams, And your young men shall see visions.

Home » Mystic Rabbi who accurately Predicted New Strain of Covid back in May, Makes this Messianic Prediction 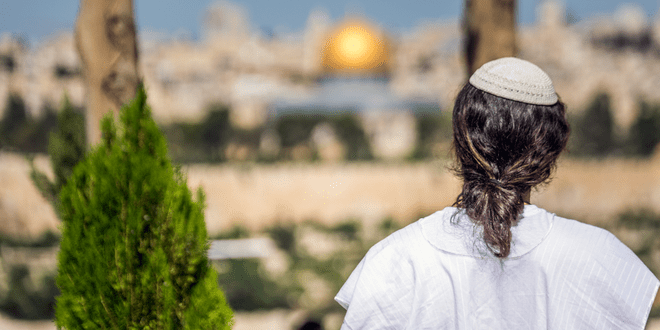 While scientists struggle to understand the coronavirus as it shifts and changes in front of their eyes, a mystic rabbi in Israel is making accurate predictions of what lies in store for the world.

Last week, it was announced that a spike in coronavirus cases in Britain was caused by an outbreak of a new mutated strain of the virus labeled N501Y by scientists. This development is raising concerns about the efficacy of the recently released vaccine. A mutation means a change in the genetic sequence of the SARS-CoV-2, which is an RNA virus. Experts are reassuring the public that the vaccine will be effective as there have already been over 4,000 mutations detected in the coronavirus since the pandemic began while noting that a single mutation does not render the vaccine ineffective.  The British mutation initially appeared in Brazil in April before crossing the Atlantic Ocean, though it appears to have become up to 70% more transmissible but not more deadly or resistant to vaccines, since leaving South America. The same mutation has also been detected in the Netherlands, Denmark, and Australia. Several countries to put a travel ban in place, restricting arrivals of travelers and, in some cases, products from Britain.

This development in the pandemic was predicted seven months ago by Rabbi Nir Ben Artzi, a mystic rabbi in Israel renowned for his accurate predictions. On May 27, the rabbi gave a sermon in his Torah academy.

“The Creator of the world loves Israel,” Rabbi Ben Artzi began. “He brought the plague of the corona by the ‘king’s road’ (the high road, the fast way). God is pleading with the Jews who live outside of Israel to come to Israel. Outside of Israel is a killer that will not stop killing. The corona is running rampant in the world. The corona has made the world into a huge bowl of spaghetti.”

In November, the rabbi discussed the pandemic again.

“There is the plague epidemic but very soon there will be an epidemic of a different sort. This is because God wants to change mankind into a different kind.”

“The Jews outside of Israel are living in an illusion that nothing will happen to them,” Rabbi Ben Artzi said. “The hatred is going to increase and corona is just going to get worse. There will come a new corona that will go to the US and every place including Russia.

God is telling the Jews outside of Israel that He will not go back. The next stage is the redemption and Messiah.

The rabbi then cited the Mishne Torah, a compendium of Torah law written by Maimonides (the Rambam, Halachot Malachim 11:1 )in the 12th century.

“Anyone who does not believe in him or does not await his coming, denies not only the statements of the other prophets, but those of the Torah and Moses, our teacher,” Maimonides wrote. “The Torah testified to his coming”

“The belief in the Messiah is one of the thirteen principles of faith of Judaism established by the Rambam that are recited after morning prayers,” Rabbi Ben Artzi said. “Anyone who does not believe that the Messiah will come has a deep problem, with himself and with his Creator. Without Messiah, this world will come to an end.

Rabbi Ben Artzi began his string of accurate predictions four years ago. Israel was being threatened by impending sale of the advanced Russian S-300 anti-air system to Iran. Rabbi Ben Artzi reassured his followers that the weapons system would not be a threat to Israel, despite what military experts claimed. He cited Psalms as the source of his prescient knowledge.

Their sword shall enter into their own heart, and their bows shall be broken. Psalms 37:15

The rabbi predicted, “These missiles, which can shoot down practically any plane, will get a virus in their computers, and go crazy. They will blow up inside their bunkers. The launcher will blow up underneath them.”

The rabbi has made many other predictions, some of which have already manifested.