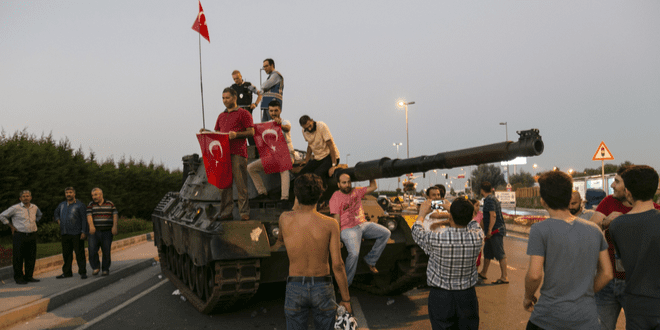 Spring has arrived in Ankara earlier than expected this year. A change of tune, which has been music to Israeli ears, has emanated from the Turkish capital in recent weeks, and it appears that under the surface—and under the media radar—the countries’ frozen and even hostile diplomatic relations are thawing.

The peace agreement between Israel and Morocco was welcomed in Turkey, or at least was not hastily condemned as was the normalization agreement between Israel and the United Arab Emirates three months ago. At the time, Turkey protested the move by recalling its ambassador from Abu Dhabi, but now says it wants to appoint a new Turkish ambassador to Israel, effectively upgrading diplomatic ties between the two countries, that were downgraded in May 2018 following skirmishes with Palestinian rioters along the Gaza security fence. Also at that time, Turkish President Recep Tayyip Erdoğan wrote on Twitter that Israel “has Palestinian blood on its hands” and advised it to learn a lesson in humanity from the Ten Commandments.

Last month, Erdoğan also dispatched his confidant Hakan Fidan, the head of Turkish intelligence, on a secret visit to Israel. Meanwhile, a Turkish conglomerate is showing interest in a tender to privatize Haifa Port, and the Turkish press is calling on both countries to advance a joint maritime pact to ensure sovereignty in the Mediterranean Sea and its natural gas reservoirs. In the past, it should be noted, Israel considered the possibility of channeling its natural gas to Europe through Turkey, but the Turks torpedoed the venture by declaring that “the blood of the Palestinians is more valuable to them than the dollars that could be made in such a deal.”

The Turkish tune has changed, as stated, and it’s obvious that none of this would be happening without Erdoğan’s approval. It’s already been said that the Turkish president is incapable of holding his tongue, although it’s fair to admit there is a method to the madness. To be sure, his provocative remarks—sometimes against Israel, other times against Europe or the United States—are meant to serve his political interests at home. In terms of actions, however, Erdoğan has always been exceedingly cautious. Case in point, he made sure not to completely sever ties with Israel and, unsurprisingly, even expanded the scope of commercial ties between Israel and Turkey while travel and tourism ties have flourished.

Now Erdoğan has apparently decided to shift into a new gear. The reason, of course, is that Turkey has fallen out economically and diplomatically with all its neighbors. In the Arab world, Turkey is all but shunned, while Ankara was on the verge of a military confrontation with Europe in the Mediterranean. Above all, meanwhile, looms the shadow of U.S. president-elect Joe Biden, who does little to hide his contempt for Erdoğan.

Israel, for its part, shouldn’t ignore Turkey’s outstretched hand. In the Middle East, after all, relations are always based on interests; talking and even cooperating is preferable to conflict and hostility. Beyond that, Turkey is not an enemy of Israel. It is in competition with us; there is a rivalry and there are tensions, but there’s no reason for these to become a direct clash. At the same time, however, it is prudent to guard against any sense of euphoria; as stated, it is an alliance predicated on interests. There will never be a great love story between us and Erdoğan.