First Evidence of Trade in Exotic Foods from India and Southeast Asia to Land of Israel 1,000 Years Before It Was Previously Known

Others go down to the sea in ships, ply their trade in the mighty waters.

Home » First Evidence of Trade in Exotic Foods from India and Southeast Asia to Land of Israel 1,000 Years Before It Was Previously Known 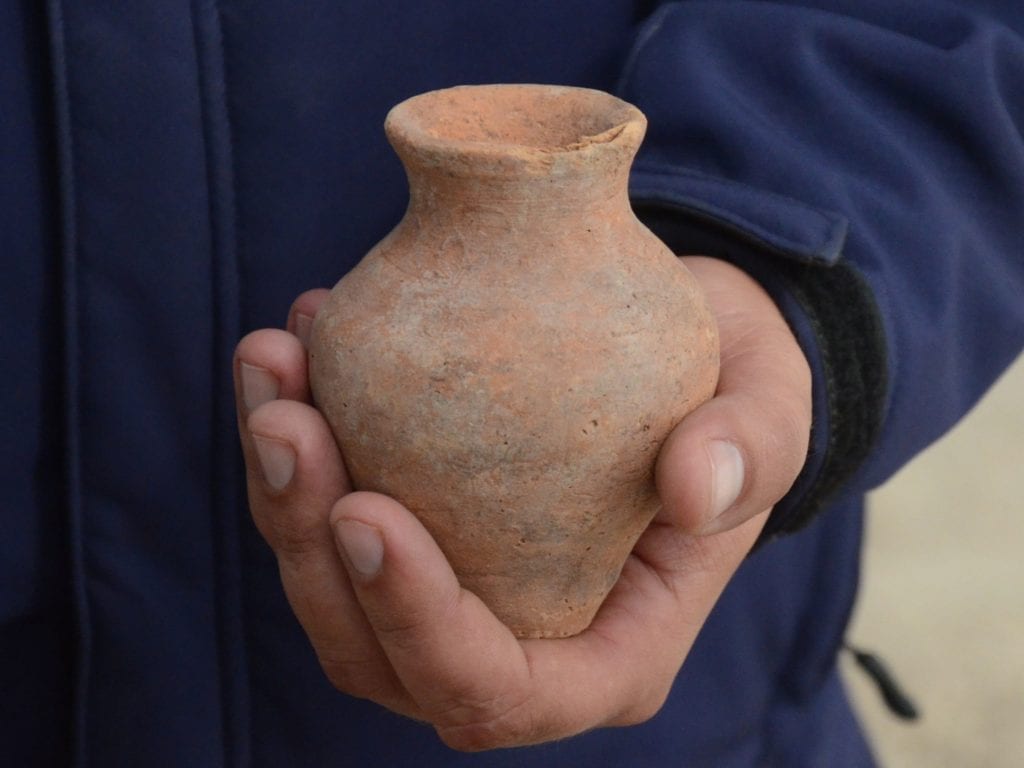 Go to any Israeli supermarket and you will find soybeans, dried bananas and the yellow spice turmeric. Could these products – which originate in southeast Asia – have been available in the Land of Israel during the Biblical (Israelite) Period known to archaeologists as the Bronze and  Early Iron Age.

In fact, they all were, according to new findings unearthed by researchers at the University of Munich, Tel Aviv University and the Israel Antiquities Authority who studied the dental calculus (plaque) on the teeth of skeletons dated from the 16th century BCE at Megiddo (in northern Israel) and the 11th century BCE at Tel Erani (near the town of Kiryat Gat north of Beersheba).

The evidence, just published in journal PNAS (Proceedings of the National Academy of Sciences of the US) under the title “Exotic foods reveal contact between South Asia and the Near East during the second millennium BCE” proved that merchants traded in such exotic foods almost 1,000 years before any previously known availability of these foods in our region.

The study was led by Prof. Philipp Stockhammer of the University of Munich, involved researchers from institutions around the world. TAU was represented by Prof. Israel Finkelstein and Dr. Mario Martin of the department of archaeology and ancient Near Eastern cultures; and the Israel Antiquities Authority was represented by Dr. Ianir Milevski and Dmitry Yegorov of the excavations, surveys and research department.

The team explained that when we picture the market of the city of Megiddo 3,700 years ago, we think of local foods like wheat, dates and sesame seeds – and sure enough, ancient proteins and microfossils from these staple foods were found in the examined jawbones. But alongside these expected findings, traces of soybeans, bananas and turmeric were also discovered.

According to the researchers, this is the earliest evidence of soybeans, bananas and turmeric found anywhere outside of Southeast Asia. The discovery pushes back the earliest known availability of these foods in the Land of Israel and the Mediterranean Basin by centuries (turmeric) and even 1,000 years (soybeans).

This means that long-distance trade in exotic fruits, spices and oils was conducted between Southeast Asia and the region of the Land of Israel, through Mesopotamia or Egypt, as early as the second millennium BCE – namely, globalization in the Bronze and early Iron Ages. Clearly, no bananas would have survived the journey from Southeast Asia to Megiddo, and therefore we can assume that these were delivered and consumed as dry fruits.

“This is clear evidence of trade with Southeast Asia as early as the 16th century BCE – much earlier than previously assumed,” noted Finkelstein. “Several years ago, we found similar evidence of long-distance trade – molecular traces of vanilla in ceramic vessels from the same period at Megiddo. Yet very little is known about the trade routes or how the goods were delivered.”

“One surprising find in our excavation at Tel Erani was a cemetery from the Early Iron Age – about 3,100 years ago,” said Milevski and Yegorov. “In some tombs, we found families buried together, children alongside their parents. We also found burial offerings – bowls, jugs and pitchers buried with the dead, for their use in the afterlife. In some vessels, we found animal bones, mostly the remains of sheep and goats, intended as food for the dead. We plan to further investigate the vessels, in search of remains of bananas and sesame seeds similar to those found in the teeth of the people buried with them.”

The two Antiquities Authority researchers added that they are collaborating with Prof. Stockhammer in testing the DNA in the human bones, in an attempt to understand who these people were and where they came from.

Turmeric and soy proteins were discovered in the jawbone of one person in Megiddo, and banana proteins were found in two jawbones from Tel Erani. One can’t know how accessible these foods were to anyone from any social class. The researchers assume that the jawbones probably belonged to people of relatively high social status in the city-state of Megiddo. This is apparent from the structure of the tombs and the offerings placed in them. In addition, the researchers found evidence of the eating of sesame seeds in jawbones from both Megiddo and Tel Erani, indicating that this was a significant component of the local cuisine as early as the second millennium BCE.

“Our study demonstrates the immense possibilities embodied in the incorporation of the exact and natural sciences into modern archaeological research,” concluded Finkelstein.  “Traditional archaeology, which may also be called macro-archaeology, provides data visible to the eye – such as buildings, pottery, jewelry and weapons. A whole world of other data of critical importance is revealed only under the microscope and by using advanced analytical methods.”