Iran’s Global Terror Network Lurks Behind its Threats of Vengeance 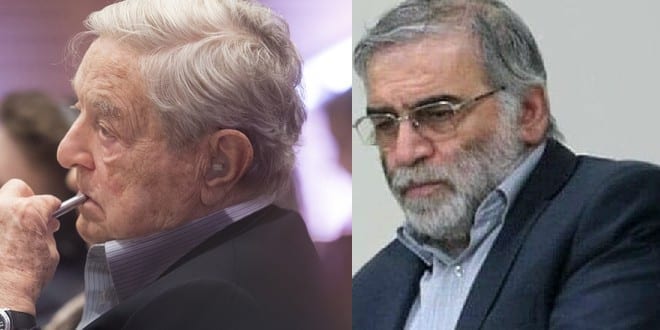 Iran’s repeated threats Iran to avenge the reported assassination of its chief nuclear scientist, Mohsen Fakhrizadeh, who was shot dead outside of Tehran last month, have raised the likelihood of Iranian armed action against Israeli targets.

The threats also serve as a reminder that Iran has a long history of both sponsoring terrorism and actively engaging in it with its own personnel, and that it has spent decades building a global, highly active Shi’ite terror network.

Fakhrizadeh, who attended North Korea’s 2013 underground atomic bomb test, was responsible for the weaponization phase of the Iranian nuclear program, previously known as Amad. While the Atomic Energy Organization of Iran is in charge of stockpiling uranium, Fakhrizadeh and his team were earmarked by the Iranian regime to take over when the decision would be made to breakout to nuclear weapons.

Now, as Supreme Leader Ayatollah Khamenei and the Islamic Revolutionary Guards Corps (IRGC) examine retaliation options and possible timing, presumably weighing opportunities to launch painful attacks while attempting to avoid an all-out regional war, it is worth recalling how Iran reacted when four of its nuclear scientists were assassinated on Iranian soil between 2010 and 2012.

In the space of two days, in February 2012, Iranian bombers attempted to murder Israeli diplomats in Georgia, India, and Thailand. Israel named Iran’s elite Quds Force, which is responsible for subversion campaigns beyond Iran’s borders, as well as arming and activating international terror networks, as being responsible for implementing those attacks.

In New Delhi, an Israeli diplomat’s wife and three other people were injured when an attacker on a motorcycle stuck a magnet bomb on her vehicle. In Bangkok, two Iranian men were arrested and later jailed after an enormous explosion ripped through a home they were staying at. In the ensuing police pursuit, one of the suspects lost his legs in a blast after he attempted to hurl an explosive at Thai police.

Thai police said the two were part of a hit team sent to kill Israeli diplomats in Bangkok. A third Iranian was arrested in Malaysia after fleeing Thailand, and was later extradited and jailed.

Last month, Thailand freed the three men as part of a prisoner exchange deal to secure the release of Australian-British scholar Kylie Moore-Gilbert, who had been languishing in an Iranian prison for two years on espionage charges, and held as a bargaining chip by Tehran.

Israel’s former ambassador to Thailand, Itzhak Shoham, reacted furiously to the release, saying, “It saddens me to see the pictures as [the Iranians] celebrate instead of rotting in prison.”

During the 2012 attack wave, a driver for the Israeli embassy in the Georgian capital of Tbilisi noticed an explosive device planted under his vehicle, alerting authorities and preventing a terror attack.

Teaming Up for Terror

Iran’s modus operandi is clear enough: It targets Israeli diplomatic assets overseas on a regular basis. But Iran has also worked closely with Hizballah on carrying out international terror attacks, and when diplomatic targets proved trickier than planned, the Shi’ite axis has gone after the soft target of Israeli tourists.

In September, a Bulgarian court convicted two suspected Hizballah operatives in absentia for a 2012 bus bombing in the resort city of Burgas, which killed five Israeli tourists and their Bulgarian driver.

This pattern is nothing new. In 1992, a month after Israel assassinated Hizballah chief Abbas Musawi in Lebanon in an Apache helicopter strike, bombers struck the Israeli embassy in Buenos Aires, Argentina. Twenty nine people were murdered and 250 were injured in that mass casualty attack. “Iran stands behind the heinous attack; Iran conceived and planned the attack and carried it out through its proxy – Hezbollah,” the Israeli Foreign Ministry stated.

Two years later, in 1994, a suicide truck bomber attacked the AMIA Jewish community center in Buenos Aires, killing 85 and injuring hundreds. Argentine prosecutor Alberto Nisman and fellow prosecutor Marcelo Martínez Burgos formally accused senior Iranian regime officials of plotting the attack, and Hizballah of carrying it out. In January 2015, Nisman was found dead in his Buenos Aires home just a day before he was scheduled to testify before an Argentine congressional panel regarding his charge against former Argentine president, Cristina Fernandez de Kirchner, whom Nisman accused of covering up Iran’s role in the AMIA bombing.

The Iranian-Shi’ite terror network showed no sign of slowing down in recent years, although it did run into successful interceptions of its plots. Throughout 2013 and 2014, the Iranian Quds Force supplied Hizballah cells worldwide with hundreds of tons of ammonium nitrate explosive materials for the purpose of preparing future attacks.

That same explosive chemical was found in a Thai property by police during a 2012 arrest of a Hizballah agent, and the investigation later suggested that the property was being used to prepare shipments of the explosive to Hizballah cells in other countries.

Cypriot police found 8.2 tons of ammonium nitrate in ice packs in 2015, and arrested a suspected Hizballah agent for plotting attacks on Israeli targets on the Mediterranean island. Its investigation revealed that the explosive stockpile had been hidden in place since 2011, and could have been used as a “point of export” to other destinations around the world.

Meanwhile, an increasing number of countries worldwide, and specifically in the European Union, are finally designating Hizballah as a terrorist organization in recognition of its central role in a global terror network. Slovenia and Latvia have recently banned the organization, as did the Czech Republic.

Iran’s activation of terrorism is so second nature to its regime that it has even brazenly sent its own diplomats on bombing runs on European soil.

At the end of November, a trial in Belgium began against an Iranian diplomat charged with plotting to bomb an Iranian opposition rally outside Paris.

In 2018, Belgian authorities arrested a Belgian-Iranian couple in a vehicle containing 500 grams (1.1 pounds) of TATP explosives and a detonator.

The investigation concluded that the Iranian diplomat, Assadollah Assadi, who was serving as the third counsellor at Iran’s embassy in Vienna, organized the plot with the backing of the Iranian regime. The couple, Assadi, and an additional co-conspirator are all currently on trial.

“The attack plan was conceived in the name of Iran and under its leadership. It was not a personal initiative by Assadi,” Jaak Raes, head of the Belgium’s state security service (VSSE), told prosecutors in February.

Previous operations targeting Iranian opposition activists have been organized by Iran’s Intelligence Ministry, which is tasked with killing and kidnapping missions. A month ago, an opposition Iranian Ahwahzi (an Arab community residing in southwest Iran) figure living in Sweden was lured by Iranian intelligence agents to Turkey, where he was kidnapped and transported back to Iran.

The above illustrates that Iran has multiple avenues it can consider as it threatens retaliation for the killing of its chief nuclear scientist. Its options include activating terror squads stationed in southern Syria on Israel’s border, although Iran’s activities in Syria are highly exposed to Israeli military action. Iran could even try to activate a terror cell inside Israel, as Israeli scientists reportedly were warned.

However Iran may attempt to respond, it will continue to try to build a global Shi’ite jihadist terrorism network, overseen by the Quds Force and which includes Hizballah operatives. The network’s goal will be to build up attack capabilities against Israeli and Jewish targets overseas. As an Israeli security source has noted, the network functions as a fully coordinated axis, in the murderous pursuit of international terrorism, and it does not distinguish between diplomats or tourists.