The Bundestag, BDS and Ex-Pat Israelis in Berlin

Home » The Bundestag, BDS and Ex-Pat Israelis in Berlin 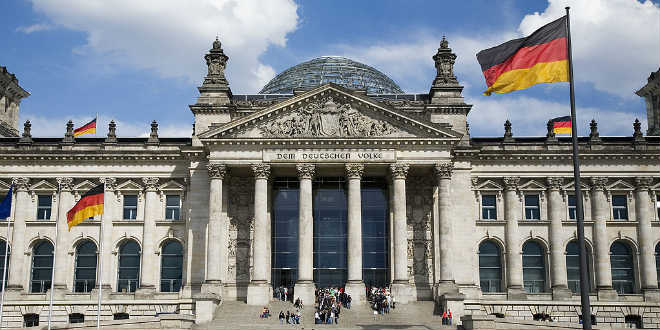 At a news conference in Berlin on Thursday, the directors of 32 academic and cultural institutions—some in attendance and others via Zoom—presented an open letter to protest the May 2019 Bundestag resolution categorizing BDS as anti-Semitic.

The resolution was based on the “working definition of anti-Semitism,” formulated by the International Holocaust Remembrance Alliance (IHRA) and adopted in 2017 ago by the German government. The IHRA definition includes a clause stating that manifestations of the phenomenon “might include the targeting of the state of Israel, conceived as a Jewish collectivity.”

Germany is only one of many countries that has signed on to the IHRA definition. Albania, Argentina, Austria, Belgium, Bulgaria, Canada, Cyprus, the Czech Republic, France, Greece, Hungary, Israel, Italy, Kosovo, Lithuania, Luxembourg, Moldova, The Netherlands, North Macedonia, Romania, Serbia, Slovakia, Slovenia, Spain, Sweden, the United Kingdom, the United States and Uruguay have also embraced it. Even the Global Imams Council, an international NGO made up of Muslim religious leaders from all Islamic denominations and schools of thought, recently did so.

It’s no wonder, then, that the signatories to the “Weltoffenheit” (world openness) Initiative” statement—released last week by the illustrious body of self-anointed defenders of freedom in Germany—made sure to insist that they are only motivated by the loftiest of ideals. They went as far as to assure that they “reject the BDS boycott of Israel,” but “consider the logic of counter-boycott, triggered by the parliamentary anti-BDS resolution, to be dangerous.”

“As representatives of public cultural and research institutions in Germany, we share a mandate from the state to promote arts and culture, historical research and democratic education and to make these accessible to the general public,” their statement began. “Toward this end, we rely on a public sphere that welcomes controversial debates in accordance with the norms of the German constitution.”

Their manifesto continued: “We are further committed to paying particular attention to marginalized and disregarded voices that stand for cultural diversity and critical perspectives.”

According to the signatories, among them the heads of the Goethe Institute, the Humboldt Forum, the Berlin Institute for Advanced Study and the Federal Cultural Foundation, “At the center of our initiative lies a common struggle against anti-Semitism, racism, right-wing extremism and any form of violent religious fundamentalism.”

Alluding to the Holocaust, they said that today, “a specific challenge lies in the responsibility to convey the particularities of the German past—which is characterized by the singular genocide of European Jews, on the one hand, and, by a late and relatively hesitant confrontation with Germany’s colonial history, on the other—to our cooperation partners around the world, so that we can work together toward a common present and future. This also entails an active commitment to heeding a diversity of Jewish positions and an openness toward non-European perspectives.”

One Jewish, non-European group that agrees with all of the above—except for its ostensible opposition to BDS, of course—is a bunch of Israeli ex-pats living in Berlin steeped in a project called the School for Unlearning Zionism. According to its mission statement, “The School for Unlearning Zionism originated in Berlin (as a place between Tel Aviv and Ramallah), by a group of Jewish Israelis seeking to be part of a movement for equality in Palestine/Israel and of deconstruction of systems built on inequality, oppression and exploitation.”

The project, co-founded by “artist and activist” Yehudit Yinhar, kicked off informally in 2019, with regular meetings in Hebrew of like-minded leftists. Due to its increasing popularity, it morphed into a more serious program, resulting in a series of online events in the fall of this year.

In an interview with The Left Berlin website on Oct. 19, Yinhar explained that “the School for Unlearning Zionism was created by a group of Jewish Israelis—artists and researchers—who were interested in reflecting on the hegemonial narrative in which we were raised. It’s a space in which we reflect on the personal and the political in our story, as well as places of power often being invisible to those who are part of it.”

Her claim that she and her fellow products of the cream of the crop of Israeli society were raised on a “hegemonial narrative” was ridiculous. Her next assertion—that a “space” was needed “in which knowledge [that was] not usually part of the conversation we were raised in [could] be presented and discussed, and new connections of knowledge [could] be made”—was downright laughable.

This is a young woman who was brought up to think independently, study whatever her heart desired and trot the globe in pursuit of her dreams, which is how she ended up as an art student at the Weissensee Art Academy (KHB) in Berlin.

This hasn’t prevented her, however, from painting an utterly false portrait of the Jewish state from which she hails. On the contrary, her privilege seems to give her license to encourage and feed off of others’ distorted depiction of Israel.

A glance at three of the lecturers invited by the School for Unlearning Zionism to spew their anti-Israel vitriol suffices to grasp the horrifying nature of the endeavor. Take Ilan Pappé, for example: The ex-pat Israeli professor at the University of Exeter in Britain gave a Zoom talk on Oct. 8 titled “Zionism as Settler Colonialism.”

Then there’s Ran Greenstein, associate professor at the University of the Witwatersrand in South Africa. The author of Zionism and Its Discontents: A Century of Radical Dissent in Israel/Palestine spoke on Oct. 14 about “Challenging Zionism—Alternative paths in Israel/Palestine.”

And Shir Hever, an economic researcher in the Palestinian-Israeli Alternative Information Center—author of Political Economy of Israel’s Occupation: Repression Beyond Exploitation—delivered a smooth diatribe on Oct. 15 called “Marxist and revolutionary perspectives of the economy of the occupation—and their limits.”

To refer to these almost satirical figures as “self-hating Jews” would be inaccurate. It’s Israel that they hate, not themselves or likeminded far-left members of their tribe. Ditto for “artists” like Yinhar and her disingenuous ilk.

The true picture that she and the gatekeepers of German culture bemoaning the Bundestag’s anti-BDS resolution would prefer to camouflage is one that involves money. Indeed, it’s not their freedom of expression that’s in jeopardy, but rather, their funding.

When KHB, the taxpayer-funded art institute where Yinhar is studying, got wind of the content of the School for Unlearning Zionism’s lecture series, it promptly withdrew its euros. Last year, the Bundestag applied the same anti-Semitism standard to the dozens of “cultural and research institutions … that share a mandate from the state to promote arts and culture, historical research and democratic education.”

Given the recent outcry from those institutions, it’s clear that German lawmakers have been following through on their resolution, at least enough to keep the country’s chattering-class programs cash-strapped. And rightly so.