“We Will Slaughter Armenians When the Time Comes,” Turk Vows

Home » “We Will Slaughter Armenians When the Time Comes,” Turk Vows 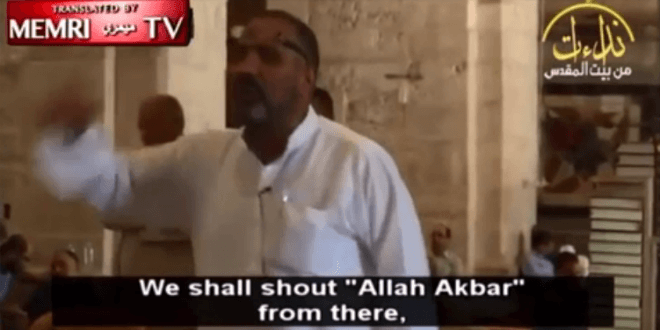 Although the recent conflict between Armenia and Azerbaijan has been presented as a “territorial dispute,” something else—namely religious animosity, or that old Islamic hate for infidels—has permeated it.

For example, several reports and testimonials, including by an independent French journalist, confirmed that Turkey was funneling jihadi/terrorist groups that had been operating in Syria and Libya—including the pro-Muslim Brotherhood Hamza Division, which kept naked, sex slave women in prison—to terrorize the Armenians.

Similarly, Armenian churches that have come under Azerbaijani control have been desecrated—despite promises from the authorities to protect them.  In one instance, a soldier—unclear whether an Azeri or a jihadi mercenary from Syria or Iraq—was videotaped standing atop a church chapel, where the cross had been broken off, and triumphantly shouting “Allahu Akbar!”   Azerbaijani forces also shelled and destroyed Holy Savior, an iconic Armenian cathedral which was “consecrated in 1888 but was damaged during the March 1920 massacre of Armenians of the city by Azerbaijanis and experienced a decades-long decline.”

Anti-infidel rhetoric and logic also motivated the mercenaries.  A captured terrorist confessed that he was “promised a monthly 2000 dollar payment for fighting against ‘kafirs’ in Artsakh, and an extra 100 dollar for each beheaded “kafir.”  (Kafir, often translated as “infidel,” is Arabic for non-Muslims who fail to submit to Islamic authority, which by default makes them enemies worthy of death or slavery.)

Indeed, one need only listen to a Turkish man rant in a video about how Armenians are all “dogs” and that any found in Turkey should be slaughtered for an idea of the Islamic impetus fueling the  hate:

What is an Armenian doing in my country? Either the state expels them or we kill them.  Why do we let them live?… We will slaughter them when the time comes…. This is Turkish soil.  How are we Ottoman grandchildren?….  The people of Turkey who have honor, dignity, and Allah must cut the heads of the Armenians in Turkey.  It is dishonorable for anyone to meet and not kill an Armenian… If we are human, let us do this—let us do it for Allah…. Everyone listening, if you love Allah, please spread this video of me to everyone…

Little wonder that, while discussing why Turkey was so heavily involved in a conflict that did not involve it, Nikol Pashinyan, Armenia’s prime minister, recently said Turkey had returned “to continue the Armenian Genocide.”

If Turks, who are not affected by the Armenian/Azerbaijani conflict, feel this way, it should be unsurprising that any number of Azeris do too.  Thus, for Nurlan Ibrahimov, head of the press service of Qarabag football club of Azerbaijan, “We [Azerbaijanis] must kill all Armenians—children, women, the elderly. [We] need to kill [them] without [making a] distinction. No regrets, no compassion.”

To the unsuspecting observer, so much hate may seem reflective of “grievances”; in other words, if so many Muslims are full of murderous hate for Armenia, surely that suggests the latter somehow provoked it?  History quickly disabuses this notion.  Even when Turks and other Muslims had zero grievances against Armenians—except for their being Christian “infidels”—the same extreme hate and contempt was always present.

A thousand years ago, Muslim Turkic hordes, riding from the east, first invaded Armenian lands and exterminated Armenians.  While the historical sources, particularly Matthew of Edessa’s (d.1144) valuable chronicle, tell of hundreds of thousands of Armenians being slaughtered or hauled off into slavery, the most savage treatment was always reserved for those visibly proclaiming their Christianity.  Thus, in 1065, after the conquest of Armenia’s capital, Ani, clergy and monks were rounded up and “burned to death, while others were flayed alive from head to toe.”

Every monastery and church—before this, Ani was known as “the City of 1001 Churches”—was pillaged, desecrated, and set aflame.  A zealous jihadi even climbed atop the city’s main cathedral “and pulled down the very heavy cross which was on the dome, throwing it to the ground,” before entering and defiling the church. Made of pure silver and the “size of a man,” the broken crucifix was sent as a trophy to adorn a mosque in Azerbaijan.

During another Turkic raid (on Arzden), countless thousands of Armenians were butchered.  Once again and underscoring the hate for those most representative of the Christian faith, the invaders “burned priests whom they seized in the churches and massacred those whom they found outside. They put great chunks of pork in the hands of the dead to insult us”—Muslims deem the pig unclean—“and made them objects of mockery to all who saw them.”  Then they torched Arzden—which then had 800 churches, most of which were full of Armenians seeking sanctuary from the sword of Islam.

Nor was there much doubt concerning what fueled the Turks’ animus: “This nation of infidels comes against us because of our Christian faith and they are intent on destroying the ordinances of the worshippers of the cross and on exterminating the Christian faithful,” one David, head of an Armenian region, explained to his countrymen during another raid from a millennium ago. Therefore, “it is fitting and right for all the faithful to go forth with their swords and to die for the Christian faith.” Many were of the same mind; records tell of monks and priests, fathers, wives, and children, all shabbily armed but zealous to protect their way of life, coming out to face the invaders—to little avail.

Considering that nothing more than religious contempt for Christian “infidels” was needed to prompt Turks and other Muslims to invade and sadistically savage the Armenians over the course of many centuries—and considering that many Turks and other Muslims are currently exhibiting the same jihadi hate and rhetoric—is there any question as to what the true, root cause behind the recent flare out between Armenia and Azerbaijan might be?  Moreover, if the hate is existential—and it is and always has been—how, exactly, can appeasement (which tends only to embolden the hate and contempt) ever work?