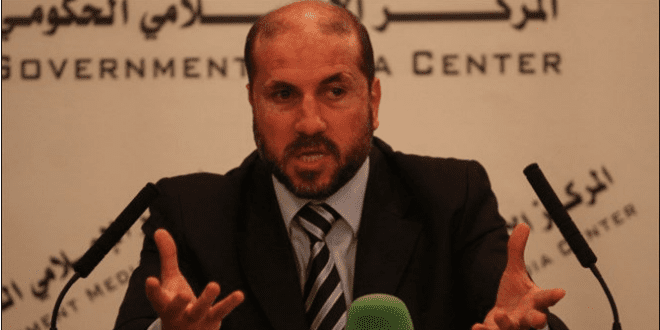 During a TV program on Islam, Abbas’ advisor on religious affairs and the PA’s Supreme Shari’ah Judge Mahmoud Al-Habbash taught viewers that Palestinian arch-terrorists, who have orchestrated attacks in which hundreds of Israeli civilians have been murdered, are “dear” and “great Martyrs”:

In addition to Yasser Arafat – who initiated and oversaw the PA terror wave from 2000-2005 (the second Intifada) in which over one thousand Israelis were murdered – Al-Habbash singled out Hamas founder and former leader Ahmed Yassin, responsible for the murder of hundreds of civilians in suicide bombings; Abu Jihad who masterminded numerous attacks in which at least 125 were murdered; and also Abu Iyad, head of the Black September terror organization, which, among other attacks, was responsible for the massacre of Israeli athletes at the Munich Olympics in 1972.

That Al-Habbash reveres murderers of Israelis is no surprise. Palestinian Media Watch has exposed numerous statements by Al-Habbash that show he believes and teaches that the conflict between the Palestinians and Israel is a war between “good and evil, between two projects: Allah’s project vs. Satan’s project“; that the Quran commands fighting and permits killing Israelis; and that Islam’s religious war to destroy Israel – “the culture of Satan” – has started. When the UAE, Bahrain, and Sudan recently made peace agreements with Israel, Al-Habbash labelled them “enemies of the Islamic society.”

Abbas’ advisor added another role model to his list when he posted an image of Sheikh Izz A-Din Al-Qassam, the leader of a Muslim terror group during the British Mandate in the 1930s. Al-Habbash added that he was the first to promote holy war in the name of Islam: “The first who waved among us the flag of Jihad for the sake of the religion”:

Text on image: “The greatly virtuous religious legal scholar Martyr
He was the most reliable in religious guidance
He is our Sheikh [Izz A-Din] Al-Qassam
The first who waved among us the flag of Jihad for the sake of the religion
Izz A-Din Al-Qassam
Date of [his] death as a Martyr: Nov. 19, 1935”

The following are additional details of the terrorists glorified by Abbas’ advisor: