Covid Lockdowns Cause Surge in Domestic Violence in Israeli Homes

Yitzchak then brought her into the tent of his mother Sara, and he took Rivka as his wife. Yitzchak loved her, and thus found comfort after his mother’s death. 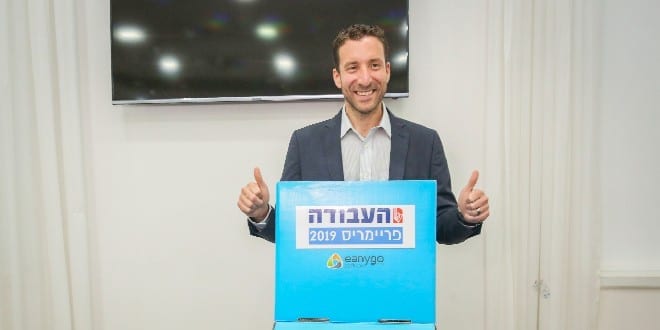 The Gemara – the collection of writings that covers the full gamut of Jewish law and tradition – declares that a man must honor his wife more than himself and love her like himself, treating her with the greatest respect. The Koran – the central religious text of Islam – states that one’s wives “are as a garment to you, and you are as a garment to them” and that “men are the protectors and maintainers of women.”

Sadly, in real life, respecting and shielding one’s wife is not always the rule. Many women in countries around the world – including Israel – suffer physical, verbal, emotional and financial violence at the hands of their husbands, even if they are not economically dependent on them.

Unfortunately, the COVID-19 pandemic that began nearly a year ago and triggered intense emotional, medical and monetary pressures on families, has caused such violence to escalate dangerously and painfully.

When the pandemic first began, “we immediately knew that there would be a surge in violence,” said Hagay Mouyal, a veteran social worker and national supervisor for treatment of domestic violence at Israel’s Ministry of Labor, Welfare and Social Services in Jerusalem, in an interview with Israel365.

“We had observed this phenomenon during frequent terror and missile attacks on Israel, so during the lockdowns when Israeli families were isolated in their homes, lost their jobs or were put on unpaid leave, had great difficulty paying their bills and even suffered from food insecurity – with their children prevented from going to childcare and school – we knew there would be trouble and that the demands of our services would be much heavier. We worried that the home could become a pressure cooker during such a trying and extended period.”

November is the International Awareness Month for Combating Domestic Violence, and the 25th of the month is set aside specifically as the International Day for fighting the phenomenon. In keeping with this tradition, the ministry issues data on the extent of the domestic violence and its efforts to cope with it.

The ministry has for several years run a phone hotline (118) that receives calls for victims of domestic violence. From January through October of this year, it received 7,200 complaints about violence – triple the figure of such calls during the same period in 2019. As soon as a call is received at the hotline, it is transferred to any of 450 specially trained social workers at 111 domestic violence units around the country for an initial risk assessment.

In addition, 2,885 new cases have been opened in the social services departments of the local authorities – an increase of 22% from the corresponding period during the previous year. If the husband is willing to undergo treatment, the units offer such help as well. In an emergency, the police are called through the 100 hotline.

During the Corona crisis, the ministry has offered men involved in divorced proceedings a free stay in hotels in exchange for them agreeing to enter a treatment procedure. The need was born as a result of the lack of a housing solution for some of the men as a result of the rules of physical distancing due to COVID-19 exposure or sickness.

The senior ministry official concedes that the cases on file are “just the tip of the iceberg,” as many women fear filing a complaint or feel helpless to climb out of their desperate situation. He estimated that some 200,000 Israeli women suffer from domestic violence.

If needed, the victim is transferred to one of the 15 shelters for female victims of violence (and their children), including two specially designed for ultra-Orthodox (haredi) women who have special needs and two more for Arab women (who are also cared for in the 11 regular shelters). The shelters have an average annual stay of about 650 women and about 1,200 children. The data show that about 80% of the women arrive at the shelter following an extreme and unusual incident of violence, with 76% of the offending cases being the husband.

Due to the surge in the number of complaints of domestic violence since the pandemic began, the ministry decided to open 60 new care units to handle domestic violence. It also launched a “silent-call center” in which women could seek help via a WhatsApp or SMS message if they feared their husbands would overhear their complaint. About five percent of referrals were received via text message on the silent line.

Under the direction of Welfare Minister Itzik Shmuli, an additional 60 new units for the treatment of domestic violence are currently being established in the local authorities, plus new shelters for victims, and four interdisciplinary primary-care centers. “We will not accept a situation in which seclusion in homes becomes a trap of terror against women and children,” he said.

A new digital self-diagnosis questionnaire in Hebrew, Arabic, Russian and Amharic (the language of native Ethiopian Jews) will help women and their environment assess the risk situation they are in. “The ministry has developed many services, but a social response alone is not enough; punishment must be tightened, and men must be treated. This is the main change required now,” declared Shmuli.

The ministry’s web site (unfortunately in Hebrew only) places Domestic Violence as the first topic to be read. Inside the section is a digital questionnaire to assess risk of domestic violence, intended for women as well as their immediate relatives and friends who wish to anonymously check whether the situation in which the women find themselves is a violent situation that switches on warning lights, and to offer them a variety of actions that can be taken to protect themselves.

For example, the questionnaire asks: Are you afraid of outbursts of rage on his part? Do you feel that you need to hide from your loved ones the situation between you and your spouse? Do his moods change for no reason? Are you afraid to tell him you want to break up? Does he threaten suicide if you divorce him? Does he humiliate you in front of others? Does he belittle your mind and make you doubt yourself? Does he blame you for everything, even things unrelated to you? Does he criticize everything you do? Does he envy you and infringe on your privacy? Does he check your messages on your cellphone or e-mail without your permission? Does he prevent you from accessing money and controlling your expenses? Does he present a completely different personality to others? “If you answered ‘yes’ to a number of questions, there is a reasonable chance that you are suffering from violence from your partner,” states the questionnaire.

In light of the horrific murders of women by their spouses, In recent months, the government has approved a resolution submitted by Minister Shmuli to establish an inter-ministerial committee for examining the possibility of forcing violent men to undergo a risk assessment and receive treatment at every stage of the criminal process. The government has approved the establishment of such a committee, which will include professionals from the Justice and Finance Ministries.

The ministry also assists women when they leave the shelter through a dedicated “New Page” program designed to help women rebuild their lives through financial hep, employment guidance, social assistance and more. Recently, the minister ordered that help for women on the road to independence be bolstered.

Iris Florentin, the ministry’s deputy-director of social services, added: “The Corona crisis has sharpened the need for digital responses and reaching out to women who are afraid to complain and ask for help. Treating violent men is a top priority, with the understanding that treating the root of the problem and the violent factor can stop the cycle of violence.”

Ayala Meir, a social worker who heads the ministry’s family-and-child-in-the-community department, commented: “As we access services and develop innovative solutions, we have vital cooperation with other services and ministries. As a result, we see an increase in requests for assistance. Domestic violence is one of the most serious social phenomena, and it involves great difficulty in seeking help, filing complaints, reporting, secrecy and shame – and sometimes even a lack of women’s awareness of the severity of their problem.”

Mouyal concludes that despite the current bleak situation created by the pandemic, he is “optimistic” that the situation will improve with the arrival of vaccines and the gradual economic recovery. “We are witness to successes in our work, and we are constantly developing more projects. The world regards us as a country that makes significant efforts to fight violence in the family.”

As Chanukah approaches, Meir Panim brings light to its patrons and communities