They offer healing offhand For the wounds of My poor people, Saying, “All is well, all is well,” When nothing is well. ﻿יא וַיְרַפּוּ אֶת־שֶׁבֶר בַּת־עַמִּי עַל־נְקַלָּה לֵאמֹר שָׁלוֹם שָׁלוֹם וְאֵין שָׁלוֹם׃ 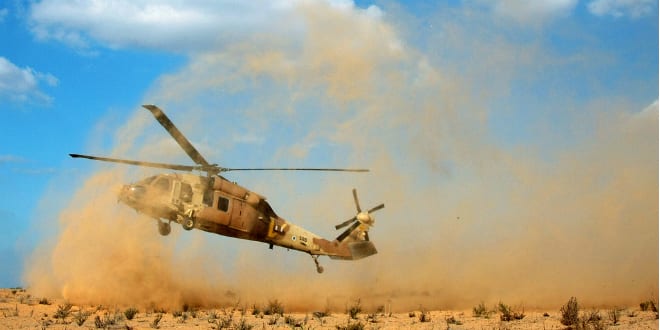 Eight members of a peacekeeping force in Egypt, including five U.S. National Guard members, were killed when a U.S. Army Black Hawk helicopter crashed in the southern Sinai Peninsula, announced the coalition force on Thursday.

The others killed were a Czech and a French team member. The crash occurred near the island of Tiran, according to an Israeli official. One American survived the crash and was evacuated by the Israel Defense Forces to an Israeli hospital for medical treatment, said the IDF in a statement.

The peacekeepers were from the Multinational Force and Observers, which supervises the implementation of the security provisions of the 1979 Egyptian-Israeli Peace Treaty.

In a statement, the MFO said: “At this point, there is no information to indicate the crash was anything except an accident.”

In a statement, Acting U.S. Secretary of Defense Chris Miller expressed his condolences, noting the crash came one day after Veterans Day.

“Yesterday, we recognized the sacrifice of millions of American veterans who have defended our nation for generations, and today, we are tragically reminded of the last full measure our uniformed warriors may pay for their service,” said Miller. “I extend the Department’s condolences to the families, friends and teammates of these service members.”

“I send my sincere condolences to the families of those killed and wish a speedy recovery to the wounded,” said Israeli Foreign Minister Gabi Ashkenazi in a statement posted on Twitter. “The contribution of the Multinational Force and Observers to maintaining security and stability in the region is extremely important, and I would like to express my gratitude to the countries that are contributing to the security and peace between Israel and Egypt.”