Israel, the Sunnis and the Return of a Pro-Iran White House

Home » Israel, the Sunnis and the Return of a Pro-Iran White House 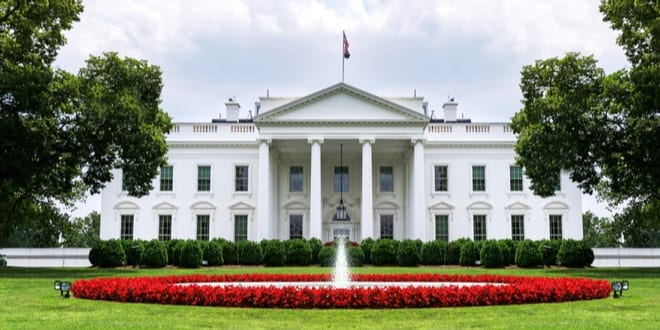 And now, the likeliest outcome of last week’s presidential election is that Obama’s vice president, Joe Biden, will be inaugurated on Jan. 20 and Trump will depart the White House.

Trump is rightly exercising his right to cause a vote recount in Wisconsin and Georgia and suing to fight alleged voter fraud in Michigan and Pennsylvania. But to win the race at this point, Trump will need to win in Arizona and Georgia and either reverse the vote count in Wisconsin or Michigan or win the election in Pennsylvania. Trump owes it to his 71 million voters to ensure that the election results reflect the will of the voters, and so, he will exhaust all legal avenues. But the probability his efforts will win him the election is low.

The Israeli media grotesquely cheers the apparent defeat of Israel’s best friend ever in the Oval Office and his replacement by the vice president of the most hostile U.S. leader in history. While doing so the commentators soothingly insist Biden is a great friend to Israel.

While comforting, this claim is untrue, particularly in relation to Iran.

Biden is not known for his strong principles. Long a weathervane for popular opinion, Biden has changed his positions on everything from the politics of race to international trade to criminal justice to social security and Medicare. But while he has been quick to align his position on nearly all issues with the prevailing political winds, Biden has maintained allegiance to one, deeply controversial position throughout the years. That position is sympathy and support for the theocratic regime in Iran.

In the aftermath of the Sept. 11, 2001 attacks, Biden advocated giving $200 million to Iran to show America’s good intentions to the Islamic world. During the Iraq War, Biden was one of the most powerful voices calling for the United States to cut a deal with Iran which would essentially transform post-Saddam Iraq into an Iranian satrapy.

Biden was one of the chief advocates of nuclear appeasement towards Iran, both in the years preceding his ascendance to the vice presidency under Obama and throughout Obama’s nuclear talks with Iran. Those talks, of course, led to the conclusion of the 2015 Iran nuclear deal that gave Iran an open path to a nuclear arsenal within a decade.

Since announcing his run for office, Biden—who was viciously critical of Trump’s decision to abandon the nuclear deal—has pledged repeatedly that he will reinstate the United States’ commitment to the deal if elected, ensuring Iran acquires a nuclear arsenal.

In response to this anticipated policy change in Washington, Israel and its allies in the Persian Gulf have a keen interest in taking action during the next two months to minimize Iran’s prospects for achieving military nuclear capability.

Those allies, in particular Saudi Arabia, are undoubtedly concerned at the prospect of a Biden administration. And their concern is well-placed.

In her words, “Instead of standing by as the government of Saudi Arabia pursues disastrous, dangerous policies, including the ongoing war in Yemen, we will reassess the U.S. relationship with Saudi Arabia and end support for the Saudi-led war in Yemen.”

In other words, the United States will support Iran’s Houthi proxy in its war against Saudi Arabia.

There is an upside for Israel in Biden’s anticipated turn towards Iran. Saudi Arabia, which was diffident about joining the United Arab Emirates, Bahrain and Sudan in normalizing its ties with Israel, may choose to do so in the coming weeks. Such a move, which would vastly widen the Arab-Israel peace forged by President Trump through the Abraham Accords, would present the Biden administration with a major alliance opposed to a nuclear-armed Iran.

In the same interview, Harris pledged to work against Israeli communities in Judea and Samaria and block all Israeli moves to implement its sovereignty there in accordance with the Trump peace plan, while reopening the U.S. consulate in Jerusalem that specifically served the Palestinians independent of the U.S. Embassy to Israel. U.S. aid to the PLO-run Palestinian Authority in Judea and Samaria and to Hamas-run Gaza will also be forthcoming, she promised.

In anticipation of these hostile moves, over the next two months, Israel should take concerted and meaningful action to dismantle illegal, strategically located Palestinian settlements in Area C.

If the Republicans are able to maintain their control over the Senate, and with a diminished Democrat majority in the House of Representatives, Biden will have difficulty passing the progressive domestic policy agenda he ran on. With the Israel-Sunni alliance system that Trump has strengthened and expanded, he will also face obstacles on his way to reinstating Obama’s Middle East policies.