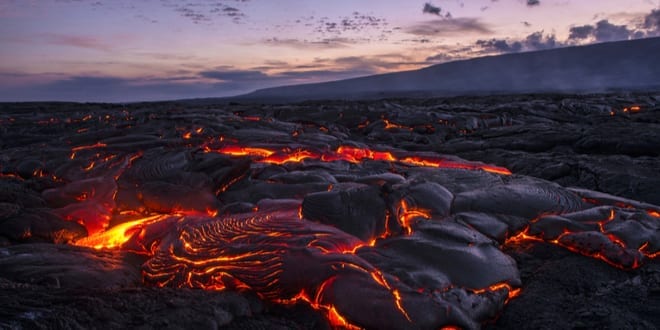 Sixty years ago, scientists discovered that the earth is pulsing but they still don’t know what causes the micro-seismic events. When presented with the mystery, rabbis all recognized that the 26-second phenomenon is the earth dancing out praise for its creator.

Scientists are revisiting a mystery that was first discovered in 1962 by a researcher named Jack Oliver, then at the Lamont-Doherty Geological Observatory. In a research paper first published in GeoScience World, Oliver reported his observations of what he called ‘microseisms’;  faint earth tremors caused by natural phenomena. The microseisms lasted for about 26-27 seconds and a duration of about 8 hours. They were detected by seismographs around the world and seemed to originate in the southern or equatorial Atlantic Ocean and that it was stronger in the Northern Hemisphere’s summer months. Oliver was puzzled and unable to determine the cause of the microseisms, suggesting that they were generated by dispersed ocean waves striking the coast of the Gulf of Guinea. A second hypothesis suggested that microseisms were a form of harmonic tremor associated with magmatic activity beneath the South Atlantic Ocean.

The mystery remained and scientists ignored the microseisms until 1980, when Gary Holcomb, a geologist with the U.S. Geological Survey, discovered they are strongest during storms. It was studied once again in 2006 in Geophysical Research Letters but the cause was still unknown. Some scientists conjecture that subtle seismic activity is constantly present as a result of the sun’s warming effect on the planet.

In 2013,  graduate student Garrett Euler narrowed down the source of the pulse even more, to a part of the Gulf of Guinea called the Bight of Bonny, leading him to conjecture the source was indeed the result of ocean waves hitting the coastline.

But in the same year, a team led by Yingjie Xia from the Institute of Geodesy and Geophysics in Wuhan, China suggested that the source of the pulses was a volcano on the island of São Tomé in the Bight of Bonny.

Both theories leave as many questions as answers. There is no dearth of volcanoes or beaches in the world so why are the microseisms limited to that one site? Why the intervals? Why 26 seconds?

In the glacier-paced world of geology, these are not urgent questions. “There are certain things that we concentrate on in seismology,” Doug Wiens from Washington University in St. Louis told Discover Magazine. “We want to determine the structure beneath the continents, things like that. This is just a little bit outside what we would typically study … [since] it doesn’t have anything to do with understanding the deep structure of the Earth.”

“We’re still waiting for the fundamental explanation of the cause of this phenomenon,” Mike Ritzwoller, a seismologist at the University of Colorado, Boulder, added. “I think the point [of all this] is there are very interesting, fundamental phenomena in the earth that are known to exist out there and remain secret.”

Despite scientists being perplexed by the phenomenon, Bible scholars hold the answer to at least one of the questions. The 26-second duration of the microseismic pulse is explained by the gematria (Hebrew numerology) of God’s name. י-ה-ו-ה, spelled out by the Hebrew letters yod heh vav heh equals 26.

Rabbi Lazer Brody, an American-born Hasidic rabbi and teacher with a blog called Lazer Beams, saw the scientific discovery as just another source of emuna (belief).

“There are so many secrets, places where we can discover HaShem (God, literally the name),” Rabbi Brody said. “I focus on simple faith and science is just a different part of that. The more you get Emunah, the more you will see these things that confirm Hashem’s presence in the world.”

Nature’s Conversation With the Creator

Rabbi Shlomo Katz,  spiritual leader of Congregation Shirat David in Efrat and a student of Rabbi Shlomo Carlebach, was deeply inspired by the scientific discovery.

“It is very consoling, Rabbi Katz said. “In these last stages before the geula (final redemption), it is clearly important to be in tune, even literally, with the planet. Being religious, being close to HaShem, is much more than just what goes on in church or synagogue, or what you read in a book. We need to be sensitive to the quest, to nature, to see how the entire world fits into God’s plan. Science and nature have to be part of our conversation with God.”

“God could have made the world in an infinite number of ways but here we see that every detail is for His glory,” Rabbi Katz said.

Mountains Dancing for the Creator

Rabbi Shaul Judelman, former director of the Ecology Beit Midrash, a religious study group focused on the environment as it is treated in classical Jewish sources, cited a Biblical source for what he called, ‘the earth dancing for Hashem.”

“The sages were careful observers of nature and that was where they discovered God,” Rabbi Judelman said. “They were very much in the world. Back then, that was science; observing nature and trying to understand it. There was no conflict between faith and science. Absolutely the opposite. They complemented each other. Delving into the world, nature and how it works, revealing more of God.”

“But we have fallen into a space where we think we have to destroy science to protect faith or destroy faith to advance science. That isn’t so and in fact, we need both sides in order to grow and move towards geula.”