The Incendiaries: How Pakistan and Turkey Fan the Flames of Islamic Anger

Home » The Incendiaries: How Pakistan and Turkey Fan the Flames of Islamic Anger 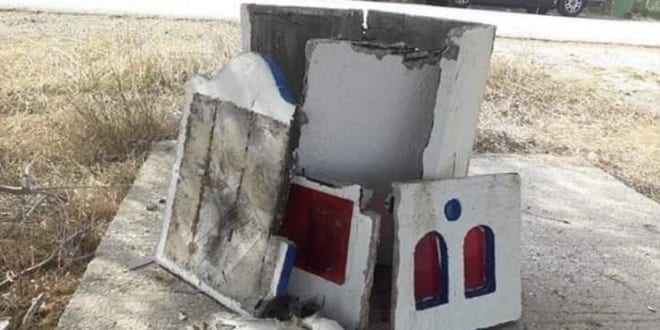 French President Emmanuel Macron‘s condemnations of political Islam following the decapitation of teacher Samuel Paty on October 16 have led to furious demonstrations in parts of the Islamic world. A number of violent incidents of Islamist terrorism have followed, including the murder of three people in a church in Nice, by a recent Tunisian immigrant to France. It seems likely, though it cannot yet be confirmed, that the terrorist attack in Vienna on November 2, in which four people died, was also related to the mood of fury among sections of European and global Islamic opinion related to the depiction of images of Muhammad, the prophet of Islam.

Outbursts of murderous fury of this kind, often not directed or organized by Islamist terrorist networks, form a tragic by-product of the arrival in recent years to the European heartland of significant numbers of people with Islamist sympathies. This outlook brings with it a desire to ensure – by whatever means deemed necessary – an elevated level of respect for Muslim religious sensitivities, over and above those of any other religion or creed. This latter situation is a state of affairs that exists in most Islamic countries. Some European commentators have concluded that such acts are intended to bring about the enforcement of Islamic blasphemy laws in non-Islamic countries.

So far, so familiar. But the current moment differs from previous episodes of Islamist political violence in Western countries in two significant ways.

First, these latest attacks come at a time when the actual organized networks of Salafi jihadi terrorists are weaker than at any time over the last two decades. The al-Qaeda network is aging, and closely observed by Western security services. The Islamic State, meanwhile, has yet to recover from the loss of its last territorial holdings in Iraq and Syria in March 2019, and the killing of its leader, Abu Bakr al-Baghdadi, by the US in October 2019.

The murders of Paty and the three other French citizens in Nice were not, it appears, the result of a direct decision by an Islamist terrorist network. It is too soon to draw any conclusions on this subject regarding the Vienna attack. ISIS has now claimed responsibility for this. But it is possible that ISIS sympathizers chose to act with no specific order from a chain of command.

Second, and most significantly, the atmosphere of fury and desire for retribution are no longer being stirred up only by Islamist preachers and jihadi organizations. Rather, the incitement, the steady drum beat of accusations and threats are coming now from the leaders and official mouthpieces of a number of Muslim states. This is a new situation. It is one of profound importance. The states in question are, most importantly, Turkey, and also Pakistan.

The Turkish and Pakistani efforts in this regard appear designed to generate among Muslim populations in Western countries a sort of “soft power” for the governments of Recep Tayyip Erdogan and Imran Khan. They thus include within them a dismissal of the notion of legitimate sovereignty, according to which the internal affairs of other states are those states’ business alone.

Erdogan, following Macron’s comments, declared that the French president needed “mental treatment,” urged the boycott of French goods, and asserted that Muslims in Europe faced a “lynch campaign similar to that against Jews before World War 2.” France subsequently recalled its ambassador from Ankara.

The Turkish president has form in this regard. In 2017, following a ban by Germany on Turkish officials campaigning in Germany in favor of support for Erdogan in a referendum to increase his powers, the Turkish president warned, “If you go on behaving like that, tomorrow nowhere in the world, none of the Europeans, Westerners, will be able to walk in the streets in peace, safely.’

He also threatened at that time to send a new wave of migrants from Turkish shores across the Mediterranean to Europe.

In recent days, the Turkish president added to his exhortations against the French government, saying, “If there is persecution in France, let’s protect Muslims together.” He claimed in a speech to the AKP parliamentary group last week that “disrespect for the prophet is spreading like cancer, especially among leaders in Europe.”

Pakistani Prime Minister Imran Khan, meanwhile, said that the French president had “attacked Islam,” and accused Macron of “deliberately provoking Muslims.” He summoned the French ambassador to Islamabad for a reprimand.

A statement from the Pakistani Foreign Office followed, asserting, “Pakistan condemns systematic Islamophobic campaign under the garb of freedom of expression.”

These statements were made against the background of furious demonstrations in Turkey, Pakistan and further afield – including in the Gaza Strip and Iraq.

The efforts by powerful leaders of Muslim countries to inflame the sentiments of Muslims in Europe and beyond are a relatively new phenomenon. At the height of al-Qaeda’s insurgency a decade or so ago, political Islam was a powerful but oppositional presence in majority Muslim countries (with the exception of Iran, whose Shia identity makes it less relevant in this regard).

Today, it is Erdogan, above all, with Khan as his understudy, who is leading the way with the incitement.

It should go without saying that Erdogan and Khan’s calls for religious tolerance have no reflection in their own policies at home. Erdogan recently converted the ancient Hagia Sophia Church into a mosque and is set to do the same with the Church of St. Savior in Chora, Istanbul. Khan rules over a country where Ahmadi and Shia Muslims and Christians are regularly convicted on blasphemy charges, and where Hindus have been forcibly converted to Islam.

This, however, is precisely the point. These leaders, as is crystal clear to their supporters, are asserting a notion of elevated honor to be afforded the symbols of Islam, not arguing for parity.

When the atmosphere of incitement erupts into violence, as it inevitably must, Erdogan and Co. will be on hand to express regret. Erdogan, after all, only supplied the matches and the kindling. Someone else entirely lit the fire.

This approach makes policy sense for the Turkish leader and his allies. Through it, Ankara seeks to acquire a ready-made instrument to impose pressure on Western countries. France is an emergent strategic rival to Turkey, above all in the Eastern Mediterranean. Having an ability to foment public disorder within it is a useful weapon.

The Syrian Salafi strategist Abu Musab Al Suri famously came up with the idea of an “individualized” jihad, in which organizations would issue only general directives, leaving individual jihadis to take violent action at their own initiative. This formed the backdrop to the so-called “Stabbing Intifada” in Israel in 2015. It is strange to see that another version of it appears to now be an element of the policy of a powerful, still officially Western-aligned state.