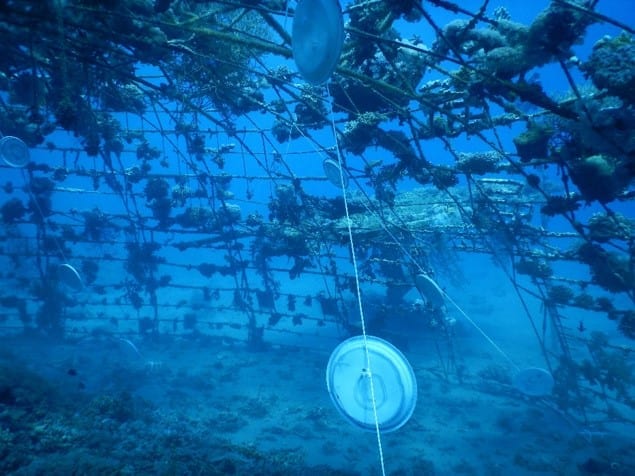 There is great concern around the world to the danger to the environment (and to human health) of plastics in the sea. Many creates from large marine mammals down to coral, small fish and microscopic algae are killed by the growing amount of contaminating petroleum-based plastic that don’t decompose in years or decades. Marine animals ingest plastic microparticles containing toxic additives that are integral to these harmful microparticles.

350 million tons of plastics produced around the world every year

Stores are filled with common, one-use plastic plates, bottles and cutlery made from petrol and “bioplastics” that are made from renewable, biomass sources, such as vegetable fats and oils, corn starch, straw, woodchips, sawdust and recycled food waste. Bioplastics are sold at much higher prices and have been considered safer to the environment, thus meeting official government standards.

According to various assessments, around 350 million tons of plastic goods are produced around the world every single year, half of which is disposable dishes and utensils and used for convenience to avoid dishwashing of ceramic, glass or other plates. A significant proportion ends up all around us as well as in the water.

But now a worrisome new study from Tel Aviv University (TAU) that compares regular disposable plastic utensils with bioplastic counterparts has found that there is no significant difference between the harm to marine animals caused by regular plastics and that caused by bio-plastics complying with existing standards.

The work was led by research student Guillermo Anderson and Prof. Noa Shenkar of TAU’s School of Zoology at the George Wise Faculty of Life Sciences and the Steinhardt Museum of Natural History, Israel National Center for Biodiversity Studies. It was published in the journal Environmental Pollution under the title “Potential effects of biodegradable single-use items in the sea: polylactic acid (PLA) and solitary ascidians.”

“People buy expensive disposable dishes and utensils with the special bioplastic standard seal of compliance on the assumption that they are being environmentally responsible, but our study proves that while this may be good for their conscience, it can still damage the environment.”

At least in the short term, both types of plastic have a similar detrimental effect. “Bioplastics are made of natural materials and, in that sense, they are more beneficial environmentally speaking, but they may also contain toxins just like regular plastic dishes and they do not biodegrade quickly in the aquatic habitat,” added Shenkar.

“In fact, the standard appearing on the label is dated; it doesn’t refer at all to different kinds of plastic additives and speaks of biodegrading within 180 days, but that is specifically under conditions available only in industrial composting settings. These conditions are rarely found in nature, certainly not in the marine environment, and not in the landfills in which our waste is generally buried,” said Shenkar.

“In recent decades, substances called ‘bioplastics’ came on the market. Bioplastics are made of natural, renewable materials, and biodegrade relatively fast under certain conditions” explained Anderson.

“Disposable dishes and utensils made of bioplastics were granted various international standard seals, such as the EN from the European Union and the ASTM, and are marketed to consumers as environmentally friendly. We wanted to test the supposedly environmentally friendly disposable dishes to see if they do, in fact, meet expectations,” he went on.

The first stage of the study compared disposable cups made of regular plastic (polyethylene terephthalate also known as PET) with bioplastic cups made of polylactic acid (PLA) that meet the European standard. The testing, done at the hydro-chemical lab at the university and led by Prof. Dror Avisar, showed that both plastics contain chemical additives, some of which are known to be toxic to both animal and human cells. Then, the scientists ground both types of disposable cups into microparticles and examined their effect on ascidians, a type of a marine invertebrate also known as sea squirt, that feeds by filtering seawater through its body.

Bioplastic does not biodegrade

“Our experiment demonstrated that the presence of microparticles of both types of plastics causes similar damage to the ascidia’s reproductive system, compared to a control group that was not exposed at all to microparticles from the cups,” said Anderson. “The damage worsened as the microparticle concentration increased, but no significant difference was observed between the accumulation of regular plastic versus the accumulation of bioplastic.”

In the second part of the study, the scientists examined the extent, if any, to which these marine invertebrates were capable of digesting particles of the regular plastics and bioplastics they ingest as if they were food. The examination revealed similar amounts of plastics and bioplastics in the tissue of the ascidia. In other words, just like regular plastic, bioplastic does not biodegrade and is not digested in the ascidia’s body.

“The explanation for our findings may lie in the dated standards that categorize bioplastics as environmentally friendly. These standards define bioplastics as materials that biodegrade within 180 days in composting facilities, where the temperature is kept at 50-degree Celsius and the levels of moisture and oxidization are closely monitored and specifically adjusted. These conditions are generally not found in nature, especially not in the marine environment – which is cold, salty and may be poorly oxygenated. Furthermore, these standards say nothing about the toxic additives that might be present in bioplastics,” they wrote. Our study demonstrates the urgent need to update standards for ‘environmentally friendly’ disposable utensils and for clearer consumer explanations. But, until that happens, this is an important consideration when spending good money on disposable dishes with bioplastics seals. While you may be calming your conscience, you’re still liable to be polluting the environment. Multi-use dishes are always the safest choice!”