Why Israel Chose to Aid an Ailing Enemy

Home » Why Israel Chose to Aid an Ailing Enemy 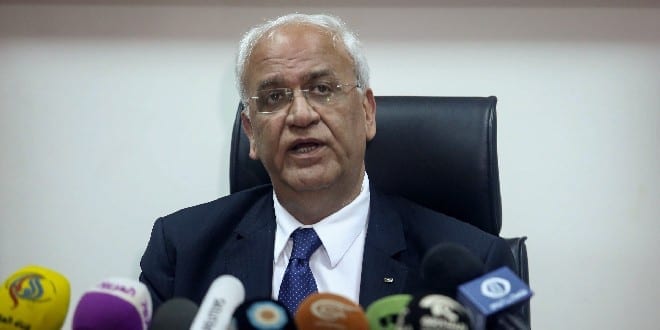 It’s the kind of story that drives a lot of friends of Israel nuts. One of its chief opponents, Palestinian Liberation Organization senior leader Saeb Erekat recently fell ill with COVID-19. Faced with the decision as to where to be treated, it was only natural that instead of going to a Palestinian hospital or even one in neighboring Jordan, he chose to go to Hadassah Medical Center in Jerusalem.

This is, after all, the same person who spent his career lying about Israel, and smearing it as a nation of oppressors and war criminals. He’s part of a government that spends far more on paying salaries and pensions to terrorists and their families than on hospitals. Indeed, in March of this year, he actually went as far as to falsely allege that Israelis were spitting on Palestinian cars so as to spread the coronavirus to them. And though he has served as the P.A.’s chief peace negotiator, he’s spent his tenure in that position working to make peace negotiations impossible, swearing that he will never recognize Israel as a Jewish state and end the ongoing conflict.

However, when faced with the question of where was the best place in the region to seek help, Israel was the obvious answer. One of the region’s pre-eminent health-care facilities, Hadassah and its doctors took him in. The odds may be against the seriously ill Erekat, who has already had a lung transplant and a heart attack, surviving the illness. But if he were to have a chance anywhere, it would be there.

The better question is: Why would Israel, which has been on the receiving end of his vitriol, slanders and worse, open its doors to Erekat and do what it could to save him?

Some Israelis and friends of the Jewish state can’t understand it. They see this willingness to help even enemies as a particular form of weakness. They cite the passage from the Midrash of the sages that says, “He who becomes compassionate to the cruel will ultimately become cruel to the compassionate” as a good reason to turn Erekat down.

Others think that it was wrong of the government of Prime Minister Benjamin Netanyahu not to exact concessions from the Palestinians in exchange for what may well be the best chance of saving Erekat’s life. And it wasn’t just right-wingers saying that. Michal Cotler-Wunsh, a moderate member of the Knesset from the Blue and White Party, asserted that prior to admitting him, Israel should have gotten the P.A. to agree to reciprocal humanitarian gestures, such as returning the bodies of slain Israeli soldiers being held by Hamas terrorists in the Gaza Strip or freeing two Israeli Arabs who wandered over the border in that terrorist enclave.

That sounds only fair; still, the supposedly hardline government led by Netanyahu didn’t try to extract such concessions or at least didn’t try very hard to do so quietly. Why not?

One pragmatic answer is that for all of the antagonism between Israel and the P.A., in addition to the latter’s refusal to make peace, the day-to-day working relationship between them continues. Contrary to the incessant talk about the occupation, almost all Palestinians live under the dictatorial rule of P.A. leader Mahmoud Abbas and his corrupt Fatah Party. There is a fair amount of security coordination going on that is partly aimed at reducing Palestinian attacks on Israelis, yet also focused on keeping Abbas alive against threats from his Hamas rivals.

Doing favors for Palestinian leaders is part of this uneasy relationship, so it’s hardly surprising that Israel would reserve a bed at Hadassah for the use of a person who has done so much to hurt the Jewish state.

But the real reason goes far deeper than that.

As much as Israel is depicted as a modern-day Sparta—a militarized state that is dominated and governed by its security establishment—Jewish values still play a crucial part in its decision-making. Being a Jewish state necessarily involves considerations that a purely utilitarian approach to life would reject.

Much like Netanyahu’s highly controversial decision to trade more than 1,000 convicted Palestinian terrorists, including many with blood on their hands, for the freedom of a kidnapped young soldier, Israeli leaders often wind up doing things that objectively make little sense. The Gilad Shalit prisoner exchange let murderers of children walk free; however, the obligation to redeem a captive took precedence and rather than suffer politically for the decision, Netanyahu was applauded by voters even as security experts deplored the precedent he had set.

By the same token, the generally tough-minded premier likely felt that it was impossible for him to refuse a humanitarian request, even from a bitter foe.

It’s doubtful that any other country would be so generous to an enemy, yet somehow, the notion that Israel would turn away a person in need is inconceivable. Unlike the English common-law tradition, there is a specific Jewish obligation to help others rather than to stand by only watching their plight.

Israel isn’t perfect but it is often unfairly judged by a double standard about its conduct towards enemies that is not applied to any other democracy at war. Though it is far more scrupulous about trying to avoid hurting civilians when it fights its foes, it is continually blamed for any casualties in ways that others are not.

Like the peace offers that Erekat and his comrades have repeatedly rejected, no one will give Israel credit for its unilateral humanitarianism. But it’s entirely natural, if also frustrating, that Netanyahu would help a Palestinian leader in need even when we know that if the shoe were on the other foot, Israel’s foes would not do the same.

The instinctual application of traditional Jewish values by the Jewish state’s secular government should not surprise anyone. Even when it will not advance Israel’s cause, behaving decently to those who would not reciprocate such a gesture is still the default position of any government of the Jewish state.