Could Lebanon’s First Negotiations with Israel in Decades Lead to Normalization?

Home » Could Lebanon’s First Negotiations with Israel in Decades Lead to Normalization? 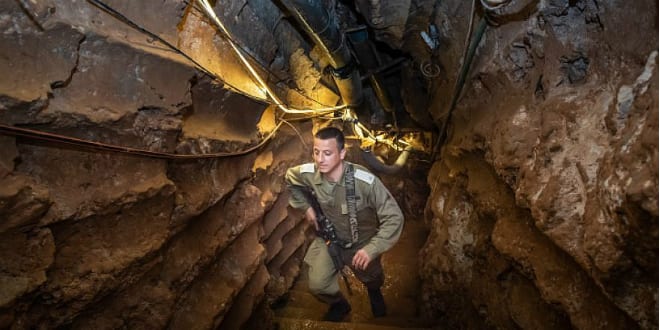 For the first time in three decades, Israel and Lebanon held the first of what is expected to be a series of negotiations over the next few months regarding the two countries’ shared maritime border. Both countries, Lebanon in 2007 and Israel in 2010, delimited their respective exclusive economic zones (EEZ) in the eastern Mediterranean with Cyprus. But a 330-square-mile section of the Mediterranean Sea between Israel and Lebanon remains in dispute.

U.S. officials mediated the negotiations, which took place at a base belonging to the U.N. Interim Force in Lebanon (UNIFIL) in the Lebanese town of Naqoura. Lebanese officials reportedly refused to speak directly with the Israeli representatives. The meeting lasted only an hour, but both sides agreed to meet again on Oct. 28. The question now is whether or not they can reach a compromise and whether these talks hint of the possibility for broader talks over normalization.

Alan Baker, director of the Institute for Contemporary Affairs at the Jerusalem Center for Public Affairs, told JNS that the talks are significant since the disagreement has lasted for 10 years already, and every time Israel offered to sit and negotiate, Lebanon has refused.

Why all of a sudden has Lebanon relented to negotiating?

“It is connected to the Gulf states and the normalization of relations with Israel,” said Baker. “The Lebanese have realized they have everything to benefit from coming to an agreement with Israel,” especially when it comes to gas revenues, and possibly “some form of arrangement for cooperating with Israel for utilizing the resources of the sea.”

“The Lebanese government would not be able to do this without getting a green light from Hezbollah,” he added.

What is clear, according to Baker, is that Hezbollah is in dire financial straits, and if Lebanon benefits from this economically, then the terror group will as well.

‘Hezbollah removed its veto over talks’

Israel and Lebanon have had a volatile relationship since both countries were established in the 1940s. While Lebanon did not formally take part in the succession of Arab-Israeli wars in 1948, 1967 and 1973, a more turbulent period of relations began between them during the Lebanese Civil War in the 1970s and ’80s.

Israel has had warmer relations with Lebanon’s Christian community, especially during the civil war, where it openly backed Christian leaders and occupied southern Lebanon as a buffer zone until 2000. However, as the balance of power in Lebanon has shifted in the ensuing decades towards its Shi’ite Muslim community dominated by Hezbollah, relations have become increasingly hostile with the two sides fighting a war in 2006. Hezbollah has continued to threaten Israel with cross-border raids with as many as 150,000 rockets and missiles pointed directly at the Jewish state.

Nevertheless, since the Aug. 4 multiple explosions in the capital city of Beirut that decimated buildings and led to nearly 200 civilian deaths, the world has increased scrutiny on Lebanon’s government and internal corruption, in addition to Iranian influence through Hezbollah. As such, there may be a shift away from an overtly hostile approach to Israel.

Efraim Inbar, president of the Jerusalem Institute for Strategy and Security, also noted Hezbollah’s relaxed stance regarding negotiations with Israel.

“It’s clear that Hezbollah removed its veto over the talks,” he said. “It tried to flex its muscles and prevent Israeli government officials from partaking in the talks, but it relented. This reflects its reluctance to be seen as not making a contribution to the rebuilding of Lebanon.”

Inbar agreed with Baker that Hezbollah has an ulterior motive for the talks to succeed, as a deal would mean money ending up in its coffers.

Whether this will lead to a broader agreement akin to normalization by the United Arab Emirates and Bahrain, Baker remained skeptical.

“It’s a beginning, and if it works out, it can lead to wider discussions on the land boundary, where the dispute is not so large, but there are points which need to be negotiated and agreed upon,” he said.

“This, of course, depends on what the future government of Lebanon will look like,” he added.

Speaking at the Knesset on Wednesday, Israeli Prime Minister Benjamin Netanyahu hinted at the possibility of broader negotiations when he called on the Lebanese government to continue and conclude talks with Israel regarding mutual maritime borders.

“It might be a first sign for peace that could maybe happen in the future,” Netanyahu said. But he warned that “there will be no peace with Lebanon as long as Hezbollah is in control of it.”

Inbar said he believes that it would be wrong to see the talks as an indication of expanding the normalization process. “It is a Lebanese development, and has to do with the economic and political crisis within Lebanon,” he emphasized.

Inbar said he wouldn’t read too deeply into the talks at this point: “I am a skeptic, and I am waiting. We will see what happens.”

“In the Middle East, talks can go on forever,” he forewarned. “And we shouldn’t forget that even if we have an agreement, there is no assurance that it will be respected.”