How Russia and China Weaponize Technology to Manipulate the Masses

Home » How Russia and China Weaponize Technology to Manipulate the Masses 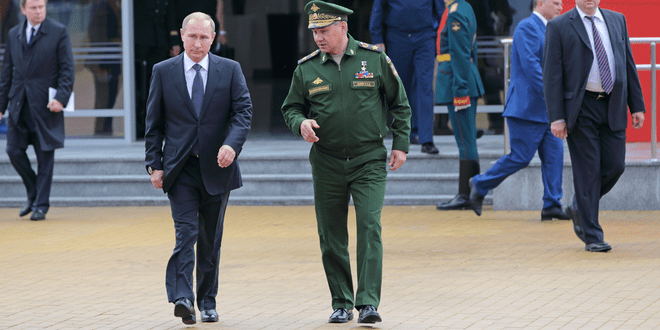 “The fax will set you free!” Years ago, that was such a hopeful rallying cry. I was among those convinced that exciting new technologies would defeat tyrants and censors. When the facsimile machine, an invention of the 19th century (look it up) came into widespread use in the 1980s, it seemed to be the sharp point of a freedom-friendly technological spear. A fax machine could do in minutes what it had taken Soviet dissidents weeks to achieve with a typewriter: make a copy of a forbidden book and transport it from one place to another.

Years later, of course, there was the advent of the even more revolutionary Internet, followed by social media and other developments that promised to bend the arc of history toward liberty.

You know what’s happened since: Tyrants have learned to use high technology to spread disinformation while, in totalitarian countries, censors have become adept at repressing truthful information they find inconvenient.

We all know there was Russian interference in the 2016 presidential election. But only some of us grasp what the Kremlin intended—and still intends—to achieve.

“The Russian government’s goal is to weaken our country—to diminish America’s global role,” Fiona Hill, a Russia expert who served under both Republican and Democratic presidents, explained in congressional testimony last year.

Russian President Vladimir Putin and the Russian security services, she added, “deploy millions of dollars to weaponize our own political opposition research and false narratives. When we are consumed by partisan rancor, we cannot combat these external forces as they seek to divide us against each other, degrade our institutions, and destroy the faith of the American people in our democracy.”

The Wall Street Journal took a serious look at some Russian disinformation efforts last week. A piece headlined “How Russia Today Skirts High-Tech Blockade to Reach U.S. Readers” revealed the mechanisms by which Putin’s propaganda is packaged by such operations as RT (formerly Russia Today) and Sputnik and then laundered into legitimate American online media outlets.

And though RT reluctantly complied with a 2017 U.S. Justice Department demand that it register as a “foreign agent,” it’s still carried by such major U.S. television cable and satellite networks as Comcast, Dish Network and DIRECTV. Shouldn’t these networks clearly disclose that to viewers? If they don’t, aren’t they assisting the Russian propagandists? Is anyone in Congress interested?

American audiences are not the only Kremlin targets. RT and Sputnik broadcast to dozens of countries in about 30 languages.

What got me thinking about all this was an email I received last week from a journalist friend living in Kyiv. “We have a critical situation here in Ukraine where Putin-allied or friendly oligarchs own half the TV stations,” he wrote. “They are spewing anti-U.S., anti-E.U. propaganda 24/7. Eventually, it will take a toll on public opinion.”

One example: Since the outbreak of the coronavirus pandemic, Russian media have been propagating the lie that the United States maintains military biolabs in Ukraine and that these labs have been spreading diseases.

The People’s Republic of China also blatantly slanders the United States. As my FDD colleague Craig Singleton noted in a recent report, Beijing’s “well-funded propaganda machine operates across platforms including television, radio, print media and social media. Some efforts are unambiguously linked to the Chinese government, while others are structured to hide Beijing’s hand.”

According to a White House report issued earlier this year: “In 2015, China Radio International was revealed to control 33 radio stations in 14 countries via shell entities.” Every two years since 2001, the Beijing-owned China News Service has hosted “The World Chinese Media Forum.” Last year, it was attended by more than 400 overseas media representatives closely aligned with Beijing.

There’s a bigger picture: The propagation of disinformation in traditional and social media, including the use of bot and troll accounts as well as blogs and websites with fake or uncertain attribution, are all weapons deployed in the “hybrid wars” Moscow and Beijing are waging against the United States and the West. Other hybrid warfare tactics include cyberattacks, boosting extremist political parties and “encouraged protests.”

Written by Grant Newsham, a retired Marine Corps colonel and former reserve head of intelligence for Marine Forces Pacific, the report details “some of the alleged methods used,” including “Electronic Counting Machines (ECM) and/or attached computers containing Huawei components.” Huawei, of course, is a Chinese multinational technology company that advances Beijing’s “military-civil fusion” policies. (Huawei executives deny that. If you believe them, there’s a bridge in Hong Kong I can sell you.)

The result, Pascal writes, “was a massive, surprising win for President Moon Jae-in’s party in an election with results that seemed so statistically improbable that the former head of the highly prestigious Korean Advanced Institute of Science and Technology said, ‘either God did it or it was rigged.’”

Pascal adds that Beijing also has “a track record of attempting to manipulate elections in Taiwan, and buying influence with voter groups, politicians and political parties in countries from Australia to Zambia.” The election in South Korea, however, “seems to involve direct technological infiltration.”

What will it take to defend Americans and American allies from hybrid warfare including disinformation offensives and high-tech falsification of election results? Lots of work by a list of U.S. government agencies that, for the most part, have not been up to the task in the past.