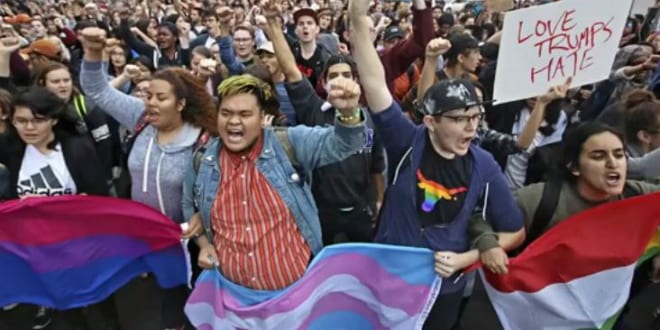 How do you know that the Democrats are all-in on court packing?

The most obvious tell is that they’re doing what they usually do, playing Orwellian word games to redefine the term. The meaning of court packing had stayed the same for much of our history. FDR’s court packing scheme was referred to as such in the same textbooks written and taught by generations of lefty academics.

But now the Overton Window is being opened, which means that the term “court packing” gets its Orwellian moment and the media starts insisting that the term doesn’t mean what everyone, including them, used it to mean all along. But if you can do that with human sexes, doing it with a mere political term is pretty easy.

Democrats and their media are working to push their party past the Rubicon on court packing. The propaganda is mainly aimed at Democrats, who are wary of the idea, to convince them that Republicans have been doing it all along. “It” being the thing that they, like Bill Clinton, are trying to redefine.

Court packing is one of a series of political nuclear weapons that Democrats are bent on detonating within the national government. It’s not the worst of them, but it would delegitimize the federal judiciary. And yet it’s perfectly easy to imagine that the Democrats and the media, after packing the court, will then scold Republicans for not listening to their new Venezuelan judiciary. (Court packing had already been utilized by Maduro in that socialist dictatorship to retain his grip on power.)

Lefties thrive on doing the latter, conducting revolutions and recreating the system, to make their power absolute. That’s what court packing does.

Republicans have been aggressively playing the game under McConnell when it comes to federal judges. (Of course, Democrats have spent the last 90 years aggressively playing the game and filling courts with their own judges, even under Republican presidents. Until Bush Jr, there wasn’t much of a conservative judicial base, and until Trump, there wasn’t a consistent set of conservative judicial appointments so, as usual, Republicans were just playing catch up for a few years, leading Democrats to announce that since Republicans have learned to play their game, it’s time to play a whole new game.)

Democrats want to change the nature of the game. It’s the difference between playing the game aggressively and winning by adding or subtracting more bases at selected times.

One might be controversial, the other just isn’t baseball.

And that’s the larger metaphor.

Republicans are trying to win the game. Democrats are trying to change the game. Republicans are pushing boundaries, Democrats are redrawing them to make the game and its rules entirely futile. Their tactics make playing by the rules seem as foolish as trying to play a basketball game by the rules when your opponent is adding multiple balls, or adding bases to a baseball game when you’re up at bat and subtracting bases when they are.

That’s the usual leftist strategy for blowing up a system. And it’s the root cause of the current crisis.