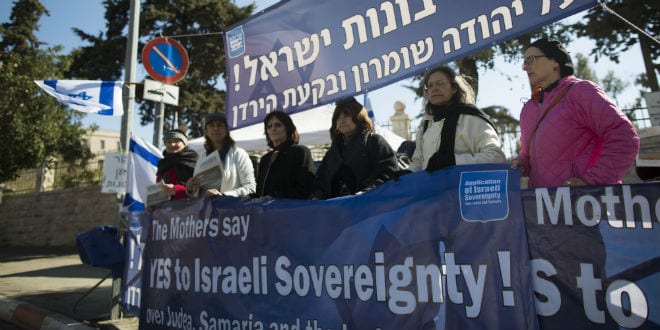 For the better part of the past year, one of the major diplomatic agenda items in the Middle East was whether or not Israel would apply its formal sovereignty over lands it controls in parts of Judea and Samaria, surrounding Jewish settlements, and along the strategic Jordan Valley.

In December of last year, U.S. Secretary of State Mike Pompeo reversed a longstanding American policy that viewed Israeli settlements as both illegal and an impediment to peace. He later confirmed that “we’re recognizing that these settlements don’t inherently violate international law. That is important. We’re disavowing the deeply flawed 1978 Hansell memo, and we’re returning to a balanced and sober Reagan-era approach.”

The reversal paved the path for Israel to reconsider its own policies towards lands central to its biblical history and critical to its ongoing security with newfound backing from the United States.

The formal declaration of Israeli sovereignty in the strategic Jordan Valley—Israel’s easternmost border—became a critical component of Israeli Prime Minister Benjamin Netanyahu’s recent third consecutive election campaign. The issue gained major momentum during a dramatic press conference at the White House in January, formally presenting the Trump administration’s “Peace to Prosperity” vision and Israel’s agreement to accept the vision as the basis for renewed negotiations with Palestinians.

According to the prime minister, as well as U.S. Ambassador to Israel David Friedman, in exchange for accepting the American proposal as a basis for talks, Israel would get to fast track its end of the process, and immediately apply its sovereignty to the areas that the vision outlined as part of Israel following any negotiations.

Yet within days following the White House press conference, it became clear that the application of sovereignty would not be immediate, and that a complex mapping process was necessary to turn a “conceptual map” into a practical map. Precise borders needed to be delineated for the application of sovereignty to take place over approximately 30 percent of “Area C”—areas that were apportioned to Israeli security and administrative control under the ill-fated Oslo Accords.

A six-man mapping committee led by Friedman and his counterpart, Israeli Ambassador to the United States Ron Dermer, began the process, which advanced slowly but steadily during the early phases of the coronavirus pandemic.

As the mapping process was taking place in April, Netanyahu entered into intense negotiations with political challenger turned coalition partner Benny Gantz on the guiding principles of an emergency unity government. While the government was formed specifically to end a bitter extended election cycle and to deal with COVID-19, the coalition agreement included a carefully negotiated clause enabling Netanyahu to advance the application of sovereignty from July 1, which was around the time the mapping process was estimated to be completed.

In the lead-up to the July 1 date, the media was dominated with the question of whether or not Israel would formally apply its sovereignty. Opponents of the move decried the pending “annexation” of disputed territories that sit at the geographic center of the Israeli-Palestinian conflict. Much of the opposition failed to acknowledge that the lands in question are territories that Israel has already controlled for decades.

Among the most vociferous opponents of the move were longtime members of a failed peace industry borne in the West. For decades, this group has preached that the Israeli-Palestinian conflict could only be ended through a flawed land-for-peace formula in which Israel would cede lands central to its biblical heritage, liberated from Jordan in 1967 during the defensive Six-Day War. These territories are currently home to more than 400,000 Jewish residents in 100-plus fully built-up suburban communities. According to the formula, in exchange for this land, Israel would receive the non-guaranteed promises of peaceful coexistence with Palestinian neighbors who have been educated for decades through incitement on television, in textbooks and in public speeches, and financially incentivized by the Palestinian Authority to engage in relentless acts of terrorism against Jewish civilian targets.

Joining in the choir of opposition to the application of sovereignty were select members of America’s Jewish communal establishment who have grown accustomed to criticizing Israeli policies from abroad. They sternly warned Israel that their own waning support for the Jewish state hinged on Israel not taking such a controversial action in advance of a negotiated settlement with the Palestinian Authority.

In addition and perhaps surprisingly, many members of Israel’s national camp also opposed the application of sovereignty. Sovereignty would have upgraded Israel’s ambiguous control over settlements and removed the authority of an outdated and militarily-controlled Civil Administration—issues that are dear to the national camp.

Yet right-wing opponents argued that sovereignty over only part of the disputed territories essentially draws the borders for a future Palestinian state. They similarly worried about the long-term fate of the 15 enclaves that would essentially be cut off from contiguous Jewish-controlled territories.

July 1 came and went without a fateful announcement. The calendar market had never been set as a deadline, but rather, as the first date that the coalition agreement would permit application of sovereignty to be raised in the cabinet or Knesset.

Yet opponents of the prime minister pointed to lukewarm support from Gantz and Foreign Minister Gabi Ashkenazi, as well as waning support for the move from “Peace to Prosperity” architect Jared Kushner. Supporters of Netanyahu suggested that the move was forthcoming in the weeks to follow, and that the mapping process had not been formally approved by the United States.

Weeks later, with the surprise joint announcement that Israel was formally normalizing diplomatic and economic relations with the United Arab Emirates in August, the application of Israeli sovereignty in Judea and Samaria was indefinitely suspended.

The Emiratis claimed that Israel agreed to suspend its application in exchange for a deal. Netanyahu and members of the Trump administration expressed that Israel was forced to choose between normalization with Sunni Arab Gulf states or the application of sovereignty.

No one can deny that Netanyahu did not make good on a repeated campaign promise to formally apply Israel’s sovereignty. Opponents of the move to begin with now openly questioned whether Netanyahu had ever fully intended to make good on his word. Israel’s national camp used the lack of sovereignty as suggested proof that Netanyahu does not represent the will of Israel’s right-wing, despite his hawkish positioning.

In actuality, the fate of Jewish settlements and Israeli-Arab normalization have always been completely independent diplomatic tracks—both of which have been advanced separately over the course of many years, and will continue to operate separately in the months and years to follow.

While tweets and public statements from diplomats participating in the Abraham Accords have linked the two tracks as seemingly dependent on one another, the actual documents signed between Israel and its Sunni Muslim counterparts paint a different picture.

The general principles of the Abraham Accord peace agreement signed between Israel and the United Arab Emirates, state that each nation “shall recognize and respect each other’s sovereignty and right to live in peace and security, develop friendly relations of cooperation between them and their peoples, and settle all disputes between them by peaceful means.”

The Declaration of Peace signed between Israel and Bahrain similarly states each nation’s commitment to “recognizing each States’ right to sovereignty and to live in peace and security, and continuing the efforts to achieve a just, comprehensive, and enduring resolution of the Israeli-Palestinian conflict. Similarly, both documents reference the U.S. Administration’s Peace to Prosperity Vision, including the conceptual maps which include the areas Israel had planned to declare its sovereignty over, as part of Israel in a future negotiated agreement.

While Israel has agreed to “suspend” its application of sovereignty, both Netanyahu and members of the U.S. administration have both refused to state that the move has been taken completely off the table. In other words, Israel may well apply its sovereignty over parts, if not all, of the disputed territories in the future. And the agreements signed between Israel and its Gulf state counterparts, both acknowledge each other’s “right to sovereignty” without cautioning on future Israeli diplomatic moves.

Though Israel agreed to temporarily suspend its formalization of sovereignty, it is not planning on giving up its sovereign rights to those territories. Israel has no intention of uprooting even one Jewish settlement or resettling even one of the hundreds of thousands of Jews living on the presently disputed grounds.

Without the fanfare of an official sovereignty announcement that would do little to change Israel’s footprint on the ground, for Israel, the Arab world’s recognition of de facto Jewish sovereignty over settlements represents a major diplomatic achievement. And maintaining ambiguity over the status of the adjacent territories—by not officially delineating borders for a future Palestinian state—may actually be in Israel’s long-term best interests.