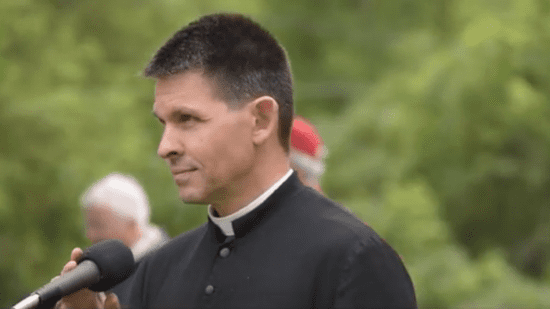 In a confluence of interests, an Orthodox Jewish group and the Roman Catholic Diocese of Brooklyn are bringing two lawsuits against New York Gov. Andrew Cuomo over his restrictions on attendance of religious services. The complainants claim that the restrictions violate their religious freedoms protected by the constitution.

On Oct. 6, Gov. Cuomo issued a new policy called the “Cluster Action Initiative,” shutting down churches and synagogues in areas described as “Red Zones” located in New York City and elsewhere in the state. Public prayer in the red zones is limited to 25 percent percent of capacity but with a maximum of 10 people. He also designated Orange Zones in which public religious gatherings are limited to 33 percent of capacity and a maximum of 25 people, Yellow Zones limit houses of worship to 50 percent. All religious schools in red and orange zones were ordered closed.

It is important to note that Cuomo’s restrictions only pertain to religious institutions.

Gove. Cuomo’s new order restricts some indoor religious gatherings in New York City to 10 people. Violating the order can lead to fines of $15,000.

Lawsuits by Jews and Catholics

The Orthodox community in New York City responded with massive protests this week.

Catholic priests Steven Soos and Nicholas Stamos and ultra-Orthodox Jewish congregants Elchanan Perr, Daniel Schonborn and Mayer Mayerfeld filed a lawsuit in the Northern District of New York naming Gov. Cuomo, Mayor de Blasio, and State Attorney General Letitia James as defendants. The lawsuits claim that while widespread protests were being held across the state following the death of George Floyd on May 25, worshippers at communal gatherings were threatened with fines up to $1,000 and criminal prosecution.

“The COVID-19 related orders purport to be facially neutral, yet fail to prohibit secular activity that endangers the state interest in ‘public health’ equally or to a greater degree than the prohibited religious conduct,” plaintiffs’ lawyer Christopher Ferrara said, quoted by the National Review.

“The governor’s new ‘Cluster Action Initiative’ is a completely arbitrary and astounding abuse of power, just when we thought it couldn’t get any worse,” Ferrara said in a statement.

“It is a blatant violation of our clients’ right to the free exercise of religion under the First Amendment, including their right to be free from such explicit and brazen religious discrimination.”

The Roman Catholic Diocese of Brooklyn is also suing the state of New York, in the US District Court for the Eastern District of New York. Randy Mastro, the diocese’s attorney, said in a statement last week that the new restrictions will “arbitrarily reduce capacity” at churches.

“If this latest executive order stands, parishioners won’t be able to go to Mass this Sunday, even though the Diocese has done everything right to ensure safe conditions in its churches,” the diocese’s attorney, Randy Mastro, said in a statement last week.

“Thus, this religious community will be denied its most fundamental right—the free exercise of religion—for no legitimate reason whatsoever.”

In a press conference, Gov. Cuomo said that it was a “politically uncomfortable situation” to restrict prayer in “your church, or your mosques, or your temple,” but he saved his most serious ire for the Orthodox, threatening, ““I have to say to the Orthodox community tomorrow, ‘If you’re not willing to live with these rules, then I’m going to close the synagogues,” a threat he did not express towards any other religious group.

Last week, Cuomo justified targeting Jewish prayer, saying, “Orthodox Jewish gatherings often are very, very large and we’ve seen what one person can do in a group,” Cuomo said. To illustrate his point, he displayed a photo of Haredi (ultra-Orthodox) Jews at a large gathering. The Jewish attendees were not socially distanced and were not wearing masks.

It was later revealed that the photo was taken at a funeral procession held by the Satmar sect of Hassidic Judaism in 2006.