Speak to Aharon and his sons: Thus shall you bless the people of Yisrael. 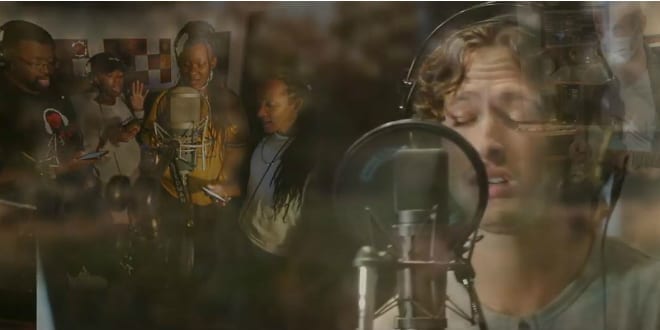 The Blessing from the Bible used by the priests to bless Israel and by parents to bless their children is now presented to the world with a Gospel twist.

Israel Portnoy has appeared at several Day to Praise events hosted by The Center for Jewish–Christian Understanding and Cooperation (CJCUC).  The initiative takes to form in an annual event on Yom Ha’atzmaut (Israel’s Independence Day) in which Christians worldwide are called on and invited to recite Hallel (Psalms 113–118) with the Jewish People in a celebration to praise God for the State of Israel. Portnoy performs music with his brother, Mendy.

In his most recent release, Portnoy Birkat Kohanim, the Kohanic blessing. David Nekrutman, the director of the CJCUC explained the motive behind the song.

“The Portnoy brothers are very supportive of connecting with pro-Israel Christians but they do it through song,” Nekrutman said. “Sruli (a nickname for Israel) composed this song over a decade ago but only released it this week.

“I never put it out there as I never felt fully able to stand behind it so I told myself all kinds of excuses like ‘the world doesn’t like my take on Jewish music’ and ‘I’ll make music which is more universal instead,” Portnoy said. The spark to release the song was seeing that the Koihanic blessing, a twice-yearly event that attracts tens of thousands and held on Monday, was severely restricted this year due to the pandemic and only a few dozen people attended.”

The song is based on the Priestly Blessing from Numbers 6:23-27

May the LORD bless you and guard you,

May the LORD make His face shed light upon you and be gracious unto you,

May the LORD lift up His face unto you and give you peace.

Portnoy’s version of the blessing was heavily influenced by gospel music, an approach that is normally not used in Jewish music,” Nekrutman explained, noting that the background vocals for the new song were performed by black gospel singers. “This was their approach at our Day to Praise events.”

Nekrutman frequently teaches Christians the Kohanic blessing, emphasizing that this is done in strict accordance with Jewish law.

“The blessing was said by Kohanim in the Temple but the blessing is an intimate part of Jewish households,” Nekrutman said. “These are the words that parents use to bless their children on the Sabbath evening. The message of the prayer is explicitly one of peace.”

The Portnoy Brothers are currently working on a prayer based musical album that will present an entirely new approach to Jewish music.