Can We Forgive Each Other in the Midst of a Tribal Culture War?

Home » Can We Forgive Each Other in the Midst of a Tribal Culture War? 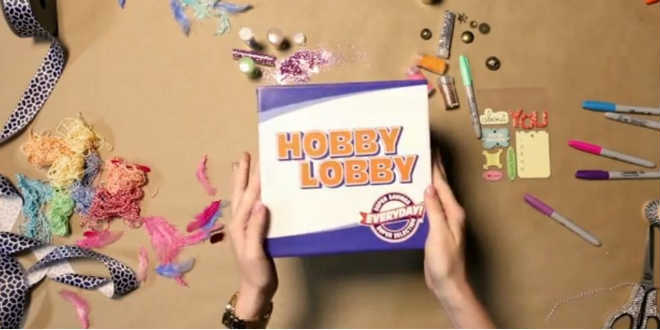 It was something that happened on the margins of one of those viral videos that have sparked outrage during the past few months. A group of Black Lives Matter demonstrators was marching down a street in St. Petersburg, Fla., and paused in front of a restaurant serving patrons sitting outside, which has become the norm as pandemic-stricken businesses seek to survive. The marchers congregated in front of them and began chanting about the death of African-American Breonna Taylor, (who was shot and tragically killed by police in her apartment in Louisville, Ky., when defending themselves against gunfire from her boyfriend) demanding that their now captive audience “stand up, fight back!” But that was not enough for some of the young “mostly peaceful” protesters who chose, seemingly without provocation, to commandeer a table where a pair of elderly diners were seated and proceeded to yell, curse and threaten them for having the temerity to complain about their right not to be accosted in this manner.

Unlike many other such confrontations, this one didn’t end in violence. But it was an ugly scene that illustrated what happens when mobs form. People who think that their beliefs are more important than other people’s rights are liable to do anything—most of all to treat people they perceive as foes as lacking good motives, the right to voice their opinion or even just to be left to eat in peace.

Towards the end of the video, something happened that was particularly alarming. While the demonstrators were harassing the couple, another young white male stepped towards the table wearing a tallit and proceeded to blow the shofar at the objects of the marchers’ fury.

Wrapped up in what he thought was the justice of the cause for which he was demonstrating, the sight of people simply going about their normal lives might have seemed intolerable. At a time when BLM protestors are demanding a “revolution” that will transform the nation, he likely thought it was right to blow the shofar and insist that these people also “wake up” and join him, even if they, like many Americans, take a dim view of the Marxist extremism that is driving the BLM movement.

Blowing a shofar directly at older persons—or anybody for that matter—in the middle of catastrophic pandemic is also a shameful act of reckless endangerment.

Injecting Judaism and Jewish symbols into an act of blatant thuggery is indefensible, as is the appropriation of Jewish sacred symbols for this secular and highly debatable premise.

It’s also bad to treat Jewish identity as merely a prop to pull out when useful in order to make some political point.

It’s also disgraceful when someone who is Jewish only speaks of his background in order to make some point, either against Israel or to claim the right to speak for Jews on secular issues. That’s what happened this week, when Donny Deutsch, a public-relations flack and commentator on MSNBC’s “Morning Joe” program, lectured Jews who were thinking of voting for President Donald Trump that they were abandoning their heritage. That he said there was no difference between Trump and Adolf Hitler is a bad joke. The problem is that Americans are so badly divided that many on the left actually believe this absurd lie. To be fair, some on the right are as convinced that those who oppose Trump are equally bad.

It’s also terrible when Jewish religious groups or rabbis cross the line with politicized sermons and endorsements that sound like papal bulls and leave no room for debate or disagreement. Blurring the distinction between political disagreements and religious obligations, whether you’re for Trump—as in the case of some Orthodox groups—or against him is irresponsible.

The 10 days that encompass Rosh Hashanah and Yom Kippur are a period of introspection in which each of us must conduct a cheshbon hanefesh, an “accounting of the soul.” The concept of teshuvah (“repentance”) is at the heart of this process. If you’ve wronged someone in your life, this is the moment to sincerely ask for forgiveness and, in turn, to forgive those who might have wronged you.

While most think this solely applies to interpersonal conduct, it has a particular relevance to intense political polarization.

Unlike the sort of bad behavior decent people know to be ashamed of, contempt for our political foes and the deep anger that lies behind it is something many of us are only too eager to parade before the world. Many have come to believe that attacking or shaming those who disagree with us is the right thing to do. Rather than apologize, we pat ourselves on the back for denouncing those who oppose our views, sometimes in the most uncivil terms imaginable. And we count on our “friends,” both virtual and real, to cheer us on.

You can blame this on social media, which has made it so easy to insult both public figures and people you don’t know or have never met. But we can’t just blame this on Facebook, Twitter and Instagram. The fault is ours.

Regardless of whether you attend synagogue, watch a service at home this year or pray alone on Yom Kippur, when you get to the Al Chet prayer in which Jews confess their sins and ask God for forgiveness, read the text carefully. We should think seriously about how much of our public and social-media exchanges fall into the categories of conduct for which repentance is required. Behaving with contempt, offensive speech, scoffing, slander, passing judgment and groundless hatred are just some of the sins that are staples of political discourse that now resembles a tribal culture war more than a democratic election.

The answer from some will be that the awfulness of the objects of our anger justifies these tactics. This an excuse used both by opponents of Trump, as well as by those who support him. Moreover, so deep is each side’s conviction that they are right and the other side is wrong that every exchange is invariably filled with self-righteous contempt. The only consensus that stretches across the partisan gap is one that holds that the loss of the election for your side will end life as we know it. Perhaps that is true; still, that doesn’t excuse attacking our friends, relatives or neighbors who disagree with us in ways that only further alienate them. “Cancel culture” is not only undemocratic and promotes fear, it also persuades no one.

So rather than think back on these debates with embarrassment, we arrive at the Al Chet convinced it is only for others to apologize, not us.

That’s a terrible mistake. The Days of Awe are a moment in time when we should focus on finding the courage and the moral strength to forgive and to apologize. We should remember that none of us are in possession of faultless truth. And we should be able to say we are sorry for offending others, forgiving those who have done the same to us and resolving to conduct ourselves, even on issues we feel the strongest, with more restraint and civility.

That doesn’t mean that we should stop voicing our opinions on critical issues. But it should motivate us to recognize that no-holds-barred contemporary political combat is not only coarsening and corrupting our country, but also our souls.