We Should Believe What Arab Dictators Say

Home » We Should Believe What Arab Dictators Say 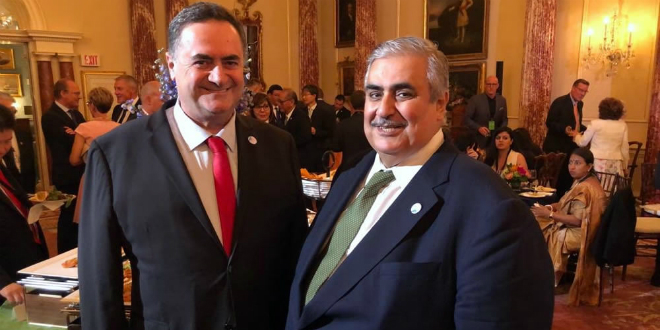 The Jewish and Zionist officials who gathered on the White House lawn this week for the signing of the Israel-UAE-Bahrain agreement seem to have heard only words of peace and friendship from the podium. But the Arab leaders who spoke at the ceremony said something very different.

The foreign minister of the United Arab Emirates, Abdullah bin Zayed al-Nahyan, began by profusely thanking President Donald Trump and his aides, who “worked hard and sincerely,” who are “genuine about the principle of peace,” and who “strived to realize this major achievement.”

Then he turned to the prime minister of Israel, Benjamin Netanyahu, the man who is supposed to be his partner in peace, the leader of the country with which the UAE is establishing relations. You would think that Foreign Minister al-Nahyan would likewise have thanked Netanyahu for his hard work in striving for peace.

Nope. Instead, the foreign minister thanked Netanyahu “for halting the annexation of the Palestinian territories.” Ouch! Not only did al-Nahyan not express appropriate gratitude to the Israeli leader for pursuing peace; he bluntly declared that all of Judea and Samaria, even the areas that are inhabited solely by Jews, are “Palestinian Territories.”

No—a first step toward reducing Israel to the indefensible pre-1967 armistice lines. “It is now incumbent on us to work urgently and actively” towards a “two-state solution,” al-Zayani proclaimed. In other words, to establish a Palestinian state that would leave Israel just nine miles wide in the area around Kalkilya.

Remember what Abba Eban called those pre-1967 lines? “Auschwitz lines.” Because they were so narrow that Israel would be in danger of complete annihilation. Pro-Israel in America groups used to quote that label all the time. Not so much anymore.

The Jewish and Zionist officials on the White House lawn could not have been too happy about all the talk of “Palestinian territories” and Palestinian statehood. But it seems the cat got their tongues. Some even made excuses. One right-of-center figure suggested that “the UAE and Bahraini foreign ministers made these statements solely to appease radical elements in Arab world.” Remarkable! It was not long ago that such groups mocked the Jewish left for indulging in those kinds of rationalizations.

The Jewish right used to ridicule the left for that “appease-the-radicals” excuse because it was an excuse that revealed the absurdity of the left’s entire thought process. If “moderate” Arab leaders have to make extremist statements in order to “appease the radicals,” it means that the masses of Arabs continue to hold radical anti-Israel views. In other words, they are not ready for peace—and therefore any peace agreement signed by an Arab leader with Israel could be torn up at any moment, for any reason.

If Arab leaders genuinely accepted the legitimacy of Israel’s existence, they would first use some of their gazillions in oil revenues to sponsor peace education. They would change the curricula in their schools from teaching hatred of Jews to teaching coexistence with Jews. They would root out the hate-Israel propaganda that permeates their news media and, indeed, pretty much their entire culture. At that point, they could openly proclaim what they supposedly believe, instead of making extreme statements in order to “appease the radicals.”

But that’s not what the Israel-UAE-Bahrain agreement is. This is Israel making concrete concessions on sovereignty and construction, in exchange for embassies and trade. Maybe some pro-Israel groups think that’s an acceptable price to pay. But they shouldn’t kid themselves—that’s the price. That’s what the leaders of the UAE and Bahrain said on the White House lawn. Believe them.