Say their Names: The Forgotten American Victims of Palestinian Terror 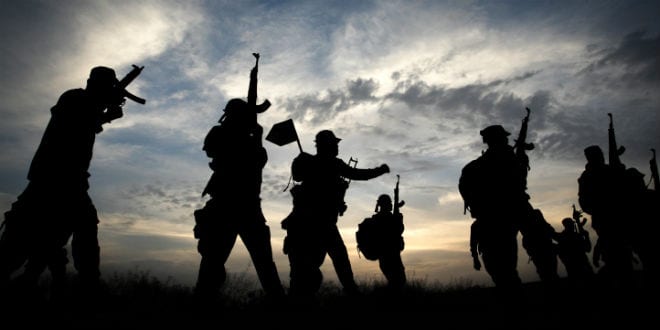 Many of the recent protests over police shootings have focused on a specific victim, Ms. Breonna Taylor. The “Say Her Name” campaign has taught millions of people about Breonna as a person, about her life and what happened to her. The same cannot be said for Grace Cutler or Ann Van Zanten. I wonder if even a single person reading this column will recognize their names. That is a tragedy.

Grace and Ann’s names should have been in the news last week because one of their killers was finally arrested after decades of living freely. Yet I could not find a single article, among the many reports of the arrest, which mentioned the victims’ names. Of course, they all mentioned the murderers’ names.

Among the fatalities were two women from Chicago: 66-year-old Grace Cutler and 31-year-old Ann Van Zanten, the curator of architectural collections at the Chicago Historical Society. Ann’s husband, David, a professor at Northwestern University, was among the injured.

Hamada and Abu Zayed escaped. U.S. law permits capturing foreign terrorists who have killed Americans and bringing them to the United States for trial and punishment. Yet the U.S. government has never shown any interest in capturing the murderers of Grace and Ann. Hamada and Abu Zayed are not even included in the State Department’s “Rewards for Justice” program, which offers rewards for information leading to the capture of killers of Americans abroad.

In March 2015, France revealed that Hamada and Abu Zayed were living in Norway, and that two other terrorists connected to the attack, Mahmoud Khader Abed and Zuhair al-Abbasi, were living in the Palestinian Authority and Jordan, respectively. To protect al-Abbasi, the Jordanians “arrested” him and then quickly released him on bail.

That year, the Obama administration gave the Palestinian Authority $500 million in aid. Yet it never demanded that the P.A. hand over Abed. The Trump administration currently gives Jordan $1.5 billion annually. Yet it has never demanded that Jordan hand over al-Abbasi. Nor does it demand extradition in the similar case of Ahmed Tamimi, who was involved in the murder of Malki Roth in the Sbarro restaurant bombing on Aug. 9, 2001 in Jerusalem during the lunch hour, killing 15 civilians, including seven children and a pregnant woman, and wounding 130.

The French asked Norway to surrender Abu Zayed. The Norwegians refused. The United States, which does more than $12 billion in trade annually with Norway, evidently did not consider the murderers of Grace and Ann important enough to demand that Norway surrender the terrorists.

In recent weeks, the French were able to obtain additional information about Abu Zayed and renewed their request to extradite him. At the moment, he is in Norwegian custody while the authorities there consider the French request.

The Norwegians may well decide (again) to reject France’s demand. Politically or financially, the French may not have sufficient clout to force Norway’s hand. But America is the most powerful country in the world. Norway cannot refuse a serious U.S. demand to hand him over. Nor can Jordan refuse a serious American demand to surrender al-Abbasi.

And if the United States really wanted to capture Mahmoud Khader Abed, who resides in the P.A. capital of Ramallah, I have no doubt that it could find a way to get him. U.S. counterterrorism agents are well-known for their ability to apprehend or eliminate terrorists around the world.

Yet so far, the Trump administration has been silent. No extradition requests. No rewards for information leading to the terrorists’ capture. Not even a statement of sympathy for the Cutler and Van Zanten families as they endure the harrowing process of watching Norway and France wrangle over the legal technicalities of justice for their loved ones.

And what about the American Jewish community? Where are the memorial rallies and candle-lit vigils for Grace and Anne? Where are the demands to bring the killers to American justice? Where are the letter-writing campaigns to press the Trump administration to act?

As Americans, we have a moral obligation to demand justice for American victims of Palestinian Arab terrorism. So, let’s start by saying their names: Grace Cutler. Ann Van Zanten. Say their names. Again and again. Maybe if we say them often enough, and loud enough, somebody will finally listen.