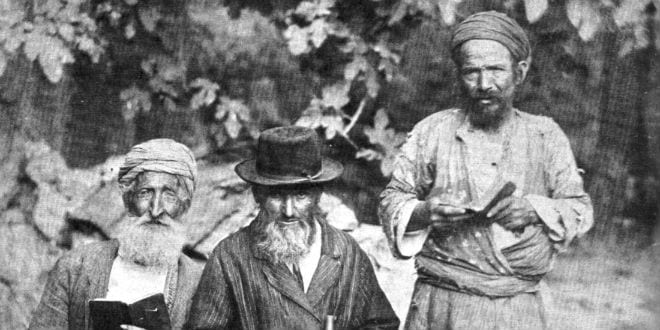 Turkey’s President Recep Tayyip Erdoğan has high ambitions. He wants to take his country back to what he perceives as the glory days of the Ottoman Empire, but the leader, who has been described as “pugnacious” and has been at the pinnacle of power since 2002, appears to be leading the country down the wrong path as he quashes secularism, supports radical Islamism, suppresses democratic reforms and adopts a forceful foreign-policy approach that aims to assert Turkish hegemony in the region.

With an eye on his party’s conservative and religious support base as his popularity dips amid an economic downturn, Erdoğan recently converted two Istanbul landmarks operating as museums—the Hagia Sophia and the Church of St. Saviour in Chora—into mosques in a bid to flex his Islamist muscles. And now, with his attention turned to Greece and Libya, Erdoğan seems to be looking for regional dominance. The question is how all this bodes for Israel.

Gallia Lindenstrauss, a senior research fellow at the Institute for National Security Studies who specializes in Turkish foreign policy, told JNS that Erdoğan’s actions are influenced by the “transformation of the international system from a unipolar system to a multipolar one.”

The perception that the United States is planning to significantly reduce its military presence in the Middle East—announced by U.S. President Donald Trump this week—and the power vacuums that have emerged as one of the consequences of the Arab upheavals “are causing several actors, including Turkey, to act in a more assertive manner,” she said.

Lindenstrauss noted that Turkey’s bellicose behavior stems from its perception that “in the current international context, acting aggressively doesn’t necessarily incur major costs from the global powers and hence the temptation to act this way is greater,” she said.

With Erdoğan’s Islamist identity and close ties with Muslim Brotherhood, Qatar and Hamas, this triangle seems dangerous for Israel. Is it a real threat?

“After the fall of [former Egyptian President] Mohammed Morsi, Turkey became the leader of the Muslim brotherhood axis in the Middle East,” she said. “This is a cause of concern in Israel, and there is now greater awareness of Hamas military activity on Turkish soil.”

“Likewise, there is greater suspicion with regard to Turkey’s government agencies and NGO activities in Israel and in the Palestinian territories, and Israel is less open to Turkish initiatives to assist the Palestinians,” she said. “The fact that Turkey is seen as the leader of the Muslim Brotherhood axis is even a greater problem in the eyes of the pragmatic Sunni states Israel is cooperating with.”

Lindenstrauss suggested that one of the reasons Israel and the United Arab Emirates have worked out a normalization agreement between them is related to “the growing concerns from Turkey’s greater role in the region.”

‘A fusion of nationalism and Islamism’

Efraim Inbar, president of the Jerusalem Institute for Strategy and Security, told JNS that as an Islamist, Erdoğan “has no great love for Jews and for Israel.”

According to Inbar, “Erdoğan believes that Turkey has a great destiny and should be a world power. The fact that the U.S. is slowly reducing its footprint in the Middle East adds to even greater freedom of action for Turkey in regional affairs.”

He noted that Erdoğan is not only a leader with an Islamist ideology, but a realpolitik player. Turkey is in Iraq and Syria, and has a military base in Qatar and in Somalia. Erdoğan tried to build a base in Sudan, and now he is busy in Libya. As part of this new Turkish nationalism, he is challenging the border with Greece, essentially seeking to reverse the 1923 Treaty of Lausanne, which officially ended the Ottoman Empire.

“There is a fusion here of nationalism and Islamism between Turkish nationalism with its roots in Islam, the Caliphate and the Ottoman Empire,” said Inbar. “There is a clear alliance between Turkey and Qatar, which both support the Muslim Brotherhood.”

He also noted that Turkey provides Hamas members with passports, which gives them greater freedom of movement.

“Erdoğan is a very successful politician, a good speaker and charismatic,” he said. “Going after Israel gets him votes and makes him popular in the Muslim world, which he wants to lead, so Israel is a good target for him.”

With all of Erdoğan’s saber-rattling over Israel, it’s business as usual, however, as most Turkish exports to the Arab world are shipped through the port of Haifa.