As for the foreigners Who attach themselves to Hashem, To minister to Him, And to love the name of Hashem, To be His servants— All who keep the Shabbat and do not profane it, And who hold fast to My covenant— I will bring them to My sacred mount And let them rejoice in My house of prayer. 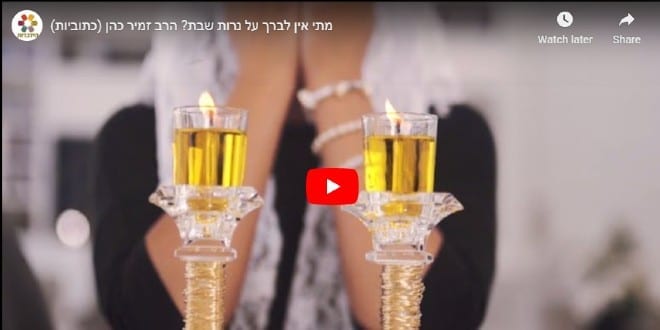 As part of the growing relations between the United Arab Emirates and Israel, a cooperative virtual event was held bringing Jews together from the two countries welcoming in the Sabbath. Remarkably, Jewish tradition describes a double Sabbath as being the precursor to redemption.

Conducted via a video-conferencing platform, the event held three weeks ago included the Minister of Diaspora Affairs, MK Omer Yankelevich, the official president of the Jewish communities in the UAE – Ross Kriel, and the official rabbi of the community, Rabbi Yehuda Sarna, along with Israeli and UAE youth.

How good and how pleasant it is that brothers dwell together. Psalms 133:1

A young participant sang the Ishy Bilady, the national anthem of the United Arab Emirates. Members of the Firqat Alnoor Israeli classical orchestra of near-Eastern music also participated in the event playing HaTikva (“the hope”), the Israeli national anthem.

”On behalf of all the Jewish communities in the UAE, I would like to express our appreciation to the Minister of Diaspora, Omer Yankelevich, who honored us at the Sabbath reception. Her presence and warm words move us and warm our hearts. We are full of hope. For peace will bring with it prosperity and unity among all the Jews of the world.”

The rabbi of the community, Rabbi Yehuda Sarna, said:

”This is a day that will never be forgotten. This is the first time, ever, that a minister and a Knesset member from the State of Israel addressed us and held a Sabbath reception with the Jewish community of the United Arab Emirates.”

No less remarkable was a tweet posted by the UAE Foreign Ministry Strategic Communications Director Hend al-Otaiba wished followers on Twitter a “Shabbat Shalom” in English, Hebrew, and Arabic, calling it a “historic week of peace.”

The dual celebration has particular significance as it is written in the Talmud (Shabbat 118b): Rav Yochanan said in the name of Rabbi Shim’on bar Yochai: If Israel were to keep two Shabbatot according to the laws [of Shabbat], they would be redeemed immediately.

The Sanhedrin has been advocating the expansion of Sabbath observance with the goal of hastening the redemption. Rabbi Yoel Schwartz, head of the Sanhedrin’s Noahide Court and of the Dvar Yerushalayim Yeshiva, put out a call for the nations to keep the Sabbath and for the Jews to help them in this mission. He noted that this was described by the Prophet Isaiah as a precursor to the Messiah:

As for the foreigners Who attach themselves to Hashem, To minister to Him, And to love the name of Hashem, To be His servants— All who keep the Shabbat and do not profane it, And who hold fast to My covenant— I will bring them to My sacred mount And let them rejoice in My house of prayer. Their burnt offerings and sacrifices Shall be welcome on My mizbayach; For My House shall be called A house of prayer for all peoples.” Isaiah 56:6-7