The Battle for Belarus

Home » The Battle for Belarus 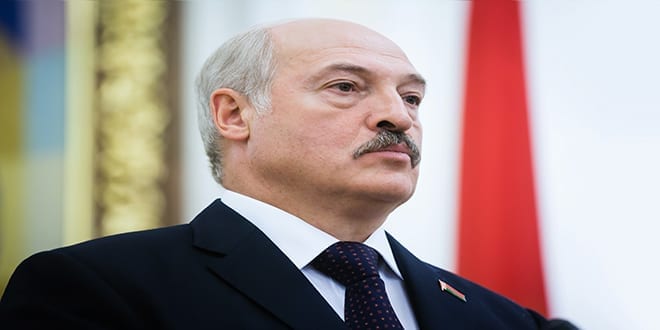 It was once thought probable, if not inevitable, that from the ashes of the USSR would arise liberal democracies. But few Soviet republics have become real republics.

Belarus has seemed a particularly hopeless case. A nation of fewer than 10 million on Russia’s western border, it proclaimed its independence in 1991. Three years later, Alexander Lukashenko, a former Soviet border guard and collective farm director (with all the charm and empathy such a background might suggest) was elected president in what may have been a reasonably free and fair election. Since then, elections in the country certainly have not been.

Prior to the most recent, on Aug. 9, would-be challengers were denied registration, imprisoned or forced to flee the country. The wife of one, Svetlana Tikhanovskaya, got on the ballot after the arrest of her husband, Sergei Tikhanovsky.

President Lukashenko was unconcerned about this former teacher and stay-at-home mother. A woman president “would collapse, poor thing,” he told workers at a tractor factory in May.

When the official poll results were announced—a whopping 80 percent for President Lukashenko, no more than 10 percent for Tikhanovskaya—disbelieving and furious Belarusians by the tens of thousands took to the streets to peacefully protest—no looting, no rioting, no burning. They displayed signs reading: “We want fair elections” and “Stop the regime machine.”

The dictator cracked down: thousands arrested, hundreds of credible reports of serious torture. Officers of the KGB—that’s what his intelligence agency is still called—went into factories and warned workers they could lose their jobs if they weren’t careful.

Tikhanovskaya fled across the border to Lithuania, where she had sent her two children, ages five and 10, prior to the election. For more than a week, she holed up, saying nothing publicly.

Then, a few days ago, she gave an interview to the BBC. Her English was impeccable. The reason why is interesting. In 1986, the Chernobyl Nuclear Power Plant in Soviet Ukraine exploded. Seventy percent of the radioactive fallout blew north, contaminating much of Belarus. Charities sent thousands of children out of the country. Tikhanovskaya, then 12 years old, was among them. She went to Ireland where she rapidly mastered the language of her hosts.

In the interview, she comes across as modest, committed and principled. She says: “I’m not a leader by nature. But if it’s my fate and my mission now, I have to be a leader.”

She says people voted for her “not as a future president but just like a symbol of change.” And: “I want Belarusians to live in a free country, where they are not afraid to speak.” And: “I don’t believe I can win.  But I believe the people can win. I believe in the Belarusian people the way they believed in me.”

Vladimir Putin, Russia’s de facto president-for-life, has been watching. He would not be pleased to see Belarus with a government that permits basic freedoms. What kind of example would that set for those he rules?

Last week, he said on state television that he had assembled a team—police, soldiers, paramilitary, he wasn’t specific—to intervene should the situation in Belarus spin out of control. If Lukashenko wants Putin’s muscle, might he do the spinning himself? I think he might.

But I also think Putin is ambivalent about Lukashenko (whom he perhaps regards as a JV version of himself) and uncertain about what best suits his interests.

The protesters are not proposing that Belarus join the European Union or NATO. Historically and culturally, Belarusians are closely linked with Russia, and almost all speak Russian rather than Belarusian, a related Slavic tongue.

The protesters haven’t burned Russian flags. Some have even waved them. If Putin sends in Russian thugs to crack Belarusian skulls, that could change.

Putin also has a rather full plate these days. He has been intervening militarily in Syria for five years, helping Iran’s rulers prop up the mass-murdering Assad dictatorship. He’s had forces backing a separatist insurgency in eastern Ukraine since 2014.

In Khabarovsk in Russia’s far east, anti-Kremlin demonstrations have persisted throughout the summer. Last month, Alexei Navalny, the most important Russian opposition leader, apparently drank a cup of poisoned tea while on a commercial flight from Siberia. His supporters quickly flew him to Berlin for treatment—they didn’t trust Russian hospitals—where, at last report, he was stable but in a medically induced coma. Putin’s press secretary said there’s no reason for a criminal probe.

European Union foreign ministers announced last week that they are preparing sanctions against about 20 Belarusian officials responsible for “violence, repression and the falsification of election results.” It’s not clear whether Lukashenko will be on the list. Lithuanian Foreign Minister Linas Linkevičius called the E.U. response “definitely not sufficient.”

The Trump administration appears to be weighing its options. “We want good outcomes for the Belarusian people, and we’ll take actions consistent with that,” said Secretary of State Mike Pompeo.

The Belarus Democracy Act, signed into law by President George W. Bush in 2004 and updated by President Obama in 2012, authorizes assistance for Belarusians working for democratic reform.

My two kopeks: I don’t believe that the United States has the skills necessary to export liberal democracy. But supporting those fighting for their unalienable rights conforms with American values and promotes American interests.

It’s become increasingly obvious that the victory of freedom over authoritarianism is not inevitable or maybe even probable—not in Belarus, not in other former Soviet republics, not anywhere. I worry that too many Americans no longer understand how much that matters.