The Rat in Israeli Public Life 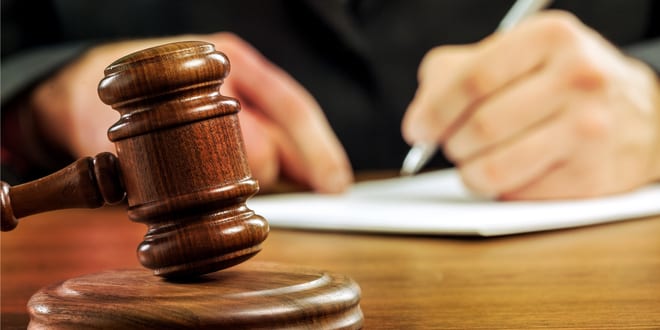 Over the past several weeks, Israelis have been riveted by a new crime drama called “Meniac” or “Rat” whose central character is an investigator in Police Investigations Division of the Justice Ministry, charged with investigating crooked cops. The plot surrounds the main character’s shattering discovery of deeply rooted corruption at all levels of the police and state prosecution.

If the show had aired a 15 years ago, it probably would have flopped. But over the past several years, public faith in the legal system has plummeted. Last November Globes newspaper published a poll showing that 72 percent of Israelis believe police and state prosecutors engage in selective law enforcement. In this climate, Meniac’s success was all but assured.

Almost every day, events occur that reinforce the public’s view that justice in Israel is not blind. Even worse, in Israel’s politicized justice system justices, prosecutors and police investigators have unchecked powers the likes of which no legal system in any other democracy ever possessed.

Consider the events of the past week.

Last Thursday, the Supreme Court issued two rulings. In the first, Supreme Court President Esther Hayut and her deputy Yehuda Melzer order the destruction within three years of the community of Mitzpeh Kramim in the Benjamin District of Judea. The ruling is stunning because from the outset, Mitzpeh Kramim was established under the close supervision of the Justice Ministry. Residents did nothing without Justice Ministry approval.

All the same, Hayut and Meltzer ruled that the property rights of Mitzpe Kramim’s residents should be revoked because, they claimed, in one or two instances over the past eleven years, a government official read a map or a document in an unfair way, in Hayut and Melzer’s opinion.

Two weeks before the Mitzpe Kramim ruling, their colleagues, Justices Meni Mazuz and George Kara prohibited the IDF from carrying out a lawful military order to destroy the home of the terrorist who murdered IDF soldier Sgt. Amit Ben Yigal. Destroying the home would involve “great harm to a number of fundamental rights including harm to property rights and to human dignity.” Their main claim was that they didn’t want to hurt the murderer’s family, which didn’t kill Ben Yigal.

In its second judgment last Thursday, the Court rejected a petition from Likud asking for the publication of the Central Election Commission’s protocols from the recent elections due to wide-scale allegations of vote fraud. Since the Central Elections Commission is chaired by a Supreme Court Justice, the justices might have been expected to err on the side of transparency. But then, why would they do that?

As Likud MK Shlomo Karei said to Mida website after the ruling, the Court wouldn’t even order the publication of election protocols in cases where the suspicion of fraud was overwhelming. As an example, Karei cited the case of 7,000 ballots ostensibly cast by Israeli Arab students. Israel prohibits absentee voting and it turns out that the students “cast” their votes while they were in Jordan. But as far as the Supreme Court is concerned, no one is allowed to question their ballots.

Israel’s unchecked state prosecutors have also been in the news – as usual. Here too, two stories were notable because both give a glimpse at the depths of state prosecutors’ obsession with “getting” Netanyahu and his supporters.

One of the crimes Netanyahu is now standing trial for is bribery. Prosecutors claim that Netanyahu received positive coverage from the Walla news website from its owners Shaul and Iris Alovich and that in exchange he provided regulatory breaks to Bezeq telecommunications company which the Aloviches own.

In July, the Aloviches’ attorneys claimed that the prosecutors had not provided them with accurate protocols of investigation materials. Specifically, their attorneys maintained that the prosecutors had given them a distorted protocol of a conversation between a police investigator and their son, Or Alovich. During the conversation, the investigator had urged their son to encourage his father to fire his attorney Jaques Chen and hire a lawyer who would push him to act as a state witness against Netanyahu. If the action occurred, and it appears it did, the investigator acted illegally and tainted the investigation. The exchange was strangly absent though, from the protocol of the conversation the prosecution gave the Alovich’s lawyer.

On Tuesday, the prosecution changed its response and acknowledged it had not provided the Aloviches with a full protocol of the conversation.

Last Wednesday, Deputy State Prosecutor Nurit Litman issued guidance regarding pursuing prosecutions against demonstrators. She told prosecutors not to indict demonstrators even if during the course of their protests they block roads and defy police orders.

Litman’s guidance regarding non-prosecution of demonstrators is controversial because presently, well-organized leftist protests regularly engage in unlawful actions of the sort she ordered prosecutors not to punish in their weekly demonstrations against Netanyahu in central Jerusalem. They block traffic and ignore and attack police.

When Likud called Liman out for her obvious bias, she responded breezily that the timing of her move was totally coincidental. Nothing to do with the protests against Netanyahu.

The public isn’t stupid. Israelis know state prosecutors were perfectly happy to order the arrest and prosecution of handicapped Israelis when they waged a protest campaign in 2017 and Israelis from Ethiopia who waged protests in 2019.

Israelis on the right remember well how in the lead up to the expulsion and destruction of Israeli communities in Gaza in 2005, under the leadership of then attorney general and now Justice Justice Meni Mazuz, the prosecution waged a campaign of political repression against opponents of the policy. Protesters including minor girls and boys as young as 13, were arrested and held without charge for months or removed from their parents’ homes due to their parents’ political views.

To undermine the protests, Mazuz ordered police to intercept buses travelling to lawful protests. Far from being fired for his efforts, he was appointed to the Supreme Court and his deputies moved up the ladder in the prosecution.

Mountains of articles and studies have been written over the past 25 years showing in explicit detail how the unchecked powers of the legal system have created a monster that is devouring Israeli democracy, rendering election results irrelevant and creating a two-tiered system of justice where law enforcement decision are made based on one’s political views.

These articles and studies have changed nothing though. Because the only institution in Israel capable of checking the justices, the prosecutors and the police is the Knesset. And the Knesset has failed to act. Were Israel’s lawmakers willing, they would curb the uncurbed justices and lawyers and restore Israeli democracy.

To check the court, the Knesset would pass a law barring the justices from overturning legally promulgated laws and another law to ban court interference in executive action, including military orders and operations. As is the case in the United States and other democracies, court decisions on the lawfulness of executive actions would be rendered after the fact. To be clear, the Court’s current power to overturn laws and block government action was never granted it by law. The justices arrogated these powers to themselves and politicians have failed to call them on their action.

To check the prosecution, the Knesset needs to pass laws reordering the and limiting the powers and responsibilities of the Attorney General. Today, the Attorney General is in charge of the state prosecution and also responsible for advising the government on legal issues. Over the years, the Supreme Court has seized the power to appoint the Attorney General by forcing the government to subordinate the appointment to an appointments committee controlled by the court. The attorney general in turn has transformed his advisory opinions into binding ones, massively constraining the government’s ability to advance its lawful goals. So too, the attorney general has asserted his control over his counterparts in all government ministries and the Knesset and arrogated to all of them the power to block ministry actions and Knesset parliamentary procedures.

To end this state of affairs, the Knesset must pass a law disbanding the appointments committee and empowering the government and its ministers to appoint their own legal advisors. The position of attorney general should should split into two separate positions – that of the government’s legal advisor and that of the head of the prosecution. Both should be subordinate to the government.

Politicians ought to be eager to take these actions. After all, it is their powers the lawyers have seized. If they want their positions to have any significance, they need to take them back.

The reason that left wing lawmakers have refused to act is obvious. The legal fraternity shares their world view and pursues their policies for them. As for non-leftist politicians, who currently are the majority of members of Knesset, distressingly, key political leaders who fully understand the stakes are focused on their narrow, personal ambitions and nursing in at least two instances, profound loathing of Netanyahu. Politicians like Israel Beitenu leader Avigdor Liberman, and increasingly, Yemina leader Naftali Bennet are willing to sit back as the legal fraternity absconds with their power as elected officials so long as while doing so, they also rid the political world of Netanyahu.

There is no question that Netanyahu himself shares the blame for the situation. For the better part of the past generation, Netanyahu has been willing to feed the legal tiger believing that it would never come to eat him. But then again, now that his turn has arrived, Israel finally has a prime minister willing to take the necessary action to put a stop to their power grab and so defeat the gravest threat Israel faces as a Jewish and democratic state.

Meniac’s producer received a contract for a second season as soon as the last episode of the first aired on Monday night, and for good reason. The show bravely deals with the biggest threat to public life in Israel today. It’s about time our elected leaders do the same.