Ambassador Michael Oren and the Biblical Influences on His New Book, “The Night Archer”

You shall also seek out from among all the people capable men who fear Hashem, trustworthy men who spurn ill-gotten gain. Set these over them as chiefs of thousands, hundreds, fifties, and tens, and

Home » Ambassador Michael Oren and the Biblical Influences on His New Book, “The Night Archer” 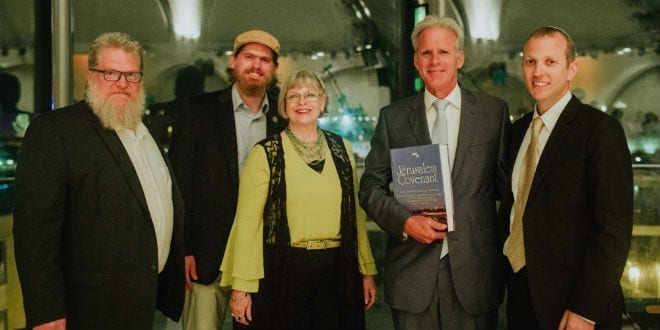 Historian, diplomat, and now fiction writer. Former Israeli ambassador to the US, Michael Oren released this week, “The Night Archer and Other Stories,” and sat down with Rabbi Tuly Weisz of Israel365 for an interview to explain why fiction stories are worth reading for any pro-Israel Evangelical Christian.

Ambassador Oren explained how, as a man of faith, the Bible has a tremendous impact on his love for writing stories, “after all, the Bible is a collection of stories.”

Michael Oren served as Israel’s ambassador to the United States from 2009 to 2013, is a former member of the Knesset for the Kulanu party and a former Deputy Minister in the Prime Minister’s Office. He also is the best selling author of many historical works including, Power, Faith and Fantasy and Six Days of War: June 1967 and the Making of the Modern Middle East.

Dr. Oren told Rabbi Tuly about his deep ties to the Christian community, having served as former Israeli Prime Minister Yitzhak Rabin’s advisor on Christian aﬀairs.  Oren said about his years of interfaith leadership on behalf of the State of Israel, “I basically know every church in the Holy Land!”

In the interview, Oren discusses why pro-Israel Christians should read Jewish fiction and describes the “Paradox of Freedom” which explains why Passover, the holiday of liberation, has so many restrictions.

Finally, Dr. Oren expresses his concern over the upcoming US election, and what he hopes from both candidates Trump and Biden.

After leaving his post in Washington during the Obama administration, Oren was surprisingly critical of President Barack Obama. In a 2015 oped in the Wall Street Journal, “How Obama Abandoned Israel”, Oren accused Obama of deliberately damaging US-Israel relations.

This criticism stands in stark contrast with Oren’s public remarks praising President Trump. “If there’s one thing during the visit that he hammered down the whole time, it’s love, love, love,” Oren said in Jerusalem following Trump’s visit to Israel.

This was not Michael Oren’s first encounter with Israel365.

Oren was the recipient of the Israel365 Jerusalem Covenant at a dinner reception held in 2017 celebrating 50 years since the liberation of Jerusalem. At that time, Rabbi Weisz presented a special edition of the Jerusalem Covenant petition with over 150,000 signatories to the former American ambassador.

In the wide-ranging interview, Oren touches again and again on his two passions: writing and the Bible. According to Oren, fiction in particular, takes a tremendous amount of discipline, “every word has to be considered twenty times,” whereas, “the Bible is the ultimate discipline. The Bible has verse, the Bible has meter and the Bible has stories.”

Click here to order a copy of Michael Oren’s new book, “The Night Archer and Other Stories”