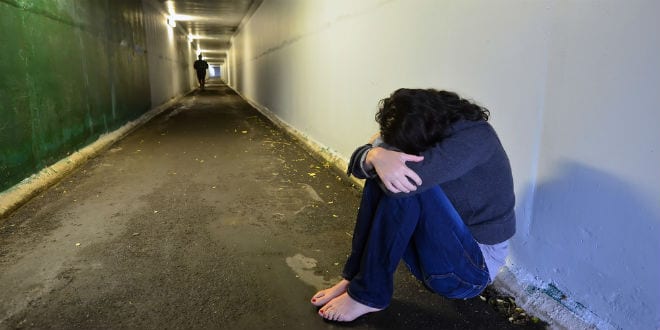 In a sign of societal health, Israelis expressed unified horror at the news of a gang rape that took place earlier this month in the southern resort town of Eilat. Prime Minister Benjamin Netanyahu, Defense Minister Benny Gantz and President Reuven Rivlin were joined by members of Knesset across the political spectrum in condemning the assault on a 16-year-old girl from Ashkelon and in denouncing sexual violence in general.

Demonstrators around the country have been taking to the streets to convey their solidarity with the victim and rail against the legal system for not doing enough to curb the phenomenon. Chanting slogans, such as, “We believe you!” and “I’m not your toy” (the title of Israel’s winning Eurovision Song Contest entry in 2018, performed by Netta Barzilai), protesters are demanding that the government allocate more money to programs aimed at combating violence against women. They are also calling for better medical and psychological care for sexual-abuse victims.

Every media outlet continues to follow and update the story of the girl, who allegedly was raped by multiple men (for what police describe as “many long hours”) at the Red Sea Hotel.

So far, more than 11 suspects have been arrested, among them two in their late 20s and the rest under the age of 18. According to police statements, testimony provided by a female friend who traveled to Eilat with the victim was corroborated by evidence found on the scene. Though law-enforcement officials have yet to release precise details of the event, the outline that has emerged is stomach-turning.

From the bits and pieces of information that continue to unfold, it appears that a large group of men and boys lined up outside the hotel room of the girl, who was drunk, and took their turns ravaging her while nobody on the premises intervened on her behalf.

Feeling the countrywide heat, the hotel management tried to suggest that if a rape took place at all, it must have happened at a different hotel, and denied all knowledge of the event in question. Police weren’t buying it, however, particularly not from owners of an establishment that allows underage drinking on the premises—something seen clearly on closed-circuit TV footage—and doing nothing to prevent the kind of “criminal incidents” that arise from a “dangerous mix of minors, alcohol and scorching sun.”

Furthermore, one suspect told his interrogators that the hotel manager saw what was going on and looked the other way. The manager, Pnina Maman, was put on house arrest for failing to prevent a crime and obstructing a police investigation. In her hearing, she denied the charges, weeping that she herself had been raped at the age of 14 and has suffered from anxiety since then.

In a hidden-camera conversation broadcast on Sunday evening by Israel’s Channel 12, the hotel’s security chief, who had not been on duty during the night of the rape, was smug about the whole episode. Not only did he defend the hotel, saying almost sarcastically that it’s “easy to complain to us,” but added that the “girl and her friend had a hand in the affair.”

When pushed to explain what he meant by that, he gave a vague reply about all the facts not being out yet, implying that consent had been involved.

But a group of guys having sex, one after the other, with an inebriated teenager is viewed rightly by the bulk of the Israeli public as rape. This is regardless of so-called “consent,” which the girl in this case—as even police believe—did not appear to have given.

Thankfully, the majority is devastated not only by the baseness of the perpetrators but by the absence of any witnesses with a moral compass.

This same type of shameful behavior was on display last summer in Aya Napa, when 12 Israeli teenagers and young men engaged in what they claimed—and later proved in court—was consensual sex with a 19-year-old British tourist. Though cleared of rape charges by the Cypriot legal system, at home in Israel they were perceived as lacking all sense of decency—except by their mothers and fathers, who gave them a heroes’ welcome upon their return, rather than a slap in the face for shaming themselves and their families by treating a woman so unconscionably.

Alas, the solutions being called for by the distraught populace are so trite and tired that they sound more like mantras than well-thought-out ideas. Examples range from the need for better sex education in schools to the prohibition of sexually explicit and exploitative advertisements. They also include calls for harsher penalties for sex offenders, stepped-up rehabilitation efforts and post-prison monitoring.

The trouble is that while there is a national consensus about the evils of rape and other forms of sexual abuse, there is little agreement on the root causes of the problem. It is unthinkable among liberal-minded Israelis today, for example, to suggest that girls are vulnerable and need protection from boys. It is even more egregious to warn women that their attire may put them in danger. The former comes off as condescending at best; the latter as a form of victim-blaming at worst.

It is not even possible, apparently, for parents to forbid their teenage daughters and sons from going off to resort towns in Israel and abroad with no adult supervision but lots of cash for booze and non-medicinal marijuana.

Indeed, while pundits decried the Red Sea Hotel’s failure to check the age of its alcohol-consuming guests, not a single commentator even raised an eyebrow at the common practice of kids who are not yet old enough to drive by themselves renting hotel rooms alone, far away from the watchful eyes of their parents.

Putting a stop to this custom won’t eradicate rape; nor will being honest about female helplessness in precarious situations with predatory males. But a combination of both would be a good start.