Why Some in Israel are Concerned by a U.S. Sale of F-35s to the UAE

Home » Why Some in Israel are Concerned by a U.S. Sale of F-35s to the UAE 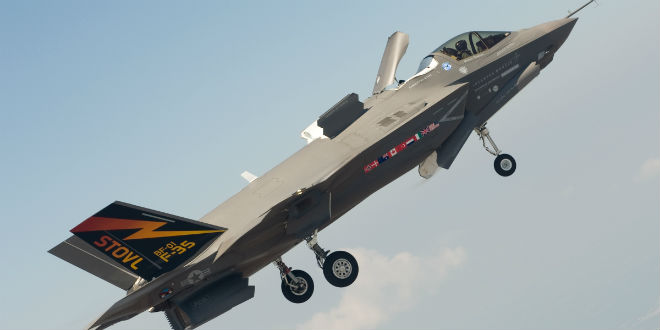 The landmark and historic agreement to normalize relations between the United Arab Emirates and Israel drew celebrations in both the Gulf and in Israel in recent days, but a media storm over the potential U.S. sale of F-35 fighter jets to the UAE has accompanied news of the pact.

During a visit to Israel on Monday, U.S. Secretary of State Mike Pompeo sought to address the concern over the F-35s, and reiterated the U.S. commitment to Israel’s qualitative military edge (QME), while also signaling to the UAE that it would gain from future U.S. military sales.

“We have a 20-plus-year security relationship with the United Arab Emirates as well, where we have provided them with technical assistance and military assistance and we will now continue to review that process,” Pompeo said, citing the threat from Iran as a chief reason to help secure the UAE.

“We are deeply committed to doing that and achieving that and will do it in a way that preserves our commitment to Israel as well,” Pompeo said.

In principle, the Israeli defense establishment opposes the sale of advanced weapons systems that undermine Israel’s qualitative military edge in the Middle East – even to the friendliest of Arab states. While there have been multiple reports of Israeli cooperation with Arab states on intelligence sharing and other types of defense technology, this has not canceled out the traditional objection of the defense establishment to acquisitions that can undermine Israel’s military edge – an edge that is protected by U.S. law, which obligates Congress to veto sales that violate Israel’s military advantage.

The reason for this objection is tied to two potential scenarios that could play out in the long term in the region. The first is an ambitious arms race, which is already underway among regional rivals, and the second is the threat of instability that could see current governments toppled and replaced with less friendly forces, as has occurred in Egypt, armed with F-16 and M1 Abrams tanks, during the rise of the Muslim Brotherhood power in 2012 with the election of Muhammed Morsi.

In 2013, General Fattah el-Sisi overthrew Morsi in a coup, and returned Egypt to its regional orbit, leading to sighs of relief in Jerusalem.

Should a precedent be set by selling the advanced F-35 fighter jet to an Arab state, even to one with a low risk of an Islamist coup like the UAE, it would only be natural for other states, like Saudi Arabia and Egypt, which have acute security challenges, to demand the cutting edge aircraft for themselves.

Col. (res.) Udi Evental, a senior research fellow at the Institute for Policy and Strategy, at the Interdisciplinary Center in Herzliya, noted in a recent op-ed for Ynet that “a loss of the F-35 monopoly erode Israel’s air superiority and freedom of maneuver in the region, which form a central pillar in the quality edge in its favor.”

Evental, who served as the former head of the Strategic Planning Unit of the Political-Military and Policy Bureau of the Israeli Defense Ministry, noted that Israel’s military advantage has already been eroding in recent decades due to the trend of regional states stocking up on advanced Western and Russian weapons, “at a massive scale estimated at more than 400 billion dollars.”

Pointing out that military threats are composed of intentions and capabilities, Evental argued that without hostile intentions, advanced weapons systems form a “potential threat only. With that, from the moment such systems enter the region, they turn into a set component, almost part of the geography, and in a future scenario of a change in intentions and orientation, they could quickly turn into a heavy and direct threat against us.”

He pointed to the examples of Iran, a former ally of Israel that was armed with U.S.-made F-14 jets prior to the 1979 Islamic revolution, and Turkey, a NATO-member that is increasingly hostile to Israel and the U.S. Once the UAE would get the aircraft, Evental said, “all of the Gulf states and Egypt will demand to purchase the plane from the U.S.,” a scenario that could spark “a regional arms race, and end up killing the U.S.’s qualitative military edge law, designed to ensure our military edge.”

Such concerns were hinted at by Defense Minister Benny Gantz, who told the visiting Pompeo, that “we will work together with the U.S. to ensure Israel’s military and technological edge, which is a vital condition for the country’s regional stability and security in the face of challenges in the Middle East.” On August 6, the Israel Air Force announced that its second F-35 squadron had become operational. Israel currently has 27 F-35 aircraft and is due to possessing 50 – two squadrons – by 2024. It is considering the purchase of a third squadron.

In addition to its stealth capabilities, the aircraft’s ability to automatically fuse intelligence data and operate advanced ‘air networks’ that detect and strike targets before the jets themselves can be detected, make them a major asset.

The first operational use of F-35s was made by Israel in 2018, likely against Iranian targets in Syria.

The jet can evade the various enemy radar systems deployed in Syria, which has one of the highest concentrations of air defense systems in the world.

The jet has begun to play a key role in Israel’s campaign to disrupt Iran and its proxies from creating forward military attack zone in Syria.

As Israel considers its third F-35 squadron, other regional states will be keen to acquire this cutting edge jet for their own security needs.