Analysis: Trump to Back Sovereignty over Judea-Samaria before Election

“Like channeled water is the mind of the king in Hashem‘s hand; He directs it to whatever He wishes.”

Home » Analysis: Trump to Back Sovereignty over Judea-Samaria before Election 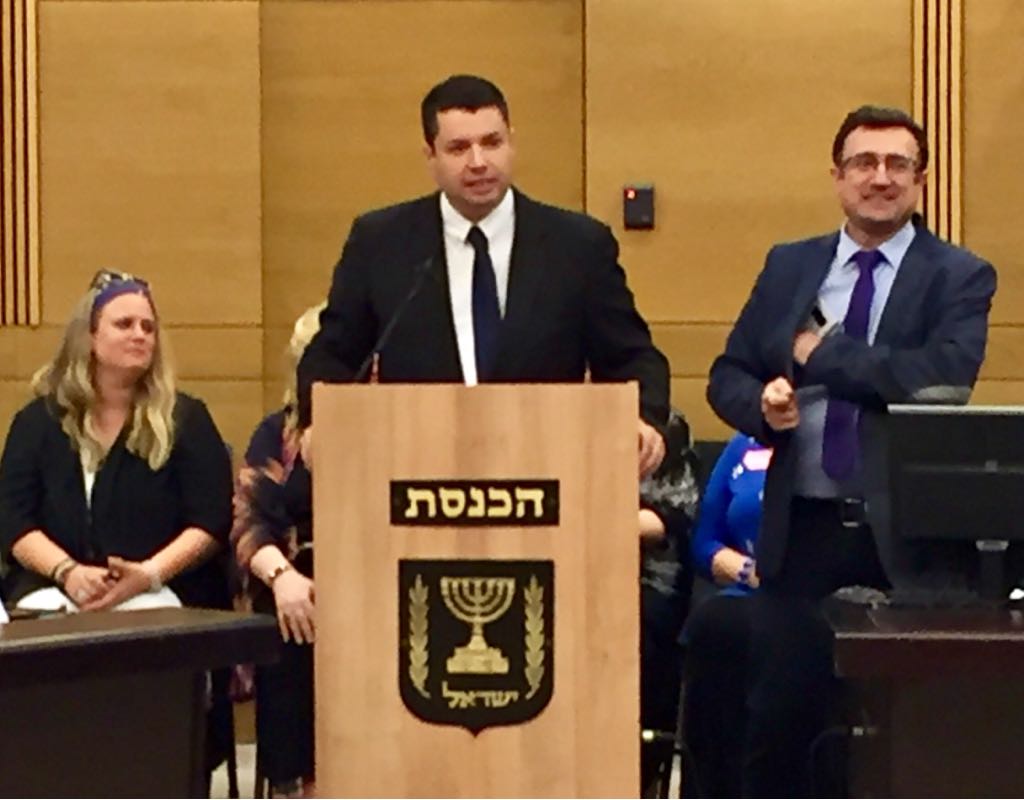 The Trump-brokered peace agreement between Israel and the United Arab Emirates opened a floodgate of Arab countries clamoring to make similar agreements with Israel. Though peace in the Middle East has been an aspiration of many US presidents, recent developments indicate that President Trump may actually achieve this.

Having been Director of the Knesset Christian Allies Caucus since its inception in 2004, Joshua Reinstein is intimately familiar with the political connection that binds American evangelicals with Israel. As such, he believes that the key to the next election lies in this US-Holy Land connection.

“The deciding factor in the upcoming elections will be voter turnout,” Reinstein told Breaking Israel News. “The Democrats are trying to make the elections about the coronavirus but it will really come down to how Trump relates to sovereignty. That is what the Christians, who make up a large part of his voter base, want. That is what will motivate them to get out and vote.”

“Doing that will bring out a massive response from the Christian voters,” Reinstein said. “Right now, the election is at 50-50. The decision to support sovereignty over Judea and Samaria will sway the election in his favor.”

“The base of the Republican party are Bible-believing Christians. If they come out in force, Trump is going to win the election. And the number one issue that will do that is the declaration of sovereignty in the Biblical heartland of Judea and Samaria.”

When you enter the land that Hashem your God is giving you as a heritage, and you possess it and settle in it (Deuteronomy 26:1)

“I’ve been involved in a lot of the discourse between Israel and the Trump administration and I believe that the administration understands this very well. That is why I think that Donald UAE will announce American support of sovereignty over Judea and Samaria before the election. Like Secretary of State, Mike Pompeo said in June, Trump will probably declare that the choice of whether or not to declare sovereignty lies with Israel and his administration will support whatever Israel decides.”

Reinstein noted that Trump acknowledged precisely this last week at a campaign rally in Oshkosh, Wisconsin when he said that “moving the embassy was for the evangelicals.”

“He knows what his voter base wants and he will do more for them before the elections,” Reinstein noted, adding that in the same vein, the peace agreement with the United Arab Emirates was a “crown achievement.”

“The agreement with the UAE was the first peace agreement with an Arab nation in 25 years and the first-ever that was not based on a land for peace narrative. This was part of an overriding doctrine of peace through strength,” Reinstein said. “When he announced his intention to move the embassy, Trump’s detractors warned that this would lead to an intifada. They said the same about recognizing Israel’s sovereignty in the Golan. They are saying this now about sovereignty in Judea and Samaria. What actually came out of this was the deal with the UAE. This proves that when Israel is strong, anything is possible. When Israel is weak, it leads to violence and more destructive policies. Trump led us away from the horribly destructive policies of land for peace and releasing terrorists with blood on their hands. What really works in the Middle East is peace through strength. Donald Trump proved that. Not only are his pro-Israel policies popular, but they work, bringing peace in ways that have never been tried before.”

“I think people on the left are reluctant to acknowledge this achievement because peace with the UAE just emphasized the decades of failed policy,” Reinstein said. “Land for peace led to suffering for both the Palestinians and Israelis.”

Though Reinstein does not have inside sources, he does have an insider’s insight that is almost prescient. In 2014, well before Trump was elected and while Israel was still suffering under the anti-Israel policies of the Obama administration, Reinstein, who is also the president of the Israel Allies Foundation, made a list in 2014 of ten pro-Israel policies his group hoped to see come to fruition.

“Our goal in 2014 was to accomplish one of these goals in the next five years,” Reinstein said. “Donald Trump has accomplished nine in the last three years. If any other president accomplished even one of these goals, it would have been a huge accomplishment and that president would have been lauded as a pro-Israel president. President Trump accomplished nine goals so fast that people didn’t realize it. People don’t realize how huge it was that he defunded UNRWA, the organization that was single-handedly responsible for perpetuating the myth of the Palestinian refugee.”

“And I am sure that the last goal, sovereignty over Judea, Samaria and the Jordan Valley, is right around the corner,” Reinstein said. “The power of faith-based diplomacy is that when Christians get involved with issues pertaining to Israel, they’ve seen incredible success. That is why both Israel and Trump have seen incredible successes in the past three-and-a-half years.”

His book, Titus, Trump and the Triumph of Israel; The Power of Faith-Based Diplomacy, is available for pre-order and will be released on September 1. The theme of the book can be summed up in one sentence:

“If people don’t look at Israel through a biblical point of view, then you miss the story of what is happening now,” Reinstein said. “That is why Christians understand what is happening in Israel more than anyone else because they believe in the Bible.